The Horten H.IX, RLM designation Ho 229 (often called Gotha Go 229 due to the identity of the chosen manufacturer of the aircraft) was a German prototype fighter/bomber designed by Reimar and Walter Horten and built by Gothaer Waggonfabrik late in World War II. It was the first pure flying wing powered by jet engines.
It was given the personal approval of German Luftwaffen Reichsmarschall Hermann Göring, and was the only aircraft to come close to meeting his "3×1000" performance requirements, namely to carry 1,000 kilograms (2,200 lb) of bombs a distance of 1,000 kilometres (620 mi) with a speed of 1,000 kilometres per hour (620 mph). Its ceiling was 15,000 metres (49,000 ft).
Since the appearance of the B-2 Spirit flying wing stealth bomber in the 1990s, its similarities in role and shape to the Ho 229 has led many to retrospectively describe the Ho 229 as "the first stealth bomber". A significantly coarsely built replica of a captured and disassembled Ho 229 was later tested by the US military who found the basic shape and paint composition of the mock copy would provide for 20% reduction in detection range against the Chain Home radar of the 1940s, but no significant stealth benefit against most other contemporary radar systems. 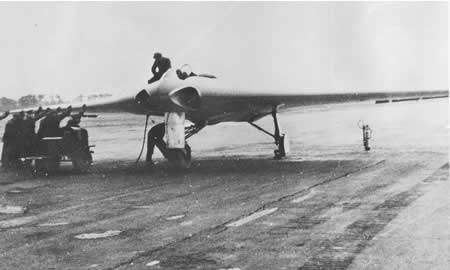 There is still no model-kit of the Horten Ho IX in 1/144 scale, so I built this one scratch of wood and plastic-parts. 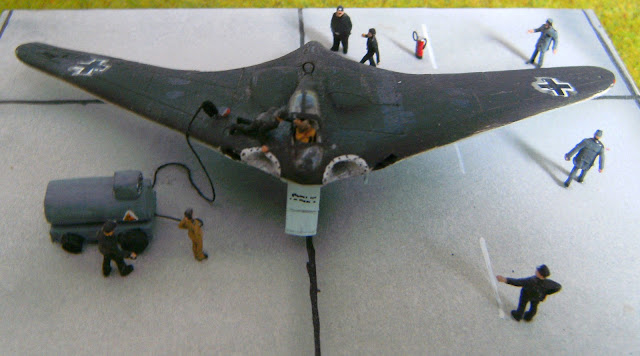 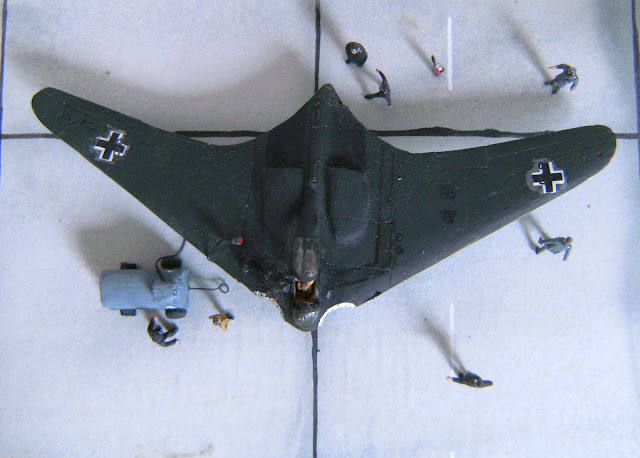 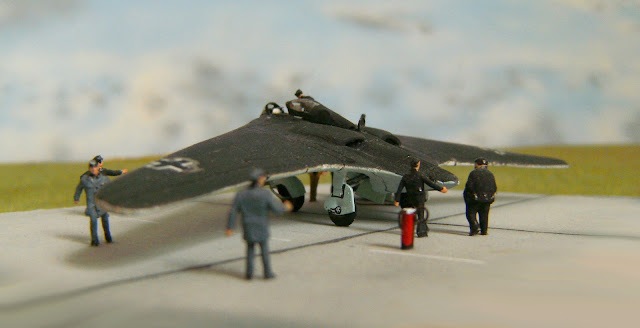 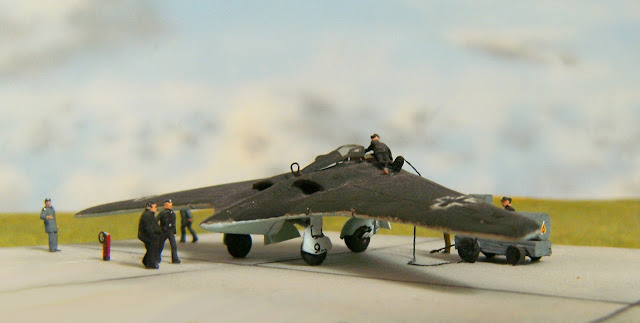 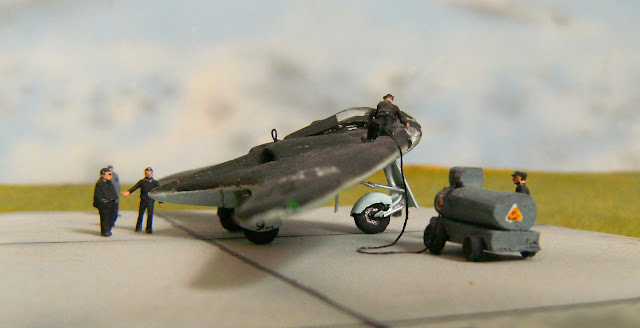 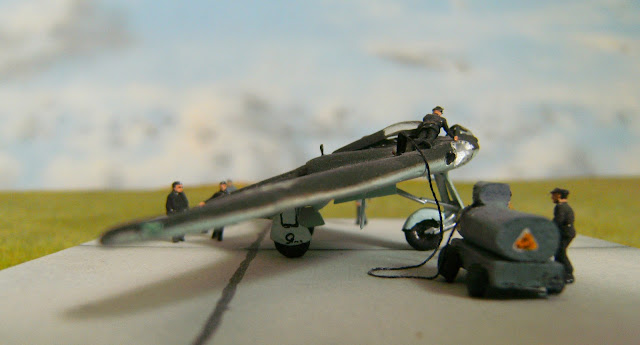 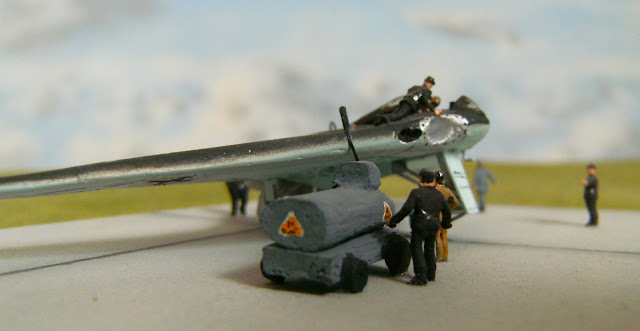 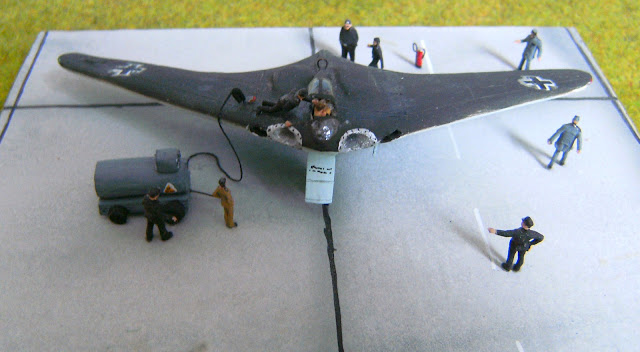 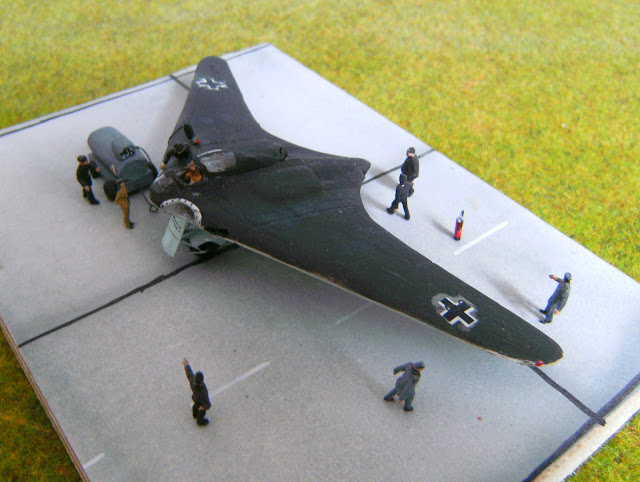 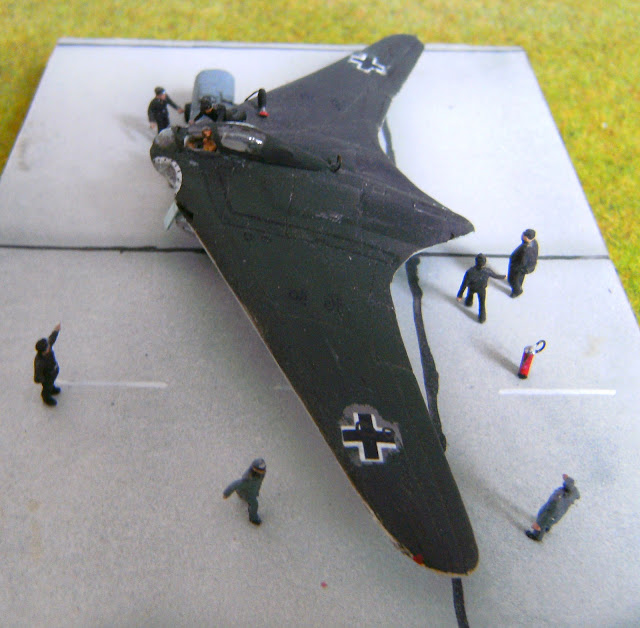 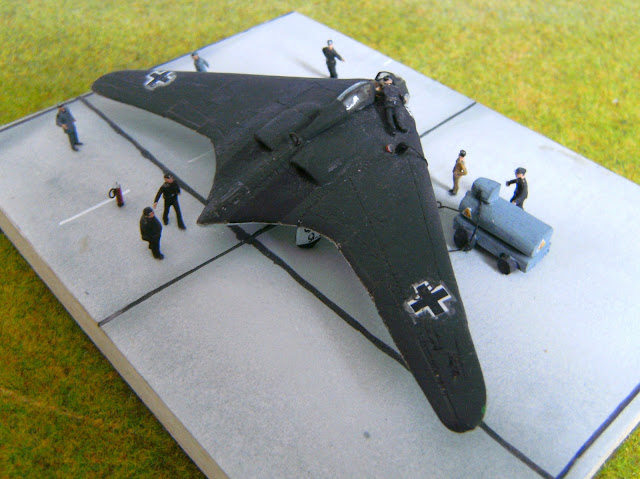 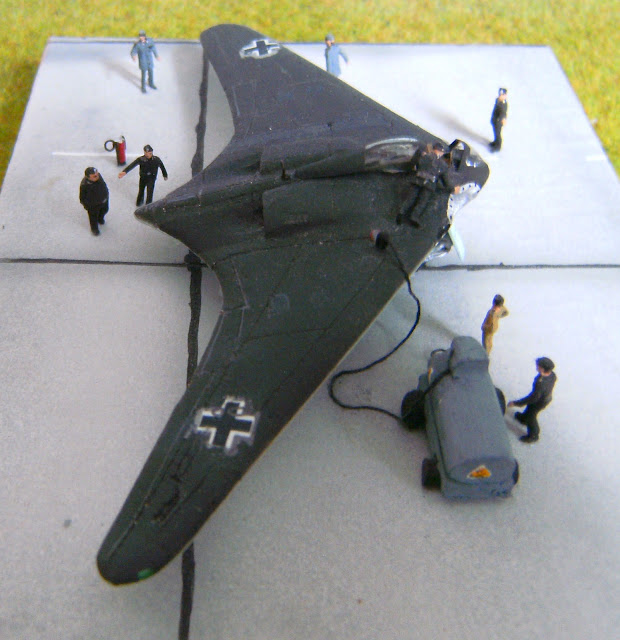 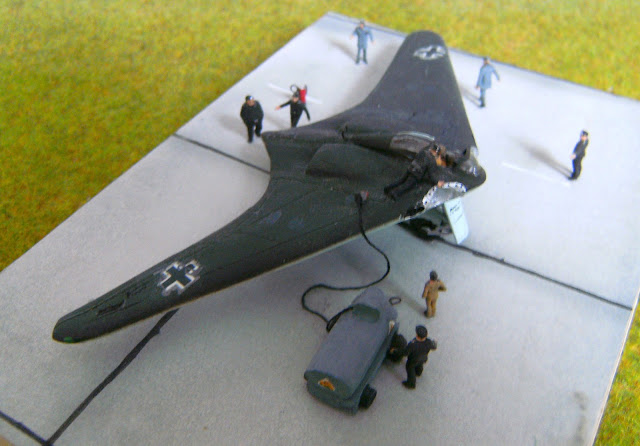 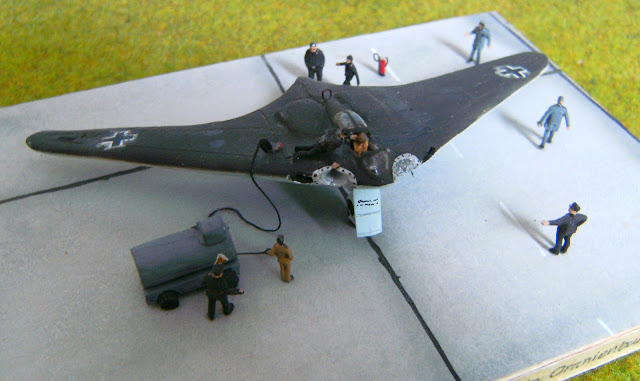