The American Lockheed XFV (sometimes referred to as the Salmon) was an experimental tailsitter prototype aircraft built by Lockheed in the early 1950s to demonstrate the operation of a vertical takeoff and landing fighter for protecting convoys.

To begin flight testing, a temporary non-retractable undercarriage with long braced V-legs was attached to the fuselage, and fixed tail wheels attached to the lower pair of fins. In this form, the aircraft was trucked to Edwards AFB in November 1953 for ground testing and taxiing trials. During one of these tests, at a time when the aft section of the large spinner had not yet been fitted, Lockheed Chief Test Pilot Herman "Fish" Salmon managed to taxi the aircraft past the liftoff speed, and the aircraft made a brief hop on 22 December 1953. The official first flight took place on 16 June 1954.
Full VTOL testing at Edwards AFB was delayed pending the availability of the 7,100 shp YT40-A-14, which never materialized. After the brief unintentional hop, the aircraft made a total of 32 flights. All further XFV-1 flights did not involve any vertical takeoffs or landings. The XFV-1 was able to make a few transitions in flight from the conventional to the vertical flight mode and back, and had briefly held in hover at altitude. Performance remained limited by the confines of the flight test regime. With the realization that the XFV's top speeds would be eclipsed easily by contemporary fighters and that only highly-experienced pilots could fly the aircraft, the project was cancelled in June 1955. 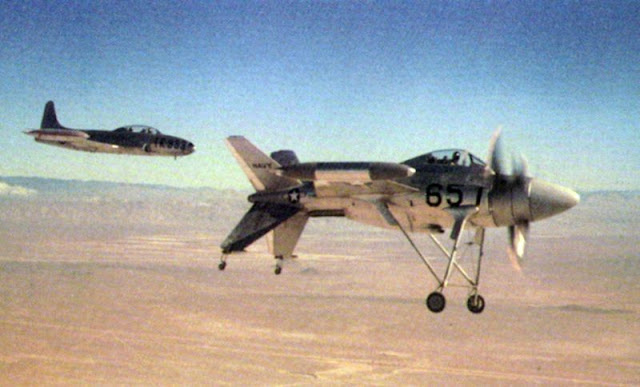 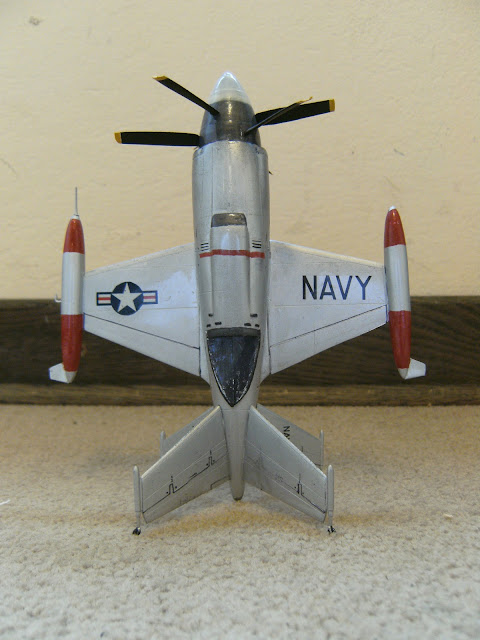 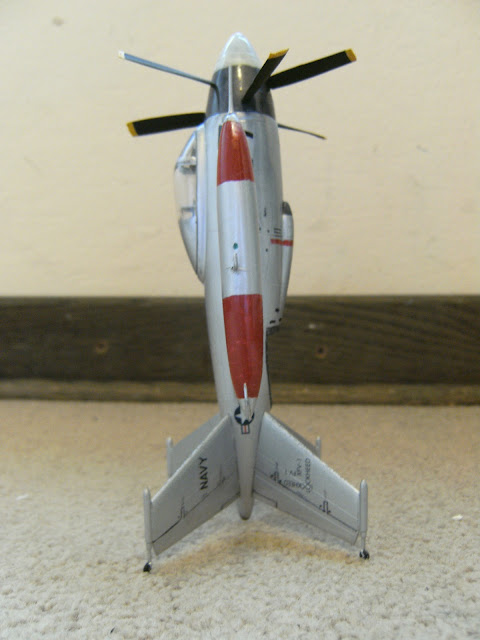 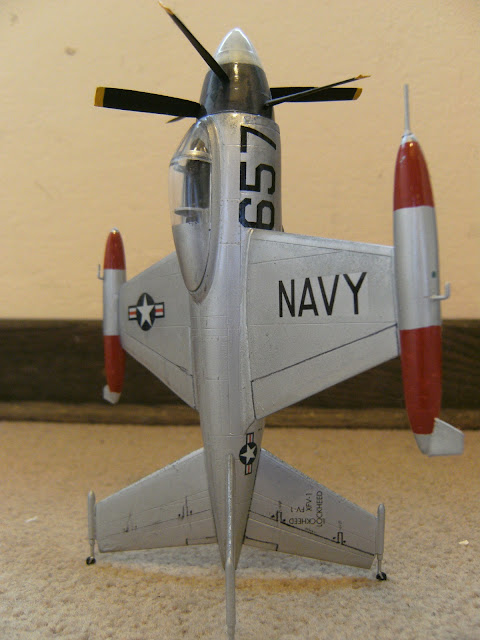 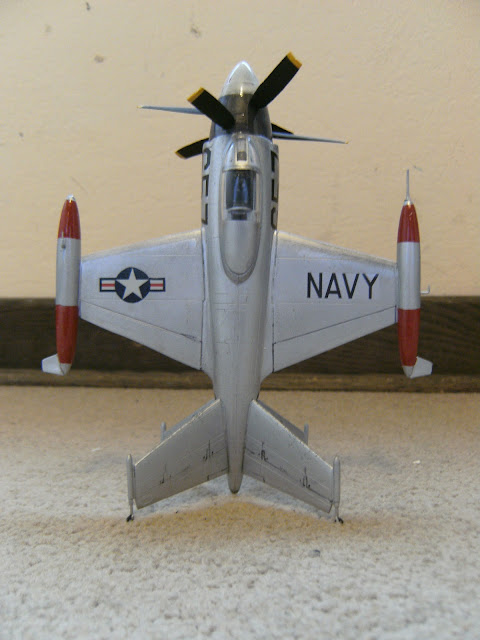 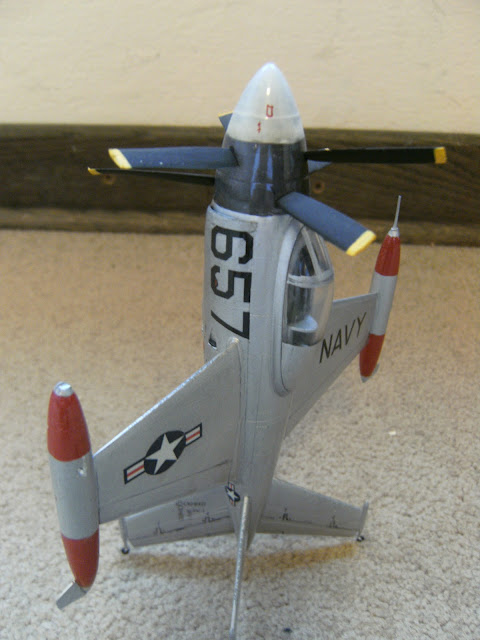