The Gloster Meteor was the first British jet fighter and the Allies' first operational jet aircraft. The Meteor's development was heavily reliant on its ground-breaking turbojet engines, developed by Sir Frank Whittle and his company, Power Jets Ltd. Development of the aircraft began in 1940, work on the engines had started in 1936. The Meteor first flew in 1943 and commenced operations on 27 July 1944 with 616 Squadron of the Royal Air Force (RAF). Although the Meteor was not an aerodynamically advanced aircraft, it proved to be a successful and effective combat fighter.
Several major variants of Meteor were made to incorporate technological advances during the 1940s and 1950s. Thousands of Meteors were built to serve in the RAF and other air forces, and remained in use for several decades. The Meteor saw limited action in the Second World War, while Meteors of the Royal Australian Air Force (RAAF) provided a significant contribution to the Korean War and several other operators such as Argentina, Egypt and Israel also flew Meteors in regional conflicts. As of 2011, two Meteors, WL419 and WA638, have remained in active service with the Martin-Baker company as ejection seat testbeds.

As a night fighter, the Meteor again replaced the Mosquito; however, it was never more than an interim measure. The Mosquito night fighter had remained in use even though it was largely obsolete. Gloster proposed a night fighter design to meet the Air Ministry specification for the Mosquito replacement, based on the two seater trainer, with the pilot in the front seat and the navigator in the rear Once accepted however, the work passed to Armstrong Whitworth for both the detail design and production; the first prototype flew on 31 May 1950. Although based on the T.7 twin seater, it used the fuselage and tail of the F.8, and the longer wings of the F.3. An extended nose contained the AI Mk 10 (the 1940s Westinghouse SCR-720) Air Intercept radar. As a consequence the 20 mm cannons were moved into the wings, outboard of the engines. A ventral fuel tank and wing mounted drop tanks completed the Armstrong Whitworth Meteor NF.11.
Nos. 29, 141 and 85 Squadrons were given the NF.11 in 1951 and the aircraft was rolled out across the RAF until the final deliveries in 1955. A "tropicalised" version of the NF.11 for Middle East service was developed; first flying on 23 December 1952 as the NF.13. The aircraft equipped No. 219 Squadron RAF at Kabrit and No. 39 Squadron at Fayid, both in Egypt. The aircraft served during the Suez crisis and remained with No. 39 Squadron when they were withdrawn to Malta until 1958. The aircraft had a number of problems, notably the limited visibility through the heavily framed T.7 canopy made landings tricky and the external fuel tanks under the wings tended to break up when the wing cannon were fired. Gun harmonisation, normally set to about 400 yards, was poor due to flexing of the wings in flight. Belgium (24), Denmark (20), Australia (one) and France (41) were the foreign customers for the NF.11. Ex-RAF NF.13s were sold to Syria (six), Egypt (six) and Israel (six). An Israeli NF.13 carried out Operation Tarnegol, downing an Egyptian Ilyushin Il-14 carrying high-ranking members of the Egyptian Military on the eve of the Suez Crisis. Some of the French aircraft remained in operation as test beds into the 1980s.

As radar technology developed, a new Meteor night fighter was developed to use the improved US-built APS-21 system. The NF.12 first flew on 21 April 1953. It was similar to the NF 11 but had a nose section 17 inches (43.2 cm) longer; the fin was enlarged to compensate for the greater keel area of the enlarged nose and to counter the airframe reaction to the "wig-wag" scan of the radar which affected the gunsighting, an anti-tramp motor operating on the rudder was fitted midway up the front leading edge of the fin. The NF.12 also had the new Rolls-Royce Derwent 9 engines and the wings were reinforced to handle the new engine. Deliveries of the NF.12 started in 1953, with the type entering squadron service in early 1954, equipping seven squadrons (Nos 85, 25, 152, 46, 72, 153 and 64); the aircraft was replaced over 1958–59. Because of the "sensitive" nature of the radar system, no NF.12s were offered for export. The final Meteor night fighter was the NF.14. First flown on 23 October 1953, the NF.14 was based on the NF.12 but had an even longer nose, extended by a further 17 inches to accommodate new equipment, increasing the total length to 51 ft 4 in (15.65 m) and a larger bubble canopy to replace the framed T.7 version. Just 100 NF.14s were built; they first entered service in February 1954 beginning with No. 25 Squadron and were being replaced as early as 1956 with the Gloster Javelin. Overseas, they remained in service a little longer, serving with No. 60 Squadron at Tengah, Singapore until 1961. As the NF.14 was replaced, some 14 were converted to training aircraft as the NF(T).14 and given to No. 2 Air Navigation School on RAF Thorney Island where they served until 1965. 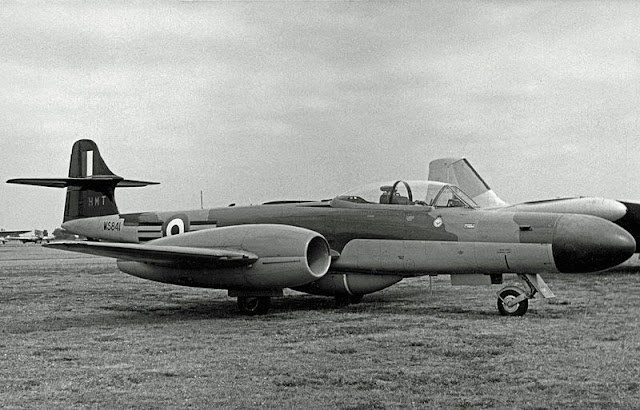 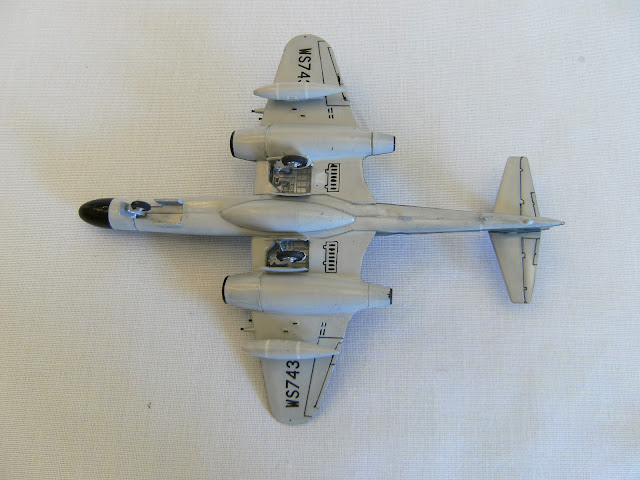 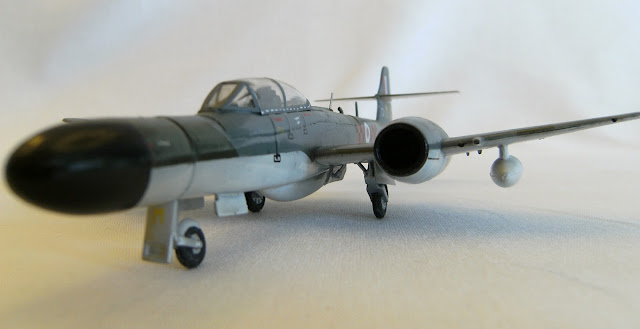 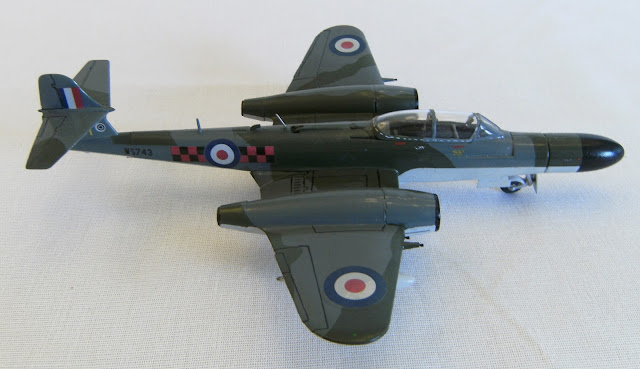 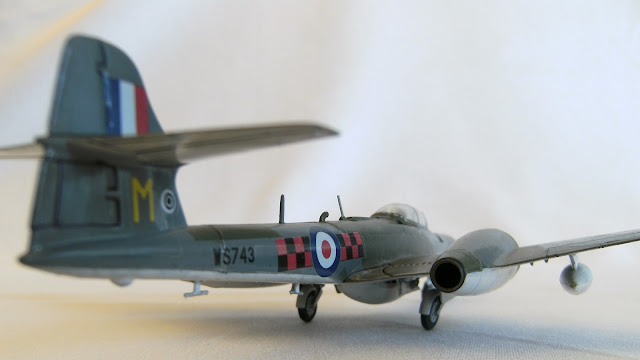 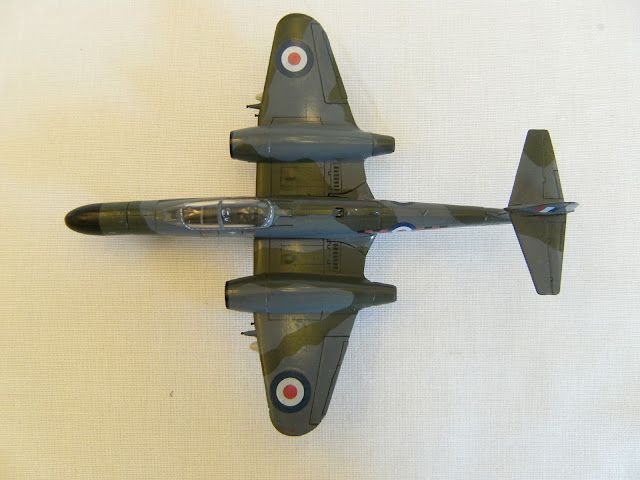