In 1961, de Havilland began working on a revolutionary small business jet, the DH.125 Jet Dragon, intended to replace the piston engined de Havilland Dove business aircraft and light transport. The DH.125 design was for a low-winged monoplane with a pressurised fuselage accommodating two pilots and six passengers. It was powered by two Bristol Siddeley Viper turbojets mounted on the rear fuselage. The slightly swept wing employed large slotted flaps and airbrakes to allow operation from small airfields. The first of two prototypes flew on 13 August 1962, with the second following on 12 December that year. The first production aircraft, longer and with a greater wingspan than the two prototypes, flew on 12 February 1963, with the first delivery to a customer on 10 September 1964.
The aircraft went through many designation changes during its service life. Hawker Siddeley had bought de Havilland the year before project start, but the old legacy brand and the "DH" designation was used throughout development. After the jet achieved full production, the name was finally changed to "HS.125". When Hawker Siddeley Aircraft merged with the British Aircraft Corporation to form British Aerospace in 1977, the name changed to BAe 125. Then, when British Aerospace sold its Business Jets Division to Raytheon in 1993, the jet acquired the name Raytheon Hawker. The fuselage, wings and tail-fin are to this day fully assembled and partially equipped (primary and secondary flight controls) in Airbus UK's Broughton plant, on the outskirts of Chester, sub-assemblies are produced in Airbus UK's Buckley site. All these assembled components are then shipped to Wichita, Kansas in the United States, to where final assembly was transferred in 1996.
Over 1,000 aircraft have been built. From Wikipedia, the free encyclopedia and flugzeuginfo.net 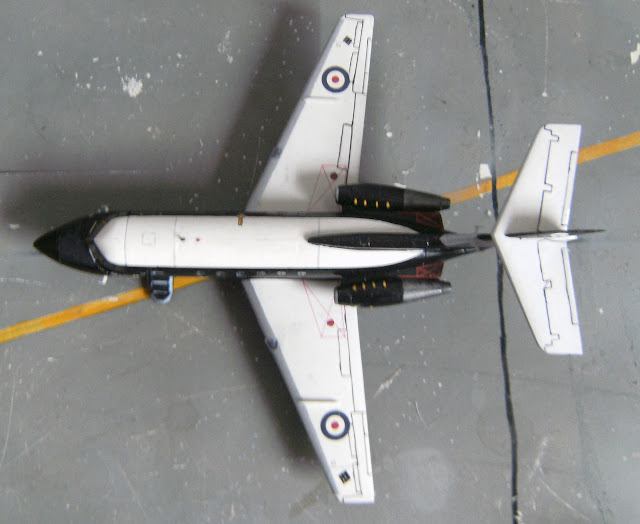 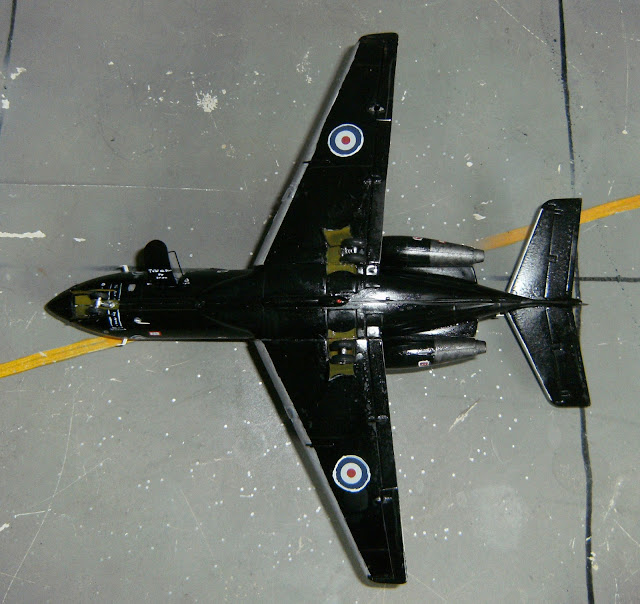 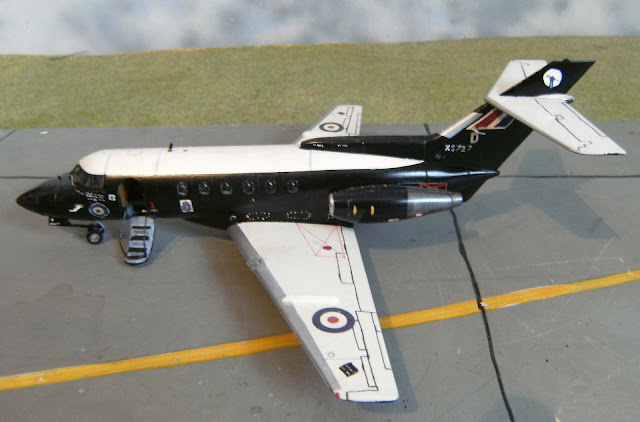 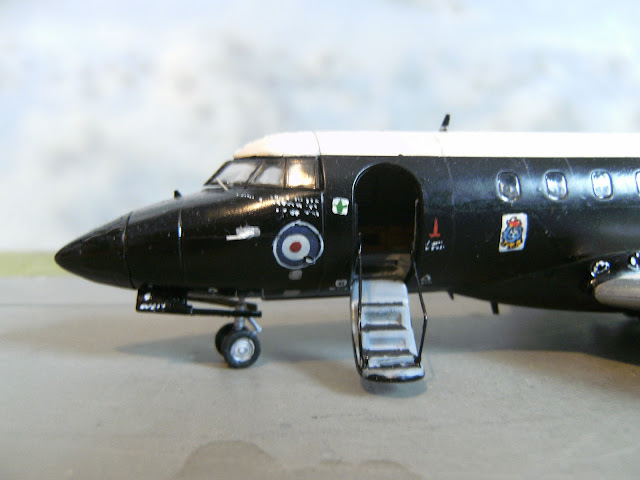 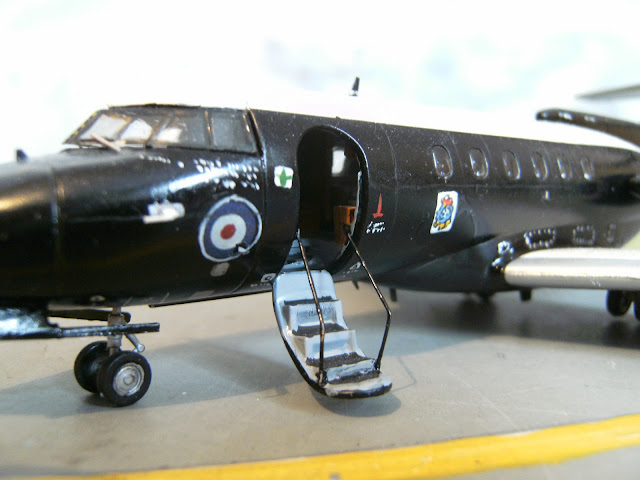 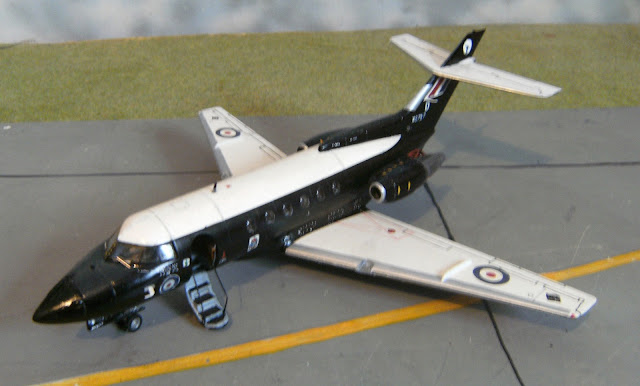 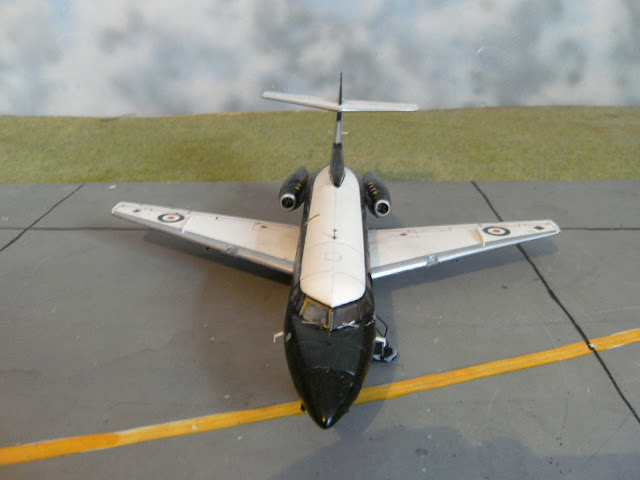 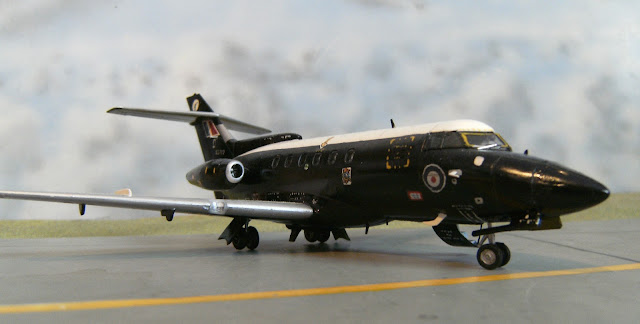 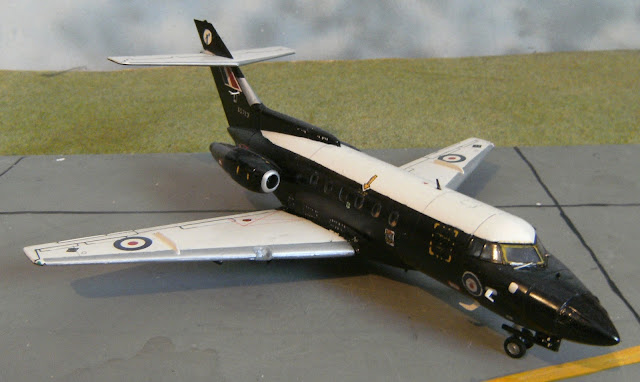 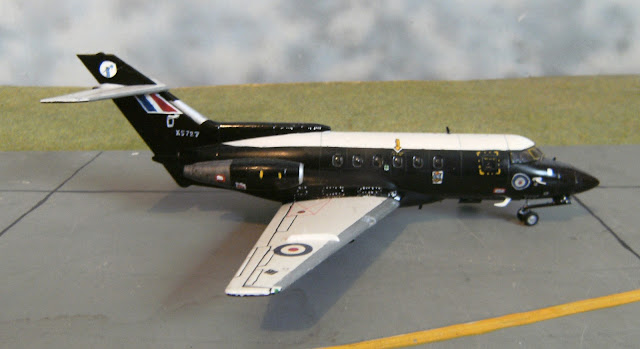 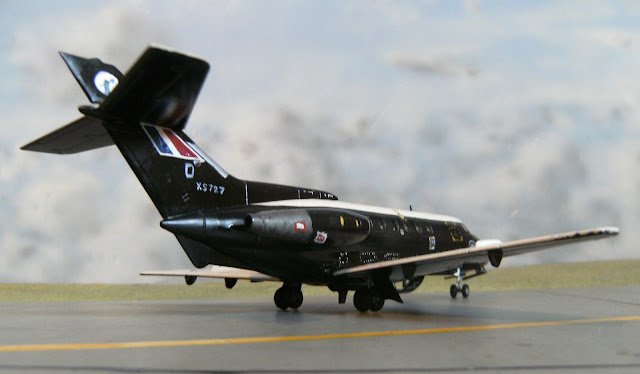 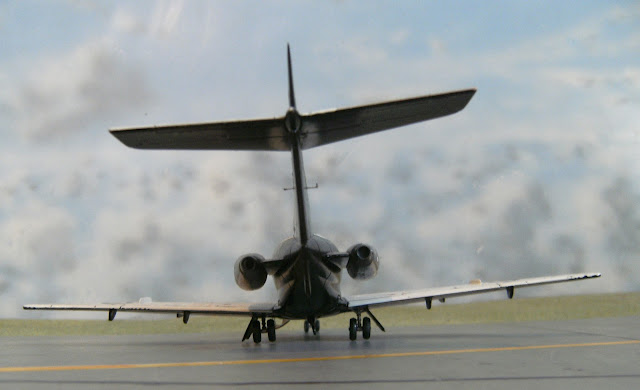 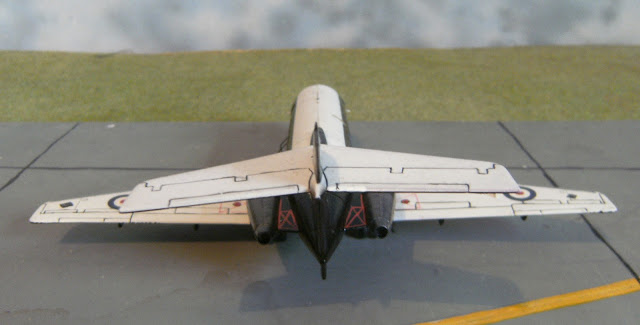 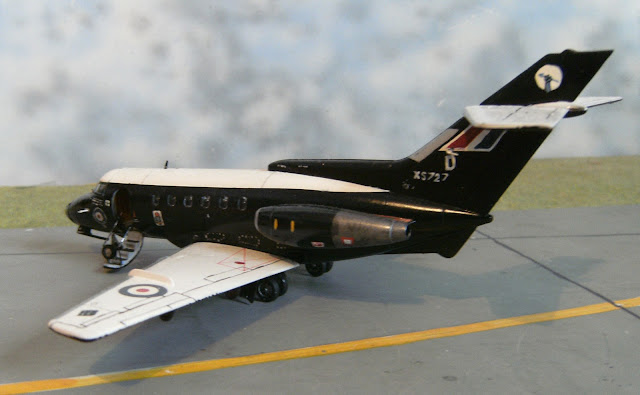 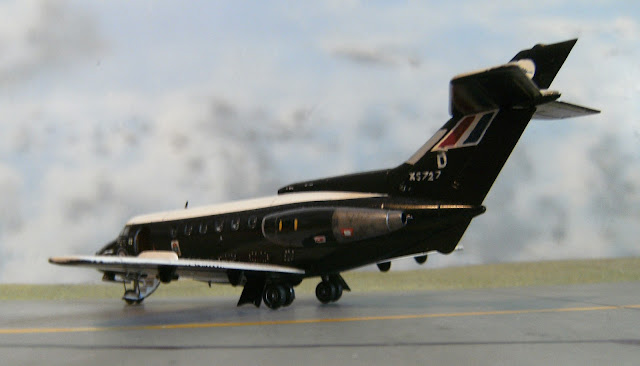 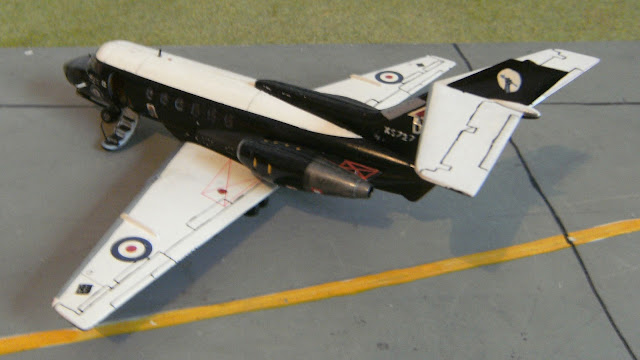 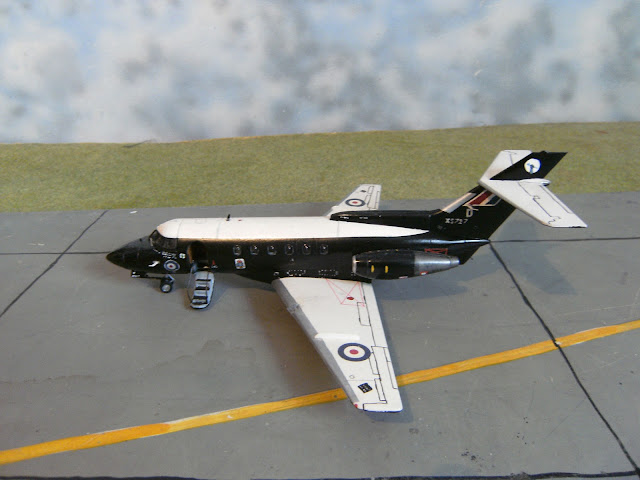 This old Matchbox-kit lost nothing of it fascination. The absence of the interior of the passenger-cabin is a imprtant deficit and i fit this problem with scratch-built interior. The result is an attractive model what enriches every vitrine. 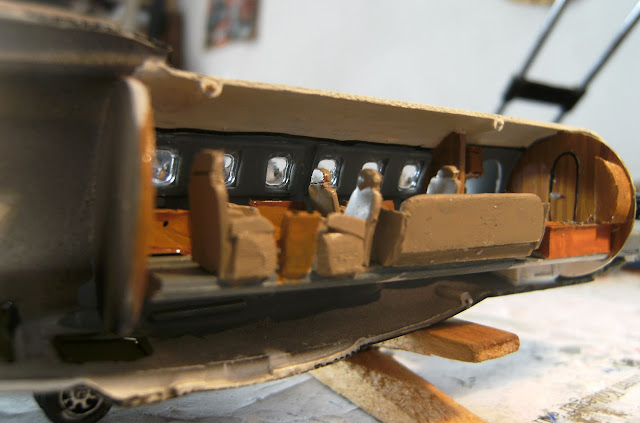 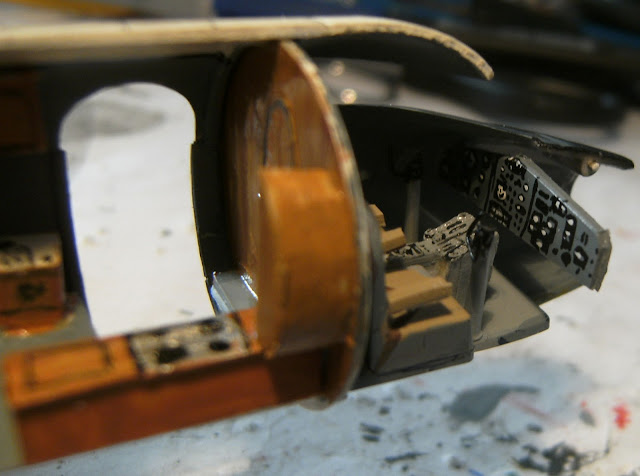