The IMAM Ro.43 was an Italian reconnaissance single bay seaplane, serving in the Regia Marina between 1935 and 1943. Although produced in quantity, it proved never to be really suitable for its intended role as a spotter plane for warships, and although 105 remained in service when Italy entered World War II, they were already obsolete.

The aircraft's good endurance meant that the seaplanes could still be useful in the constrained Mediterranean. Six Ro.43 launched from light cruisers played a role in spotting the British fleet during the battle of Calabria, in the opening rounds of the war. One of them, departing from the cruiser Eugenio di Savoia, kept visual contact with the battleship HMS Warspite during the exchange of fire between the British capital ship and the Italian battleship Giulio Cesare before being chased off by a Sea Gladiator from the carrier HMS Eagle.
Near the end of 1940, a lone Ro.43 launched by the heavy cruiser Bolzano was the first to spot the British fleet at the beginning of the battle of Cape Spartivento, at 9:45 while the seaplane of Gorizia located the British convoy at 11:45. British Skuas from the carrier HMS Ark Royal claimed to have shot down one of the seaplanes after a fruitless bombing on the Italian fleet, purportedly from the battleship Vittorio Veneto. The performance of the Ro.43s in this battle was eulogized by the Italian supreme command. Another Ro.43 launched by Vittorio Veneto pinpointed the British cruiser squadron at 6:35 during the engagement near Gavdos island, the prelude of the Battle of Matapan, on 28 March 1941.
A cruiser-borne Ro.43 signaled the presence of the British convoy by dropping flares during the Second Battle of Sirte, while another seaplane from the battleship Littorio directed the fire of the Italian fleet on the British squadron before disengaging at 17:24.
The Ro.43s continued to take part in shipborne operations as late as June 1942, during the Italian cruiser attack on the Harpoon convoy. One of the Italian seaplanes was shot down by a Bristol Beaufighter from Malta in the course of this action.
One hundred five aircraft were in service at the start of World War II, more than enough to equip the major surface units of the Italian Navy, but soon a better aircraft was requested, possibly a navalized fighter. This resulted in a small series being built of a naval version of the Reggiane Re.2000 that could be catapulted but was not fitted with floats so had to either return to a land base or ditch, in a similar fashion to the Hawker Hurricanes operated by British CAM ships. The best feature were the folding wings, but even so the maximum carried on board was usually two. This, together with the modest possibilities of recovery and the lack of experience with naval aviation (even though the Italian Navy possessed a seaplane carrier, the Giuseppe Miraglia) limited the use of the aircraft in combat.
Around 200-240 were produced until 1941, with 48 still in service in 1943 .
A Ro.43 is preserved in the Museum of the Aeronautica Militare Italiana at Vigna di Valle. 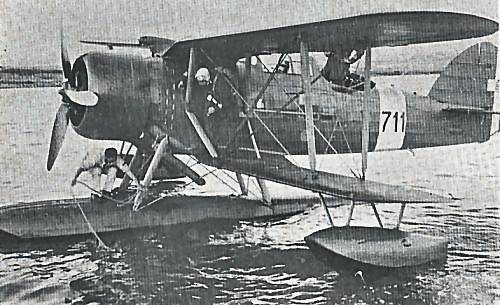 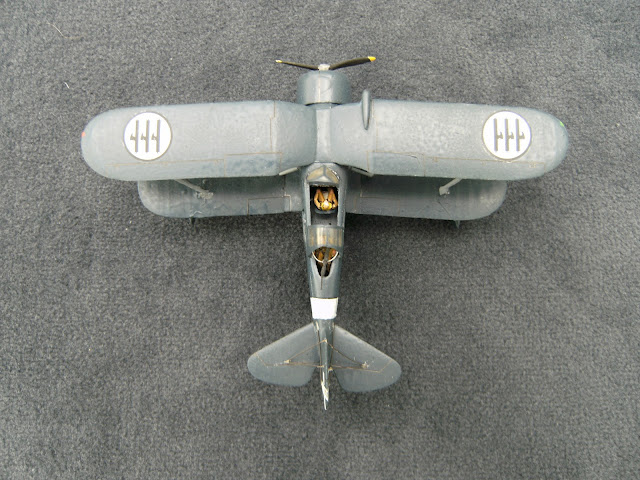 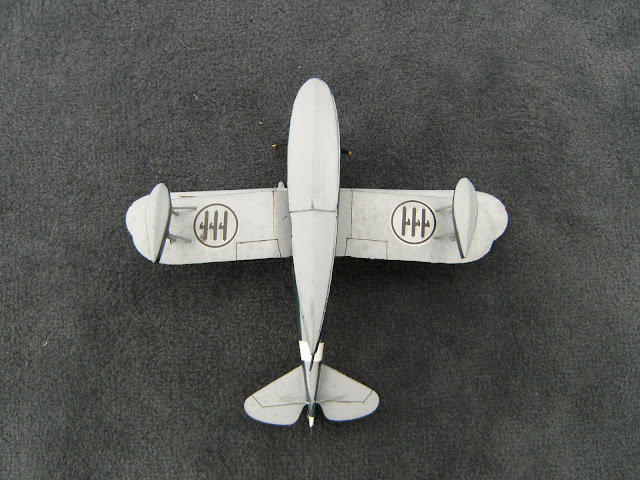 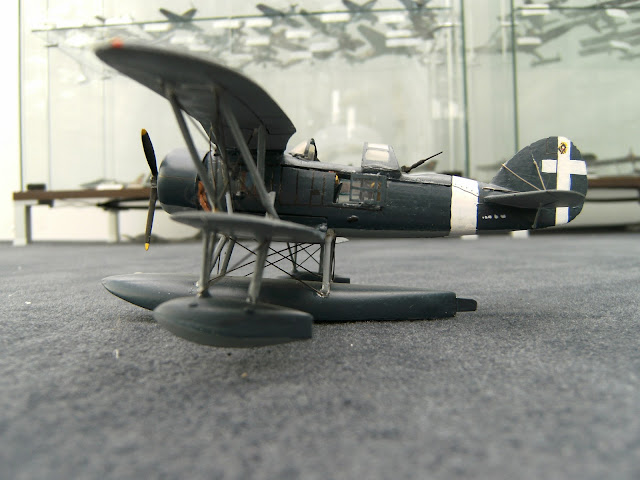 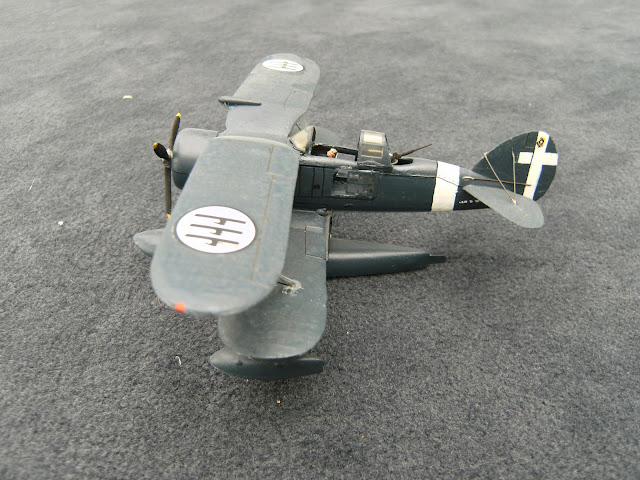 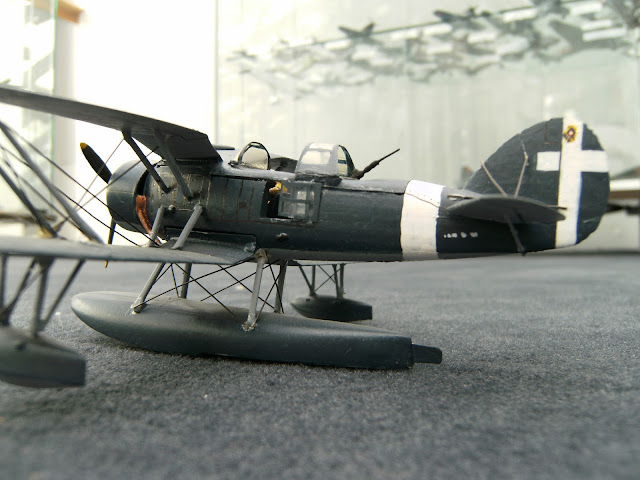 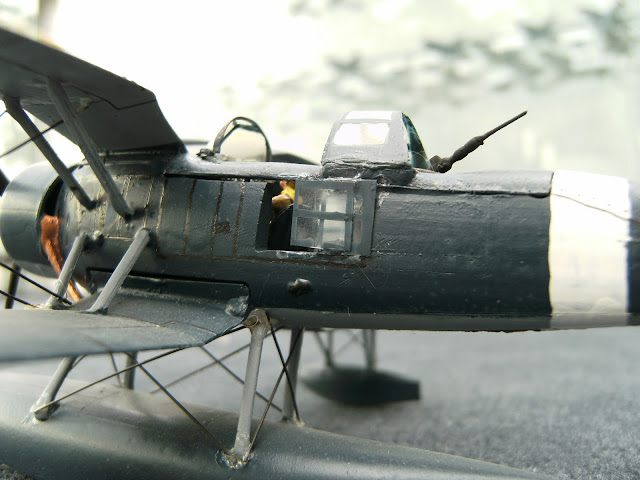 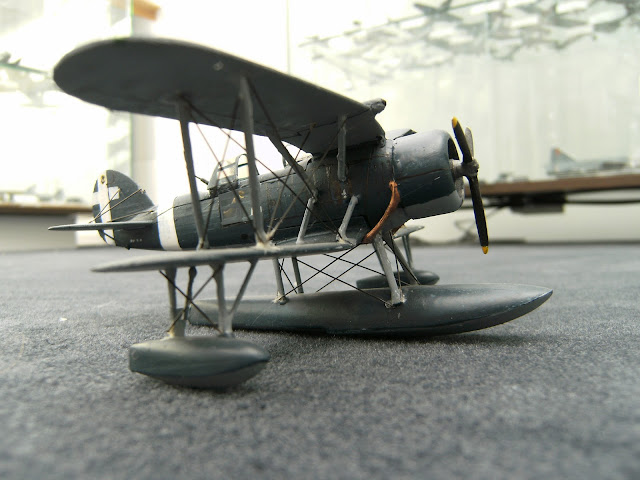 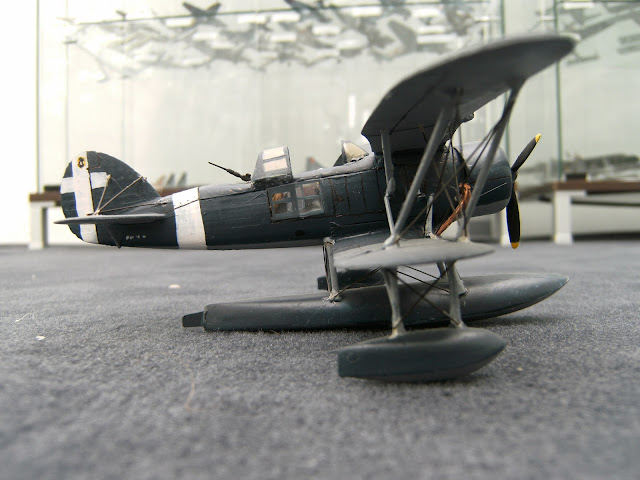 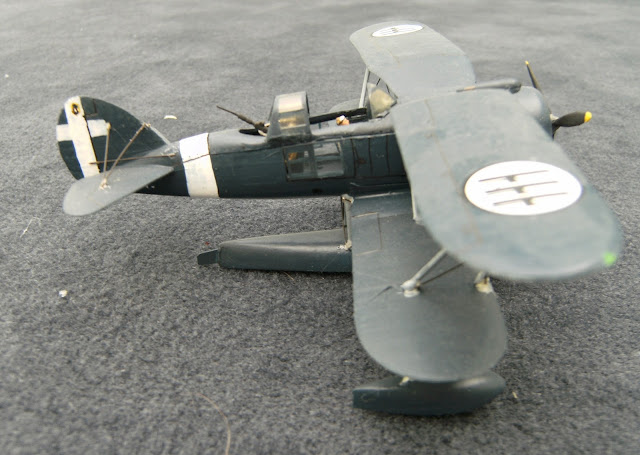 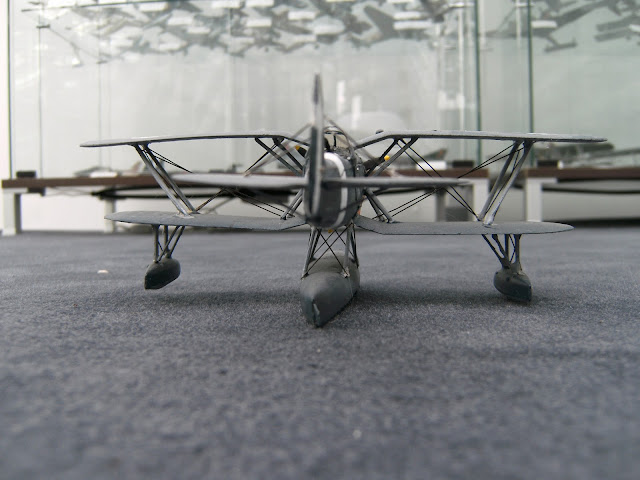 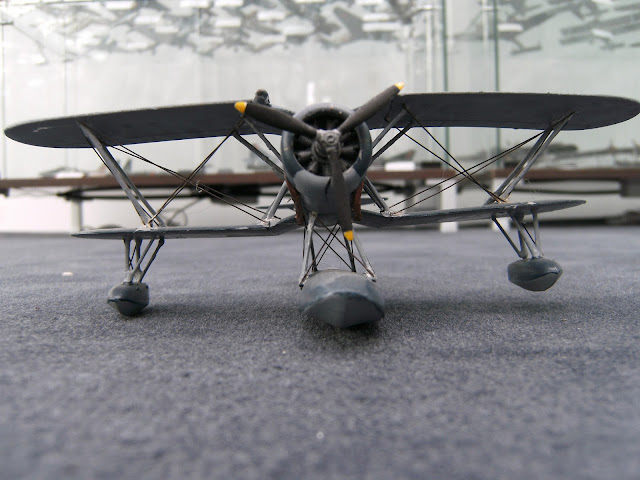 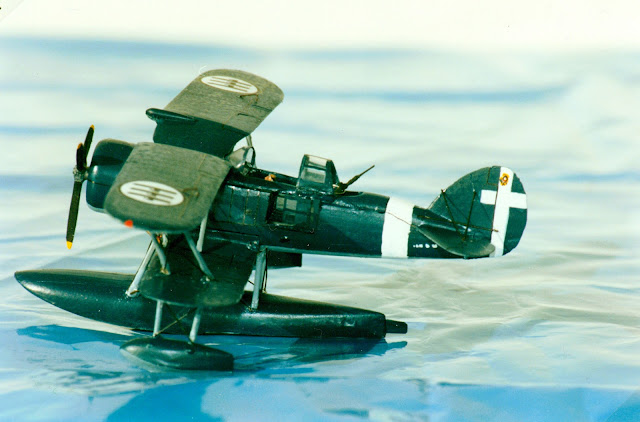 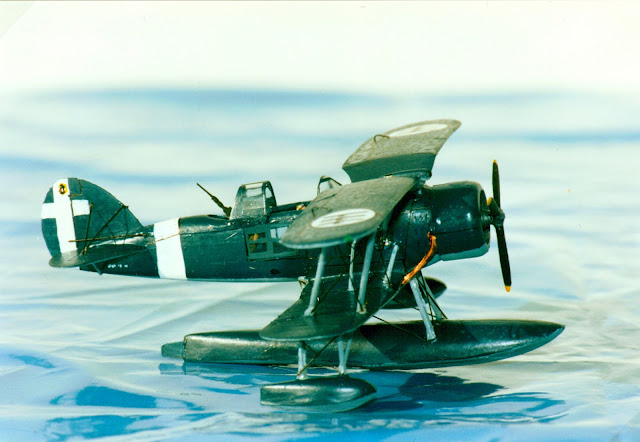 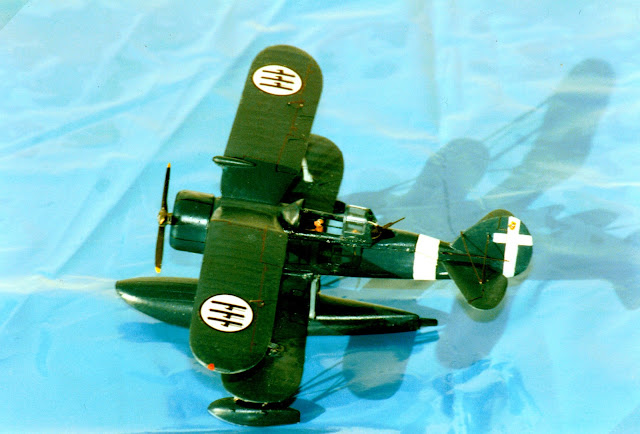 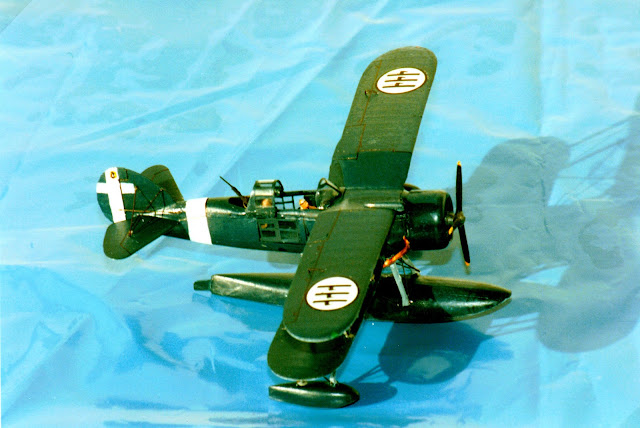 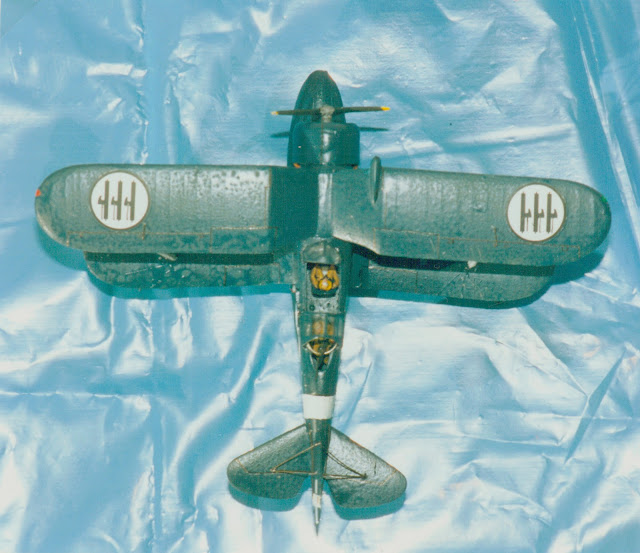 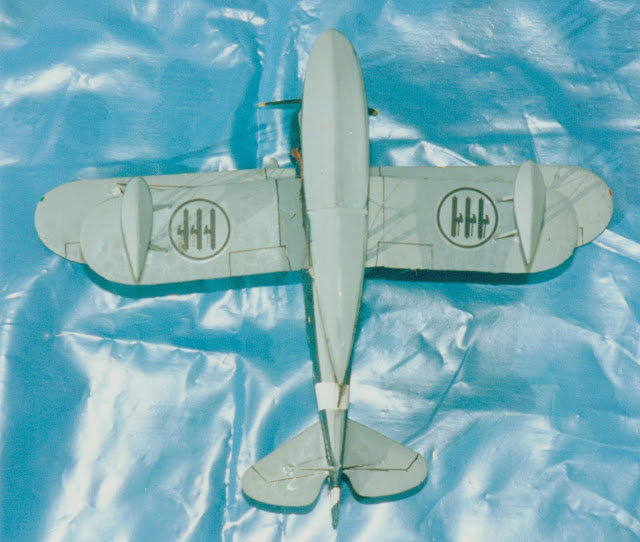 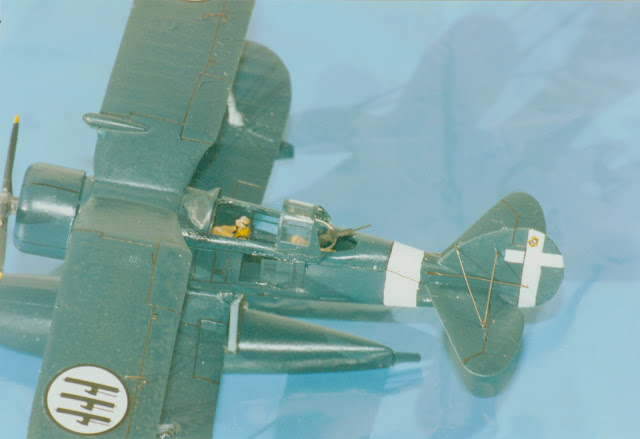