The Hafner Rotabuggy (formally known as the Malcolm Rotaplane) and as the "M.L. 10/42 Flying Jeep" was a British experimental aircraft that was essentially a Willys MB combined with a rotor kite, developed with the intention of producing a way of air-dropping off-road vehicles.

It was designed by Raoul Hafner of the Airborne Forces Experimental Establishment (AFEE) after their development of the Rotachute enjoyed some success.
The prototype was built by the R. Malcolm Ltd at White Waltham in 1942. Air Ministry specification 10/42 for a "Special Rotating Wing Glider" was used to identify the project.
Initial testing showed that a Willys MB could be dropped from heights up to 2.35 metres (7.7 ft) without damage to the vehicle. A 12.4 metres (40 ft 8.2 in) diameter rotor was attached, along with a tail fairing and fins, but no rudders. Two men were required to pilot the aircraft: one to drive it as an automobile, and one to pilot it in the air using a control column. Initially it was named the "Blitz Buggy", but that was soon dropped for the "Rotabuggy".
The first trial was conducted on 16 November 1943, with the unit being towed behind a Diamond T lorry, but the lorry could not get enough speed to put the Rotabuggy in the air. A more powerful vehicle, a supercharged 4.5 litre Bentley automobile, was used on 27 November to finally allow the machine to become airborne and in test could obtain glide speeds of 45 mph. Later tests were made towed behind an Armstrong-Whitworth Whitley bomber.
Although initial tests showed that the Rotabuggy was prone to severe vibration at speeds greater than 45 miles per hour (72 km/h), with improvements the Rotabuggy achieved a flight speed of 70 mph (113 km/h) on 1 February 1944. The last test flight occurred in September 1944, where the unit flew for 10 minutes at an altitude of 400 feet (121.9 m) and a speed of 65 mph (105 km/h), after being released by a Whitley bomber, and was described as "highly satisfactory". However, the introduction of gliders that could carry vehicles (such as the Waco Hadrian and Airspeed Horsa) made the Rotabuggy superfluous and further development was cancelled.
A replica of the Rotabuggy can be found at the Museum of Army Flying. Hafner also came up with the idea of a similarly outfitted "Rotatank" using a Valentine tank, but that was never built.

This resin-kit is very easy to built and is a fine eyecatcher in each vitrine. The drawback of this model is that intensivly solar irradiation disform the rotors. To repair that you need only hot water and after photographing the model I did this - but forgot to make additional shots - sorry. 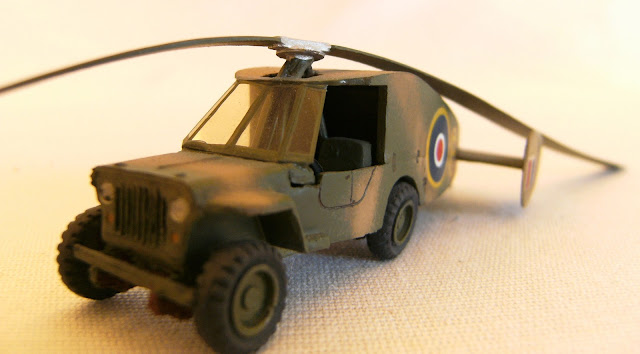 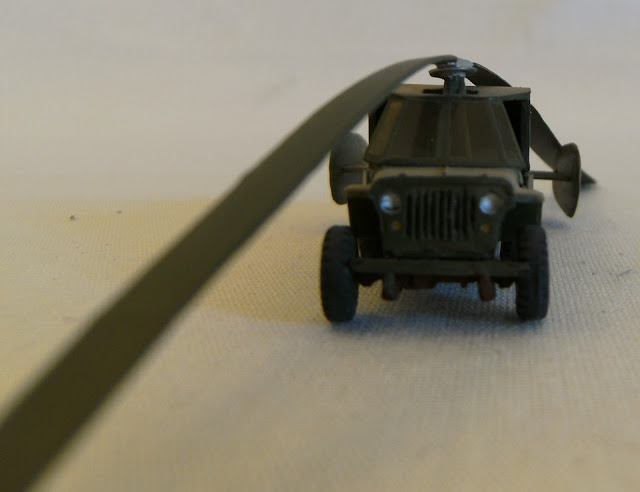 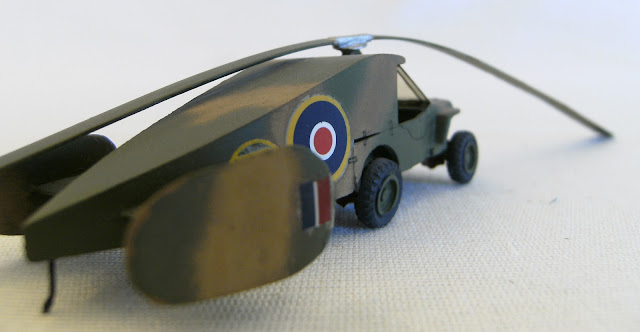