The Brewster F2A Buffalo was an American fighter aircraft which saw limited service early in World War II. It was one of the first U.S. World War II monoplanes with an arrestor hook and other modifications for aircraft carriers. The Buffalo won a competition against the Grumman F4F Wildcat in 1939 to become the U.S. Navy's first monoplane fighter aircraft. Although superior to the Grumman F3F biplane it replaced, the Buffalo turned out to be a disappointment.
Several nations, including Finland, Belgium, Britain and the Netherlands, ordered the Buffalo. Of all the users, only the Finns seemed to find their Buffalos effective, flying them in combat against early Soviet fighters with excellent results, as opposed to the far more advanced Japanese fighters that the other nations faced.During the Continuation War of 1941–1944, the B-239's (a de-navalized F2A-1) operated by the Finnish Air Force proved capable of engaging and destroying most types of Soviet fighter aircraft operating against Finland at that time, achieving, in the first phase of that conflict, a kill-ratio of 32:1 (32 Soviet aircraft shot down for every B-239 lost) and producing 36 Buffalo "aces".
When World War II began in the Pacific in December 1941, Buffalos operated by both British Commonwealth (B-339E) and Dutch (B-339D) air forces in South East Asia suffered severe losses in combat against the Japanese Navy's Mitsubishi A6M Zero and the Japanese Army's Nakajima Ki-43 "Oscar". The British attempted to lighten their Buffalos by removing ammunition and fuel and installing lighter guns to increase performance, but it made little difference.
The Buffalo was built in three variants for the U.S. Navy, the F2A-1, F2A-2 and F2A-3. (In foreign service, with lower horsepower engines, these types were designated B-239, B-339, and B-339-23 respectively.) The F2A-3 variant saw action with United States Marine Corps (USMC) squadrons at the Battle of Midway. Shown by the experience of Midway to be no match for the Zero, the F2A-3 was derided by USMC pilots as a "flying coffin." The F2A-3, however, was significantly inferior to the F2A-2 variant used by the Navy before the outbreak of the war.

This model is nothing special and has been built streight out of the box, but my lady likes this model so much that she besieged me to put it right in here. Her nickname for this plane is in german "Knuddelflieger" what means "cuddle-plane" . . . 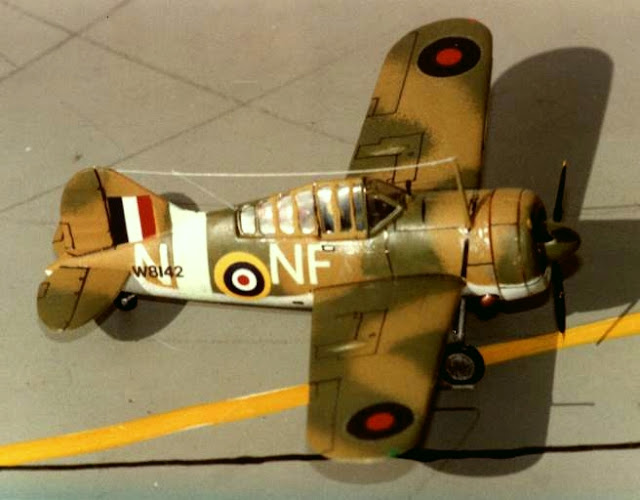 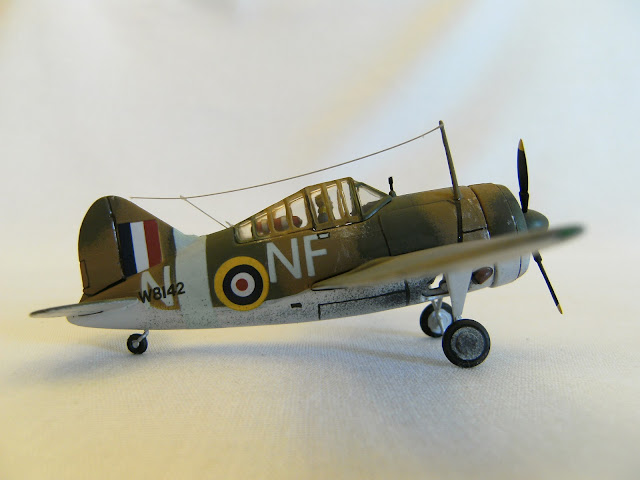 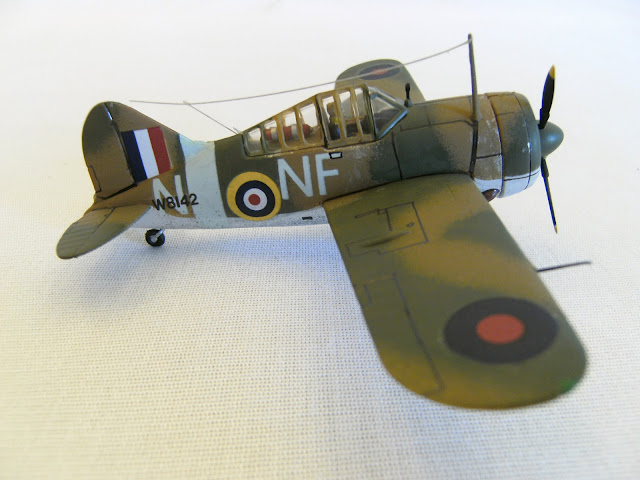 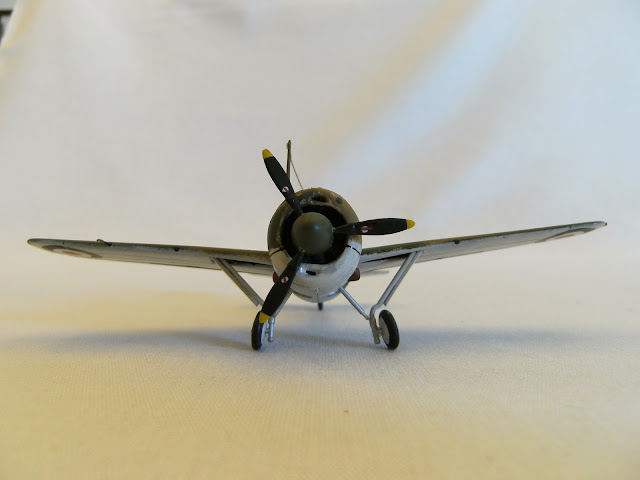 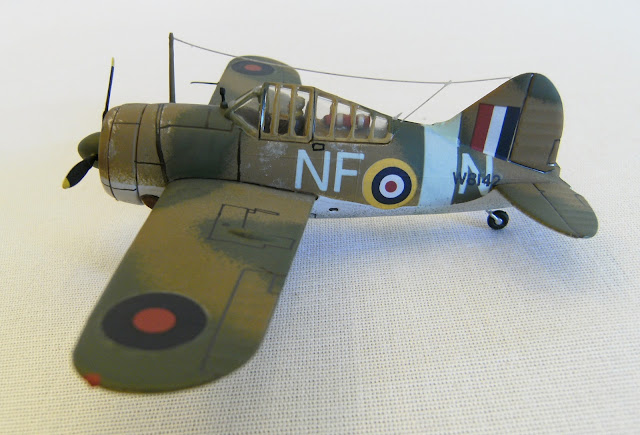 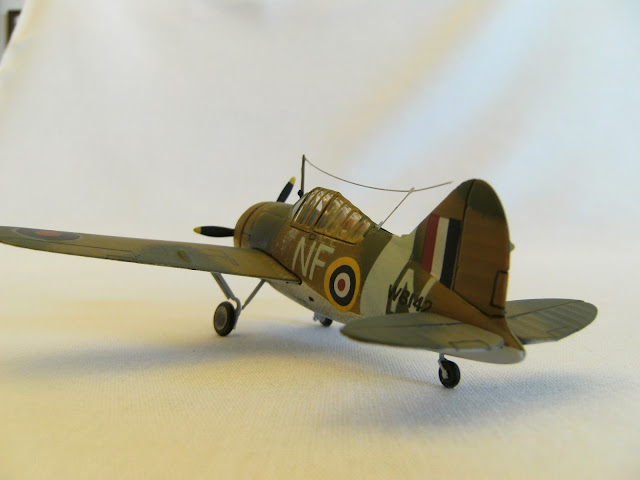 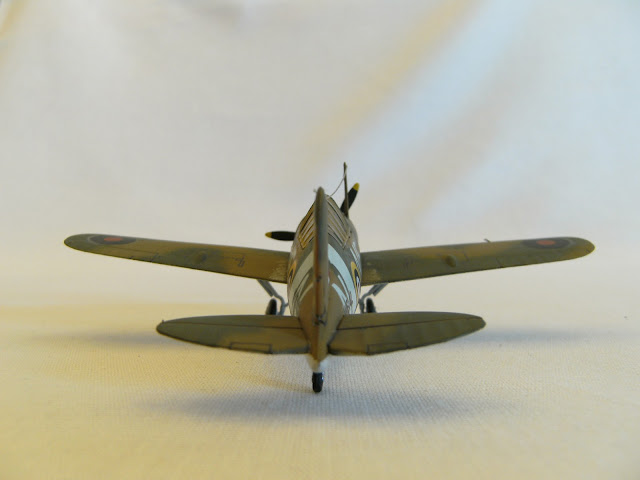 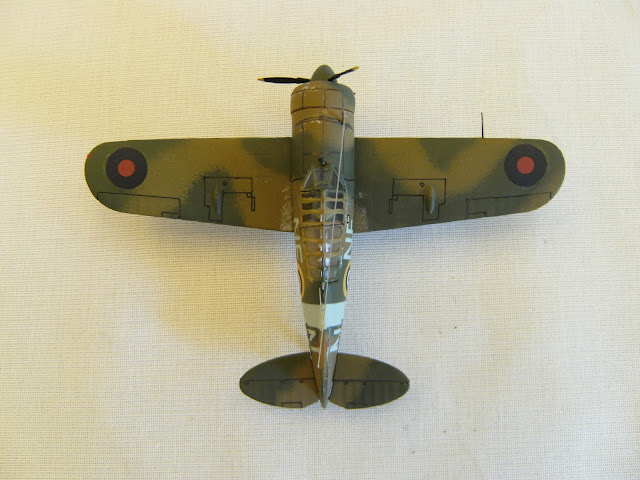 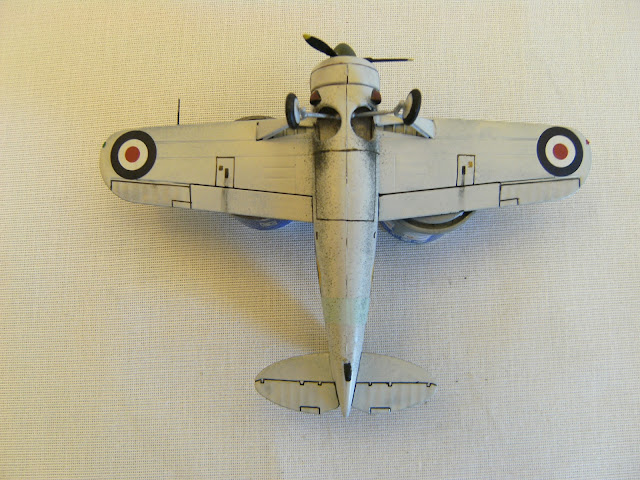 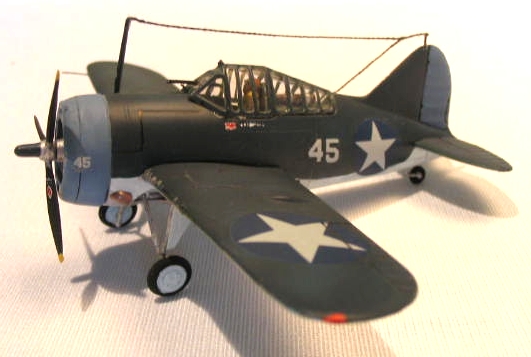 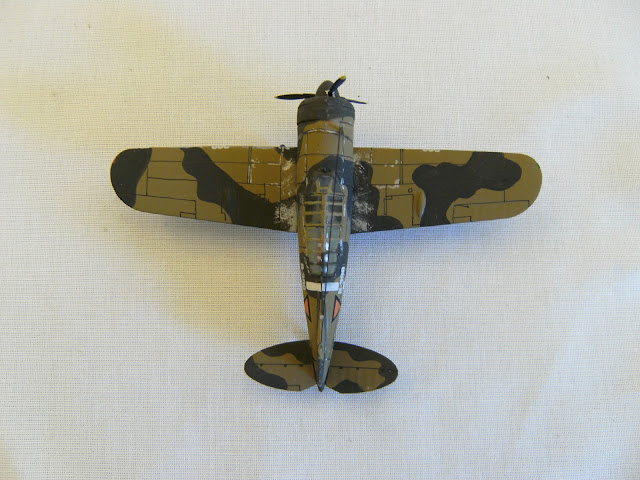 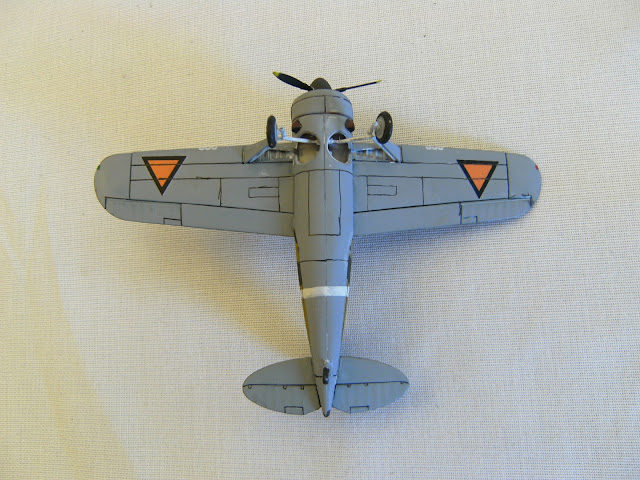 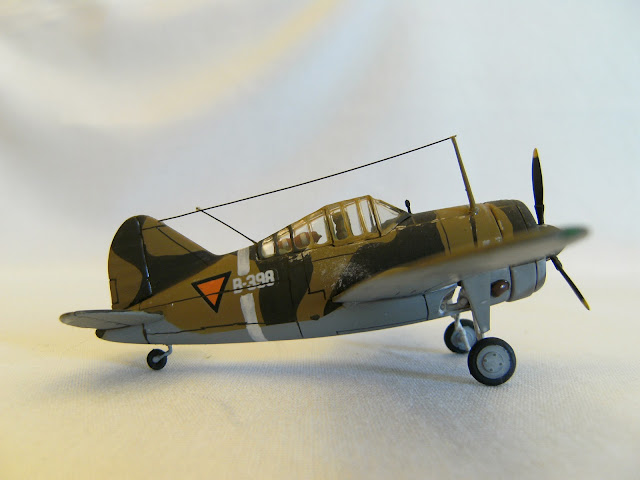 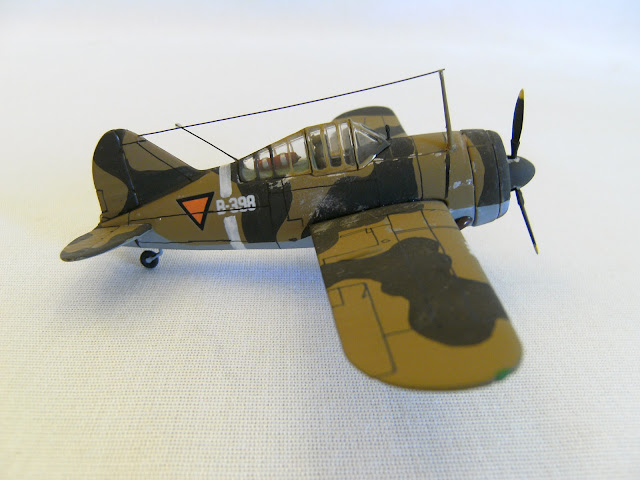 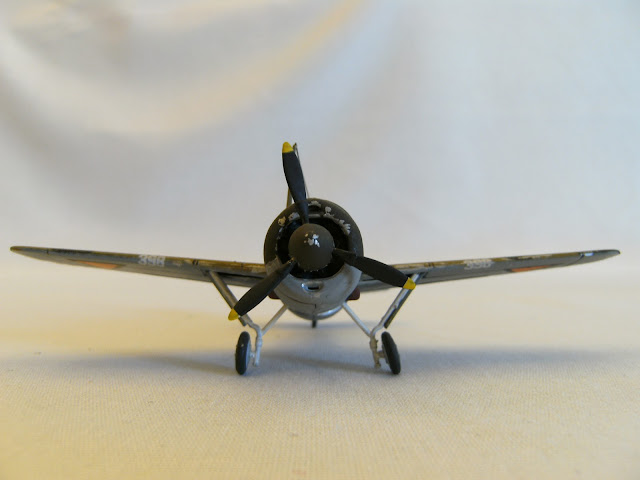 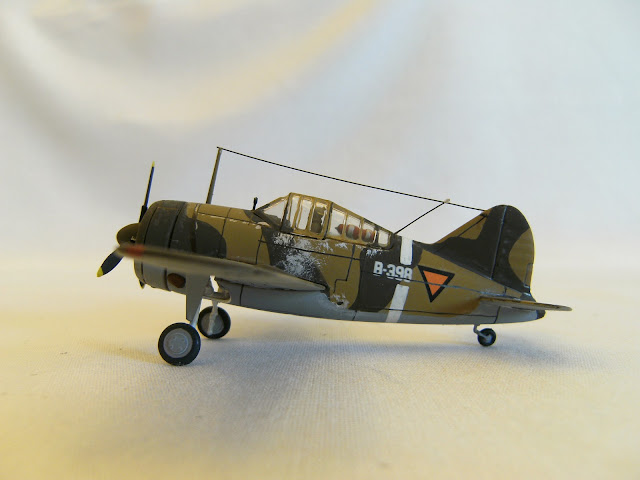 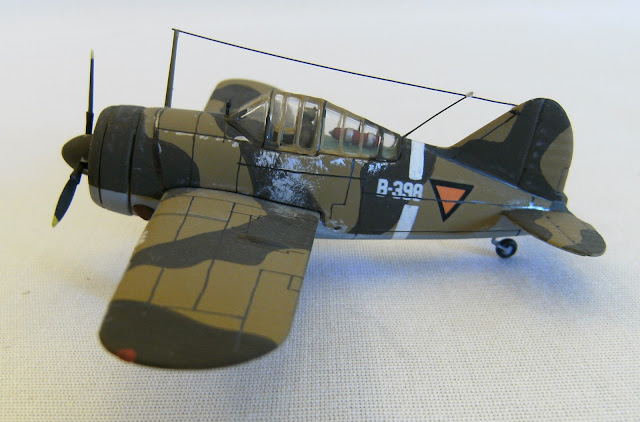 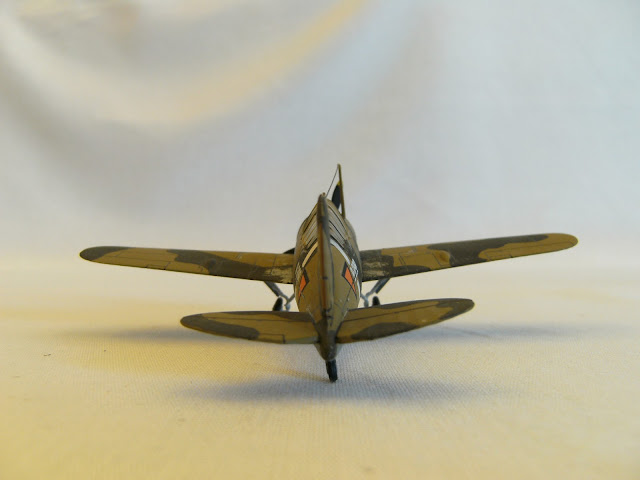