The Douglas F4D Skyray (later redesignated F-6 Skyray) was an American carrier-based supersonic fighter/interceptor built by the Douglas Aircraft Company. Although it was in service for a relatively short time and never entered combat, it was notable for being the first carrier-launched aircraft to hold the world's absolute speed record, at 752.943 mph, and was the first United States Navy and United States Marine Corps fighter that could exceed Mach 1 in level flight. It was the last fighter produced by the Douglas Aircraft Company before it merged with McDonnell Aircraft and became McDonnell Douglas. The F5D Skylancer was an advanced development of the F4D Skyray that did not go into service.

In April 1956, VC-3 was the first squadron operational with the F4D-1. This unit was later redesignated VFAW-3 and assigned to NORAD, as the only U.S. Navy fighter squadron in what was predominantly a U.S. Air Force and Royal Canadian Air Force organization. VFAW-3 was permanently based at NAS North Island in San Diego.
The U.S. Marine Corps also flew the Skyray. When the Department of Defense adopted a uniform aircraft designation system patterned on the USAF aircraft designation system in September 1962, the F4D was redesignated as the F-6A Skyray. In addition to multiple Navy and Marine Corps squadrons, Naval Air Reserve and Marine Air Reserve squadrons VF-881, VF-882 and VMF-215 also flew the Skyray. The last operational squadron was VMF(AW)-542, which flew the Skyray until February 1964.
The Skyray was designed exclusively for the high-altitude interception role with a spectacular rate and angle of climb. The Skyray set a new time to altitude record flying from a standing start to 49,221 ft (15,000 m) in 2 minutes and 36 seconds, all while flying at a 70° pitch angle. As a dedicated interceptor, the F4D was unsuited to the multi-mission capabilities soon in demand, so it had a short career in Navy and Marine Corps service, the last aircraft being withdrawn from service in 1964. Four aircraft were used by NACA (soon to be NASA) until 1969.
Under the new 1962 United States Tri-Service aircraft designation system, the F4D-1 was redesignated the F-6A. The F4D (old designation) should not be confused with the F-4D (new designation) – the latter being the "D" variant of the McDonnell Douglas F-4 Phantom II operated by the U.S. Air Force. 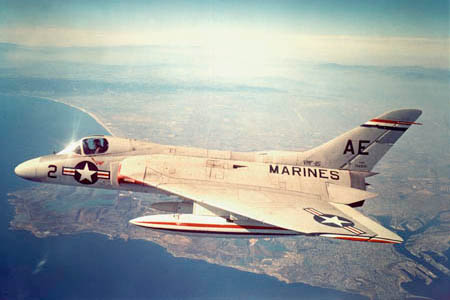 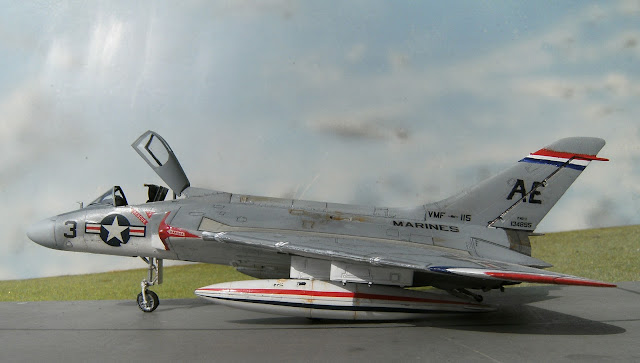 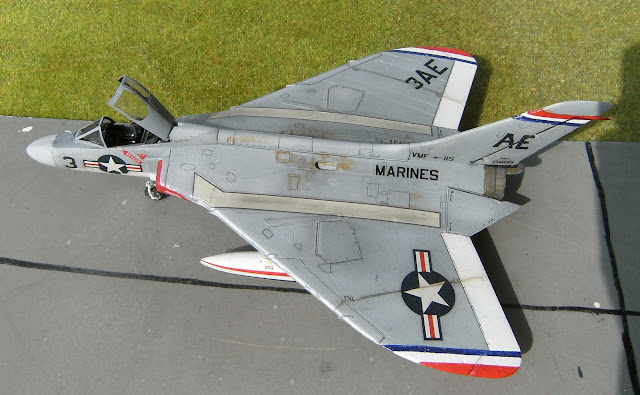 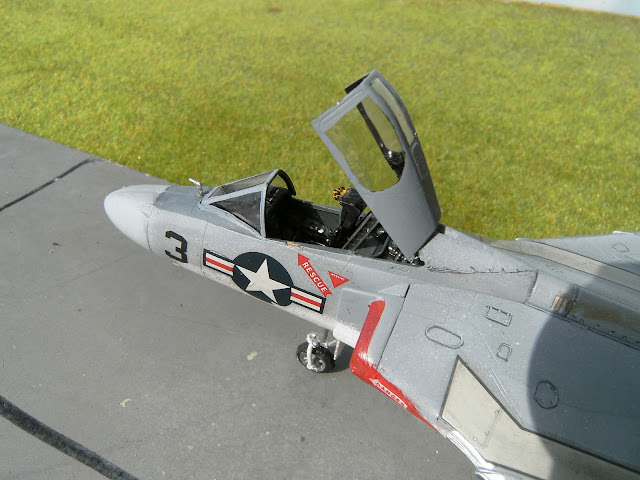 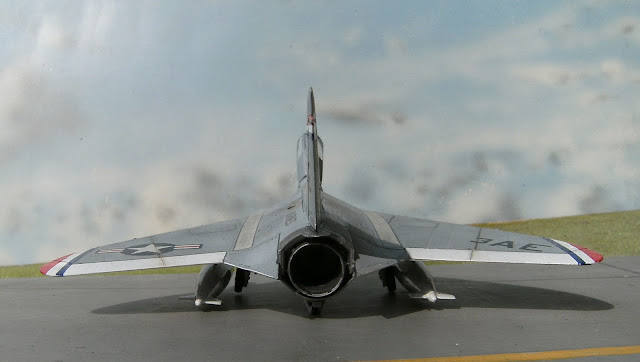 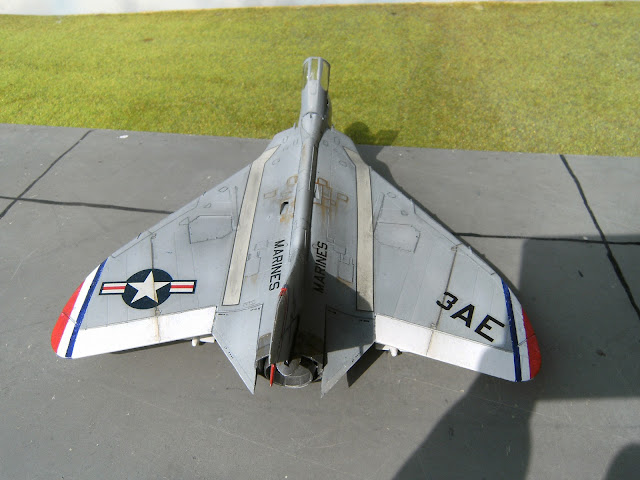 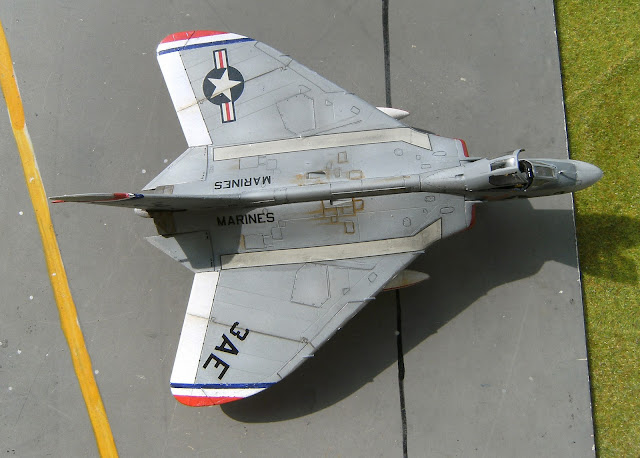 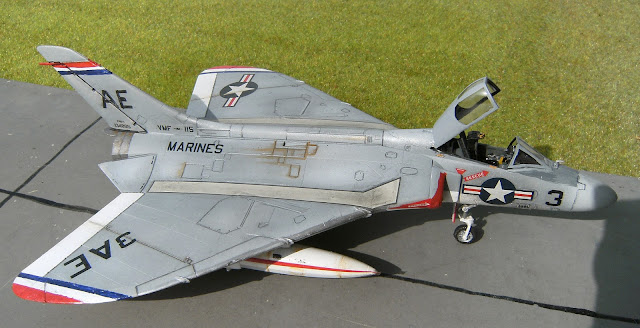 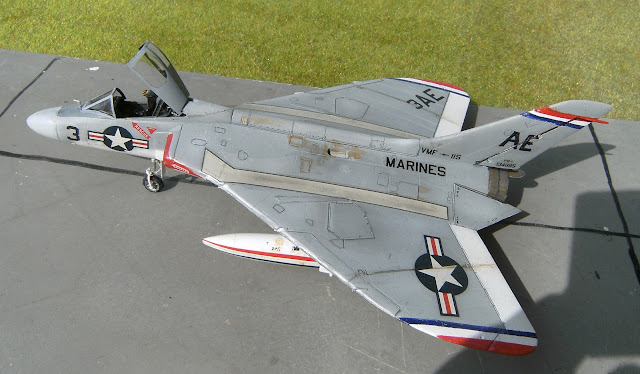 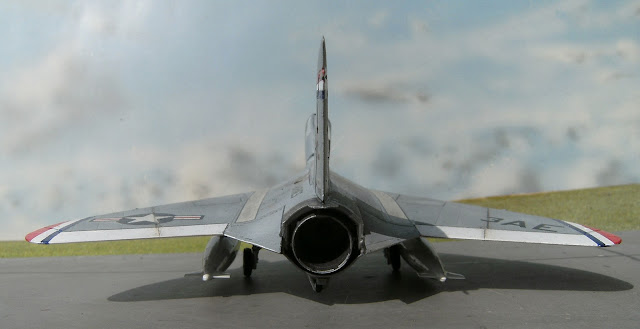 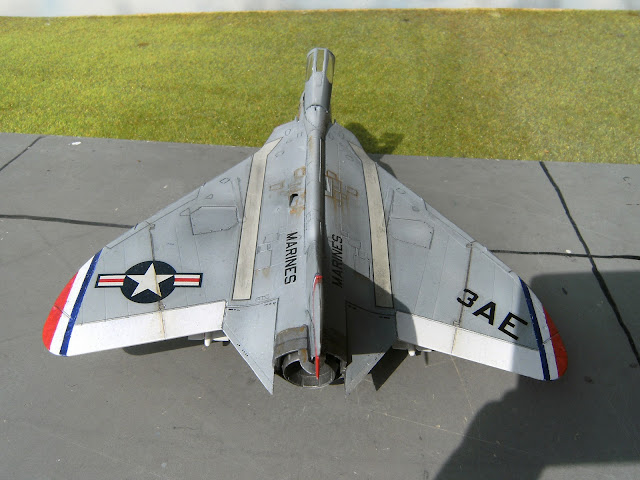 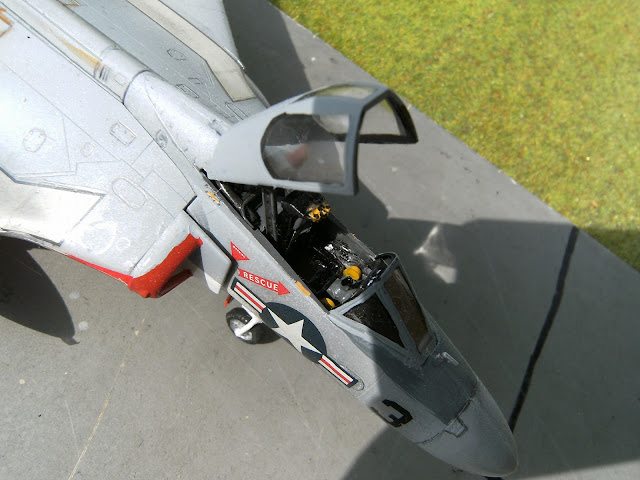 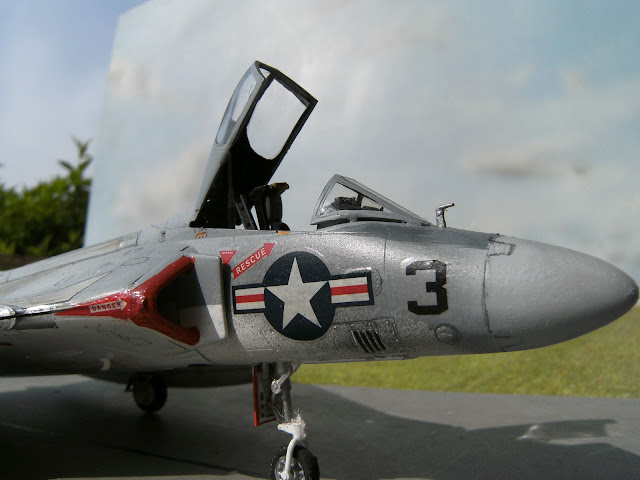 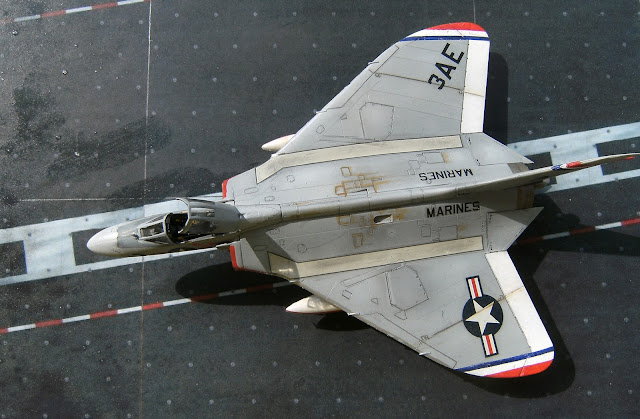 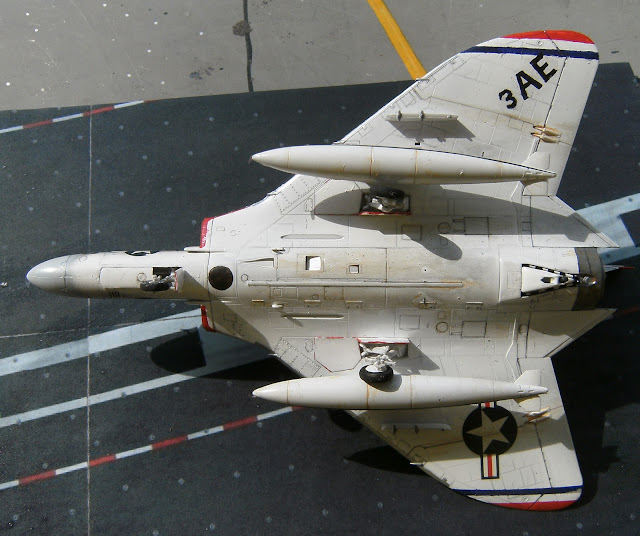 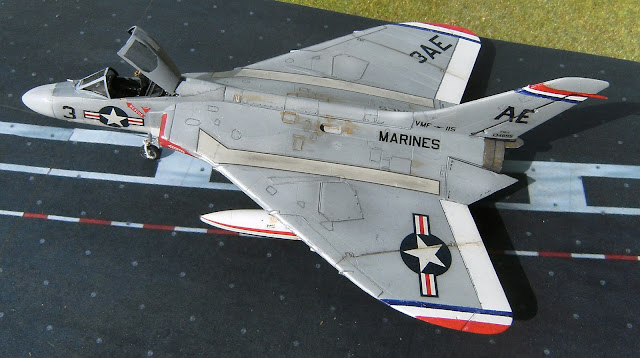