This diorama was built for exhebition in the Automuseum Melle. It is completely sctatch-built from tire and paper. Only the figures are modified plastic-people in 1:72 scale. The diorama-stand is made of wood and gypsum and plasticgrass. The scene showes the famous fly of Otto Lilienthal with his glider from his selfmade little hill near Berlin. It is based on a photograph which has been taken during this great moment which went around the world. 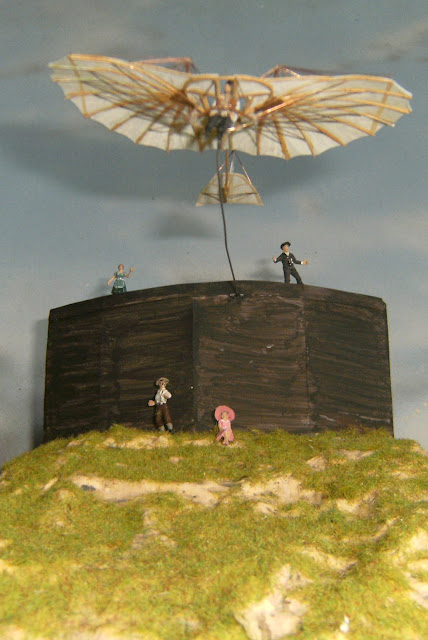 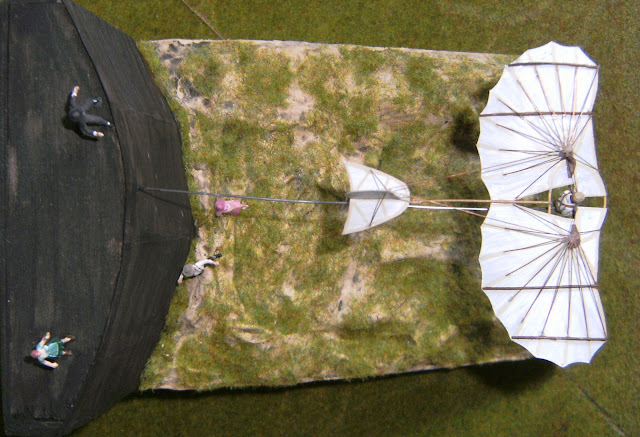 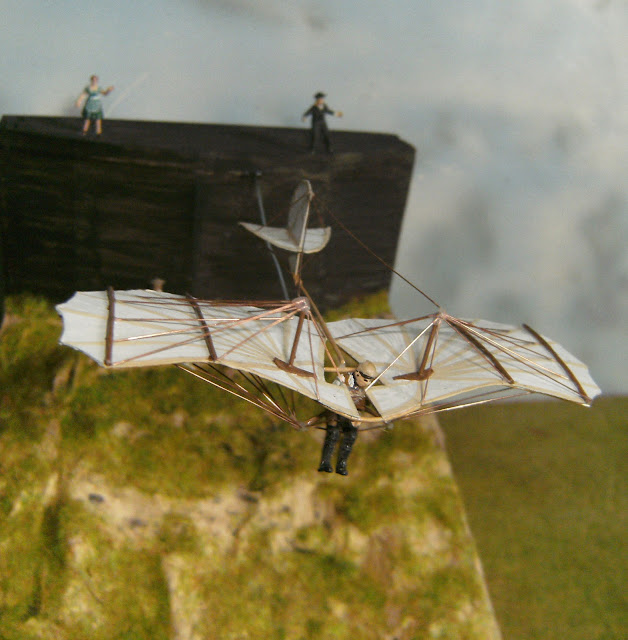 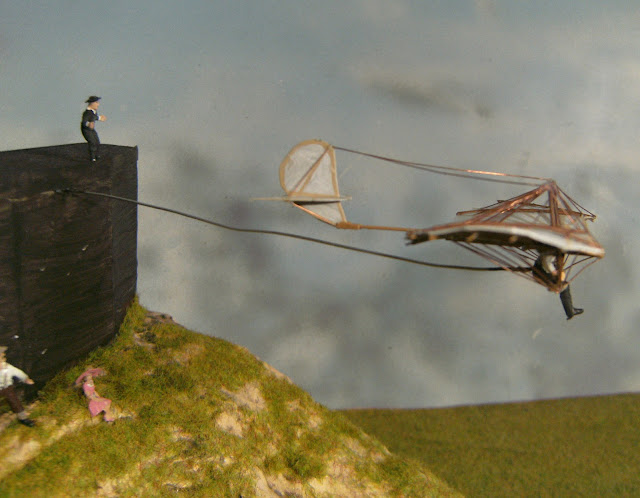 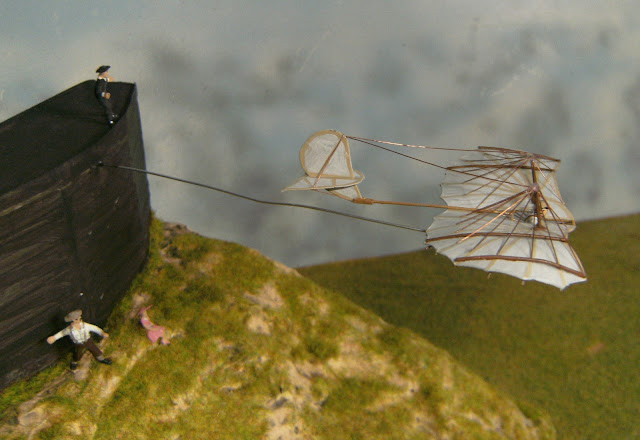 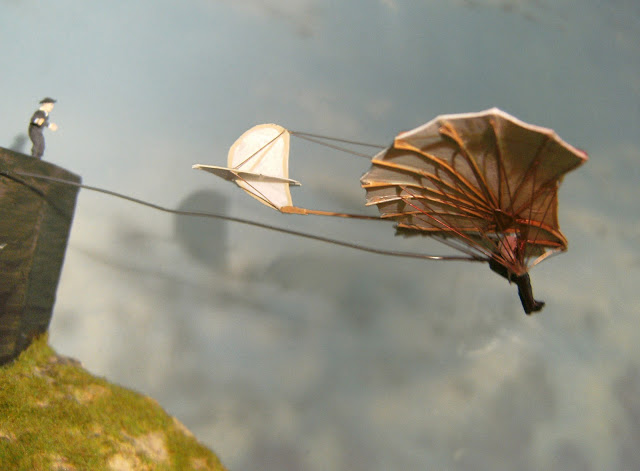 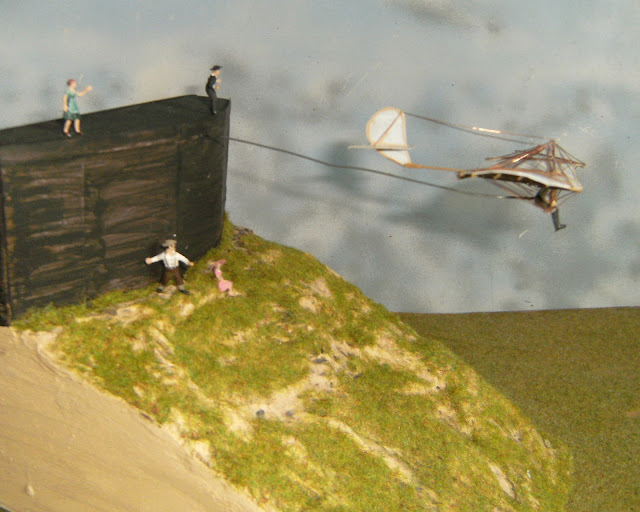 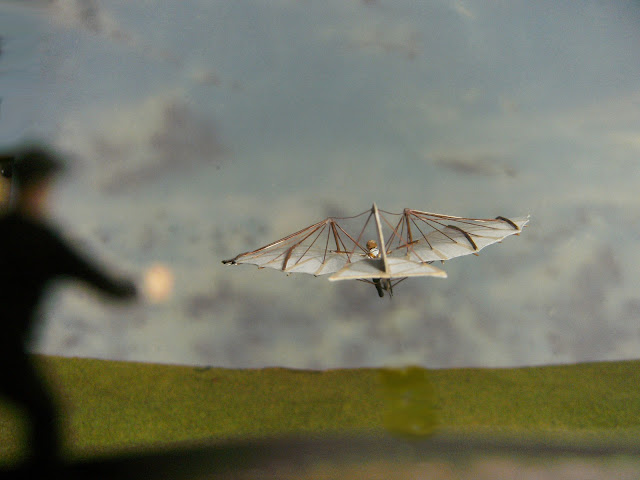 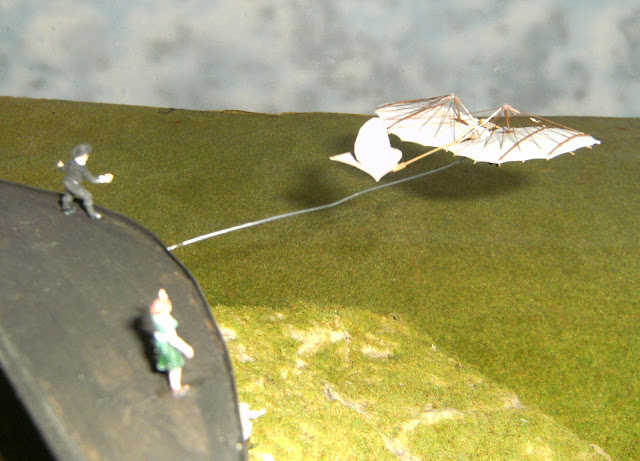 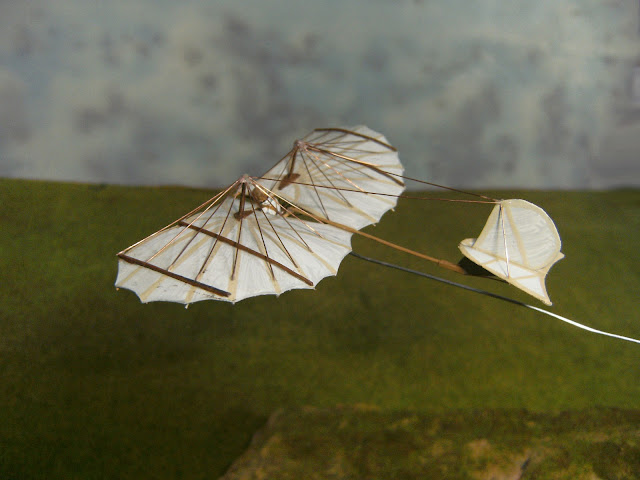 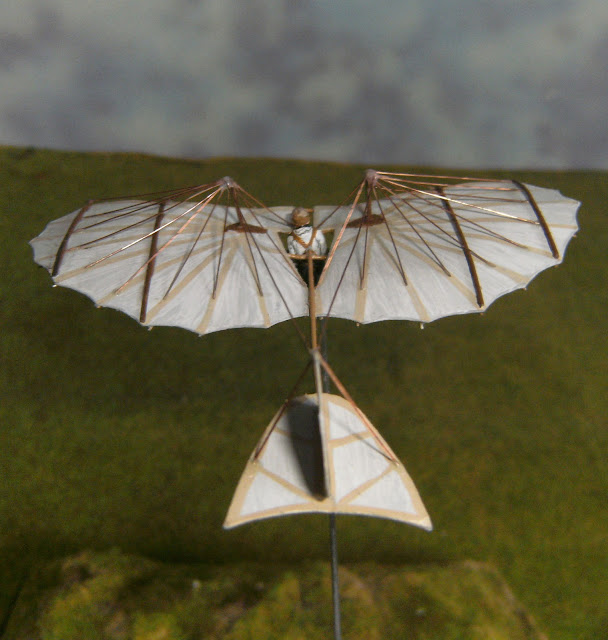 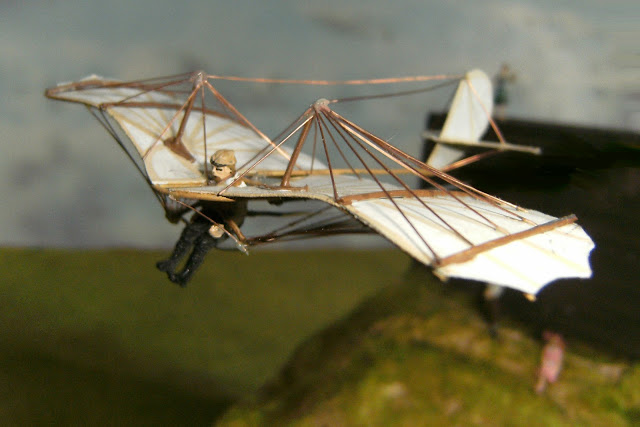 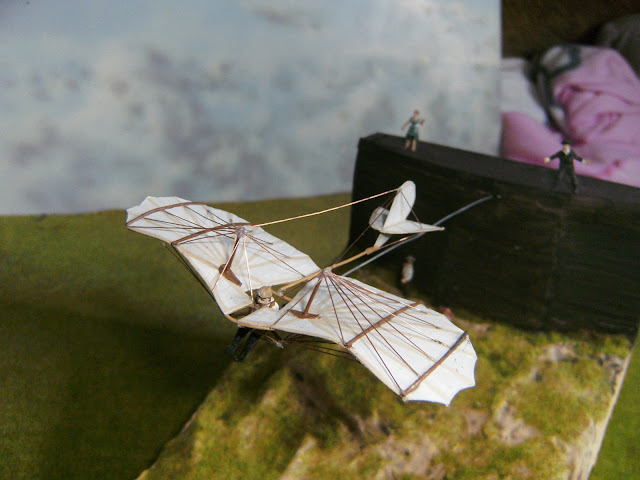 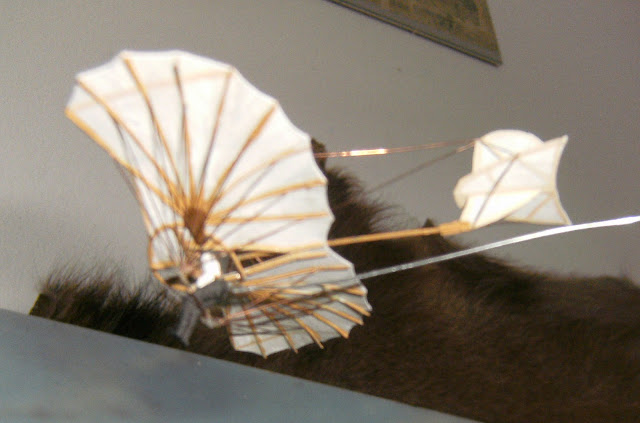 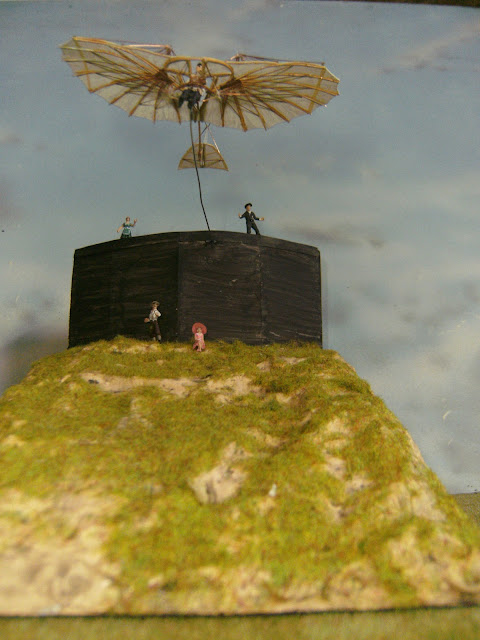 That is the original foto ( Quelle: Deutsches Museum ): 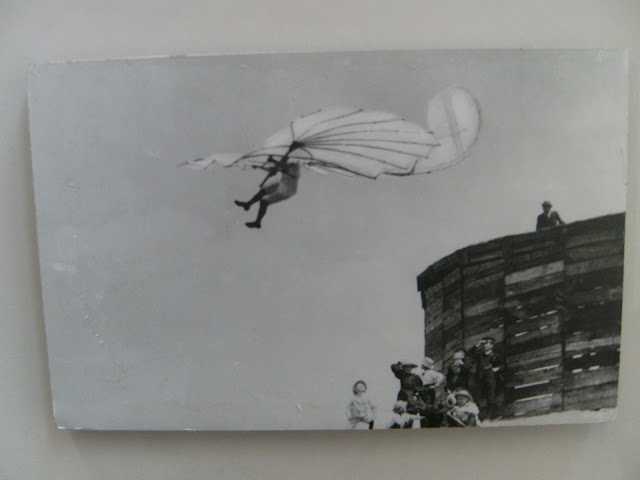