The North American B-25 Mitchell was an American twin-engined medium bomber manufactured by North American Aviation. It was used by many Allied air forces, in every theater of World War II, as well as many other air forces after the war ended, and saw service across four decades.
The B-25 was named in honor of General Billy Mitchell, a pioneer of U.S. military aviation. By the end of its production, nearly 10,000 B-25s in numerous models had been built. These included a few limited variations, such as the United States Navy's and Marine Corps' PBJ-1 patrol bomber and the United States Army Air Forces' F-10 photo reconnaissance aircraft.

Far East
The majority of B-25s in American service were used in the Pacific. It fought on Papua New Guinea, in Burma and in the island hopping campaign in the central Pacific. It was in the Pacific that the aircraft’s potential as a ground attack aircraft was discovered and developed. The jungle environment reduced the usefulness of standard level bombing, and made low level attack the best tactic. The ever-increasing amount of forward firing guns was a response to this operational environment, making the B-25 a formidable strafing aircraft.
In Burma the B-25 was often used to attack Japanese communication links, especially bridges in central Burma. It was also used to help supply the besieged troops at Imphal in 1944.
In the Pacific the B-25 proved itself to be a very capable anti-shipping weapon, sinking many of the ships being used to reinforce the Japanese position. Later in the Pacific war the distance between islands limited the usefulness of the B-25, although it was used against Guam and Tinian. It was also used against Japanese-occupied islands that had been bypassed by the main campaign, as happened in the Marshall Islands.

The first B-25s arrived in Egypt just in time to take part in the Battle of El Alamein. From there the aircraft took part in the rest of the campaign in North Africa, the invasion of Sicily and the advance up Italy. In Italy the B-25 was used in the ground attack role, concentrating on attacks against road and rail links in Italy, Austria and the Balkans. The B-25 had a longer range than the Douglas A-20 Havoc and Douglas A-26 Invaders, allowing it to reach further into occupied Europe. The five bombardment groups that used the B-25 in the desert and Italy were the only U.S. units to use the B-25 in Europe.

The U.S. Eighth Air Force, based in Britain, concentrated on long-range raids over Germany and occupied Europe. Although it did have a small number units equipped with twin-engined aircraft, the B-25 was not amongst them. However, the RAF received nearly 900 Mitchells, using them to replace Douglas Bostons, Lockheed Venturas and Vickers Wellington bombers. The Mitchell entered active RAF service on 22 January 1943. At first it was used to bomb strategic targets in occupied Europe. After the D-Day invasion the RAF used its Mitchells to support the armies in Europe, moving several squadrons to forward airbases in France and Belgium.

The kit is from ACADEMY and in scale 1:144. Interior and some details have been added to give it a better look. 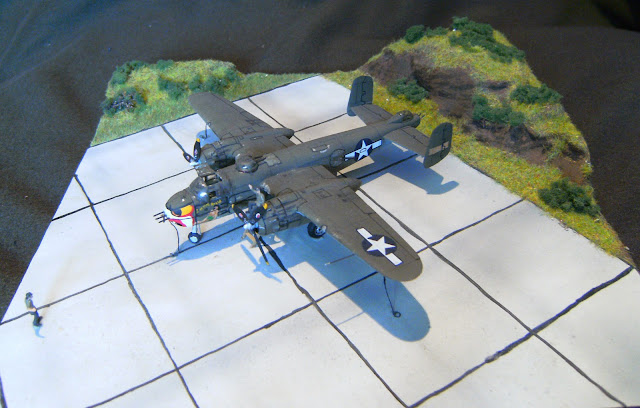 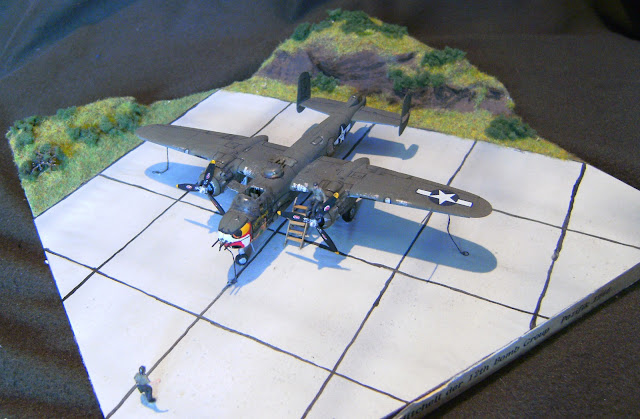 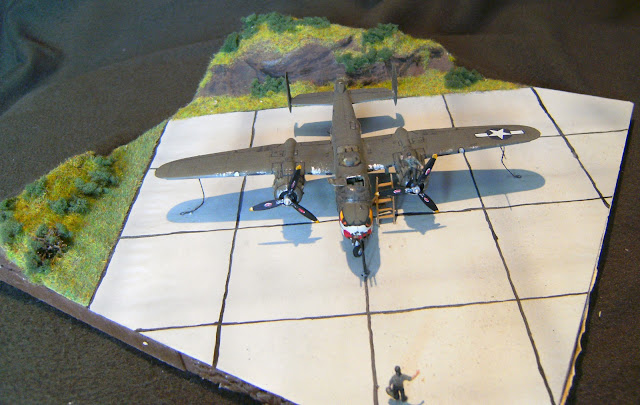 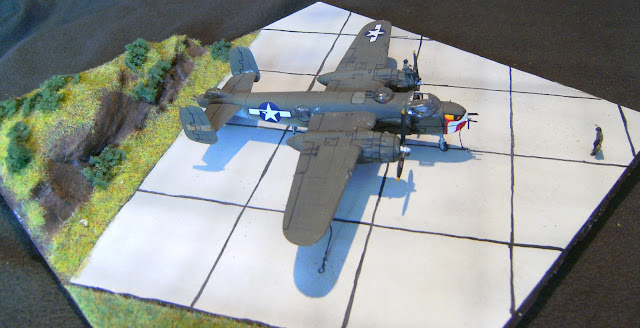 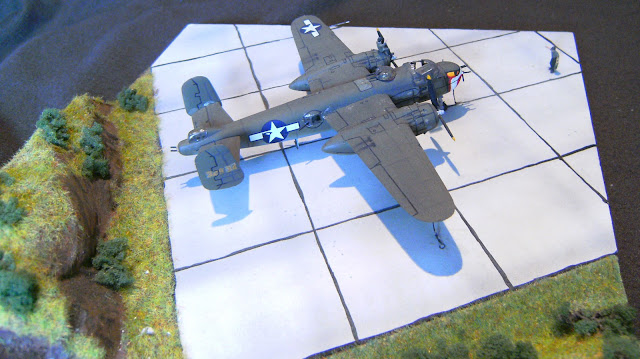 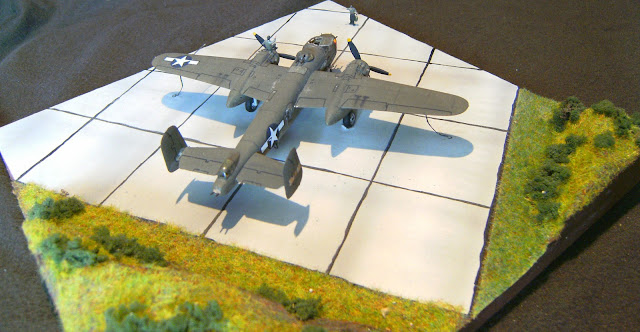 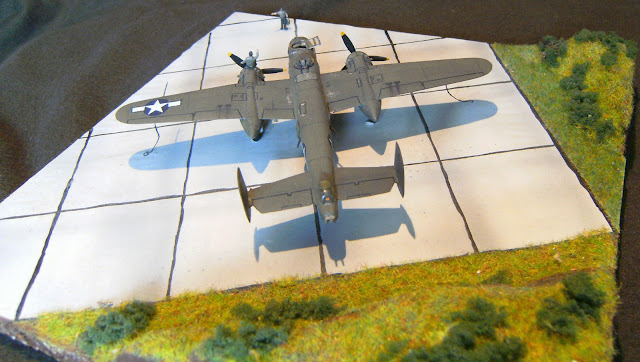 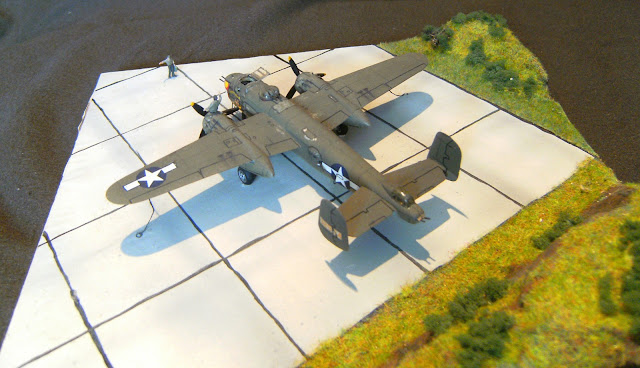 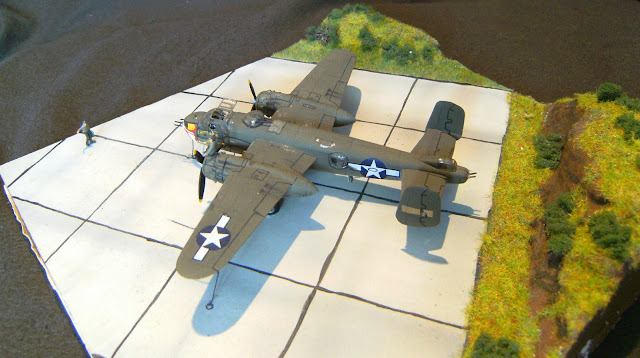 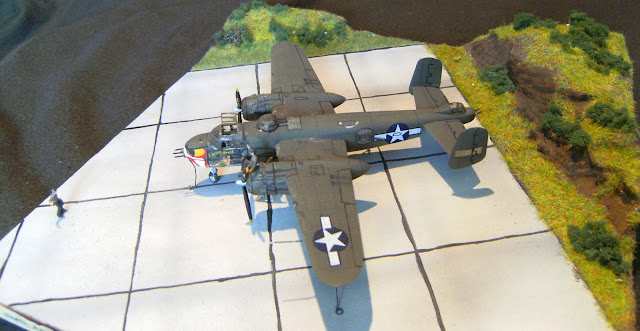 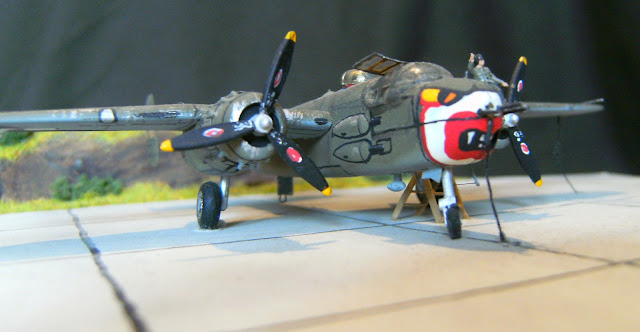 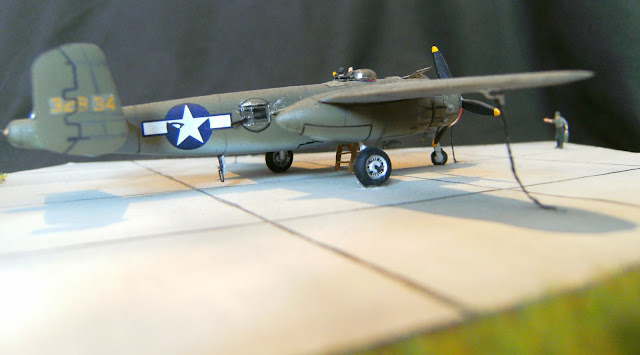 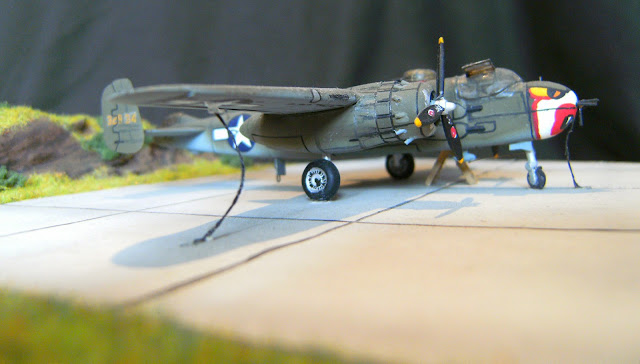 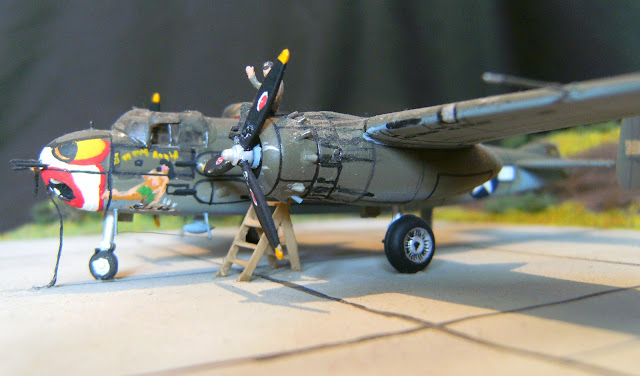 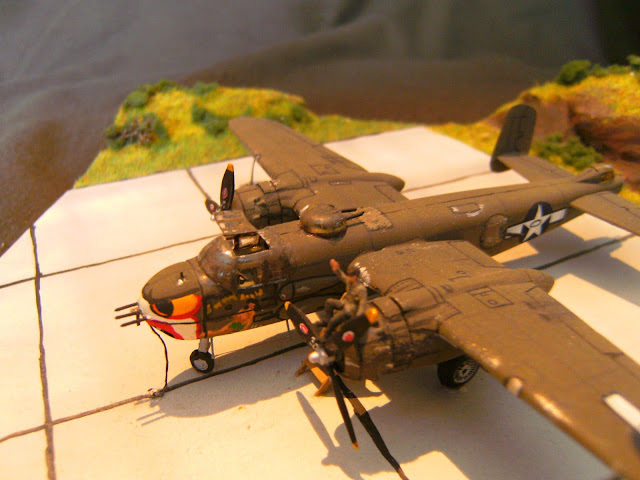