The Heinkel He 70 was a German mail plane and fast passenger aircraft of the 1930s, that also saw use in auxiliary bomber and reconnaissance roles. It had a relatively brief commercial career before it was replaced by types which could carry more passengers. The He 70 was a leading design for its day, setting eight world speed records by the beginning of 1933.

Luft Hansa operated He 70s between 1934 and 1937 for fast flight service which connected Berlin with Frankfurt, Hamburg and Cologne, as well as on the Cologne/Hamburg route.
He 70s were flown abroad from Stuttgart to Seville between 1934 and 1936. The route was part of the South America mail service provided by Luft Hansa that continued via Bathurst, The Gambia to Natal, Brazil, using Junkers Ju 52/3m and Dornier Wal flying boats.
Remaining aircraft were transferred to the Luftwaffe in 1937.

Twenty-eight aircraft were sent with the Legion Condor, where they were used during the Spanish Civil War as fast reconnaissance aircraft. Their high speed gave them the nickname Rayo (lightning).
The He 70K (later He 170), a fast reconnaissance airplane variant was used by the Royal Hungarian Air Force in early World War II during 1941-42. The Luftwaffe operated He 70s from 1935, initially as a light bomber and reconnaissance aircraft. As soon as purpose build designs became available, it was relegated as a liaison and courier aircraft.
The main weakness of the He 70 in military use was that crews considered it a fire risk. Elements of the airframe were made out of so-called "Elektron (alloy)", though the majority of the monocoque fuselage was Duralumin. Elektron is a very light, yet strong, alloy of magnesium, which burns readily when ignited, and is difficult to extinguish. Moreover, the wings contained a 47-gallon fuel tank apiece, which may have further added to the aircraft's reputation for being flammable. A single hit from a light machine gun is reputed to have usually set the entire plane ablaze. The Hungarian He 170A (a military version derived from the He-70 with a new WM-K-14 radial engine), fleet was retired for this and other reasons, including poor defensive armament, short range and poor view from the cabin, and replaced with vintage, high-wing He 46 monoplanes, until modern Bf 109 fighter-recce and specialized Fw 189 "Uhu" medium altitude observation aircraft could be introduced. 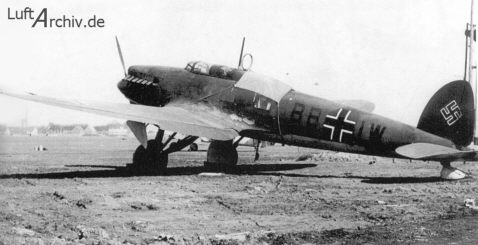 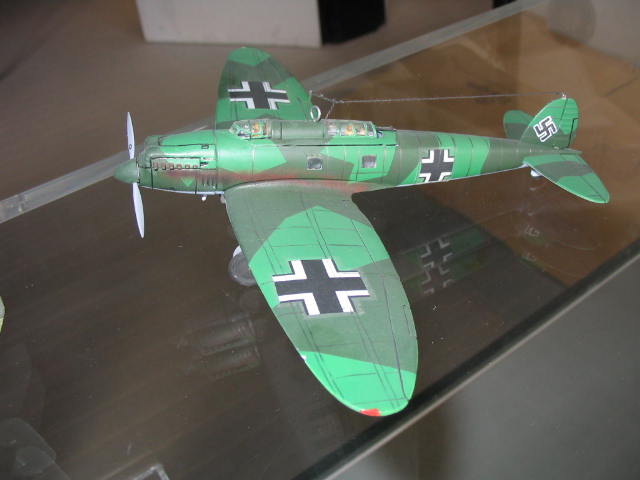 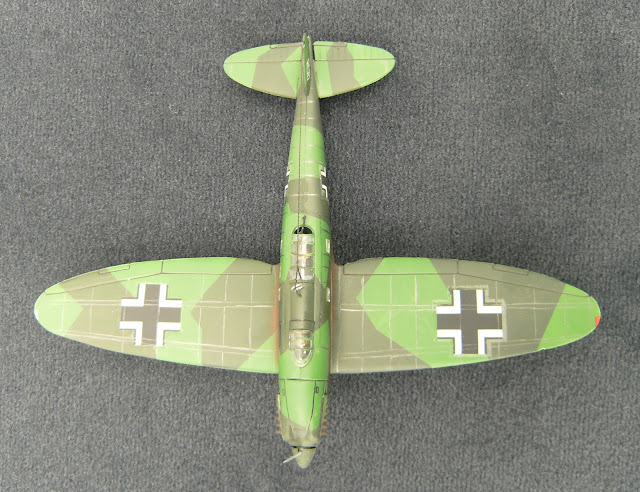 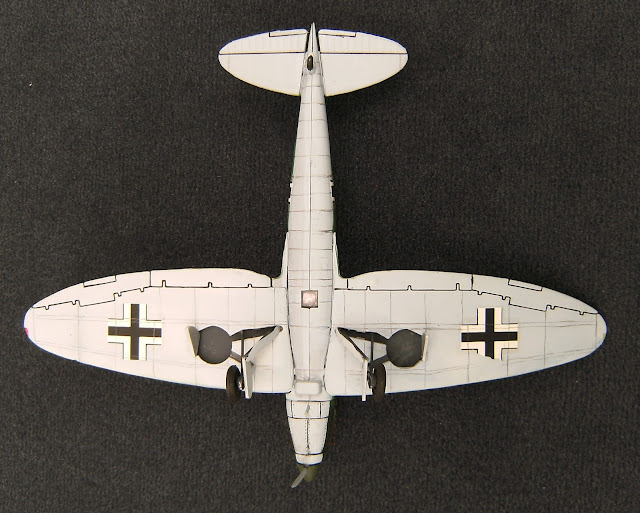 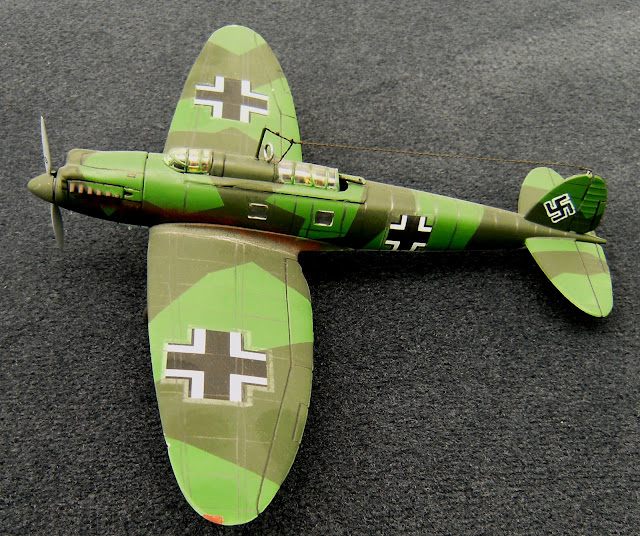 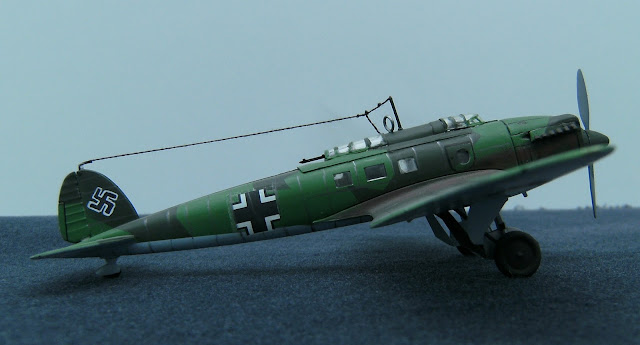 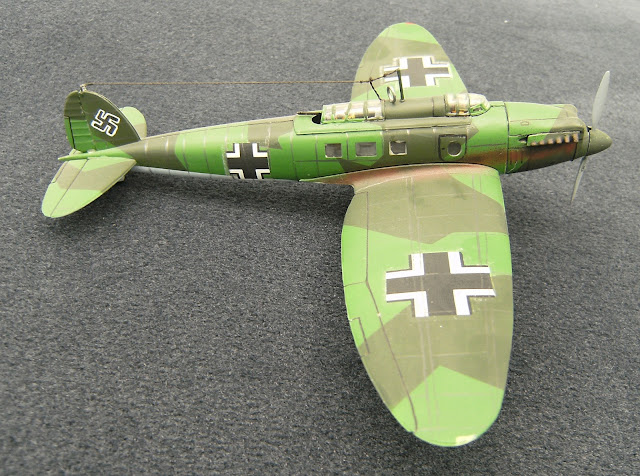 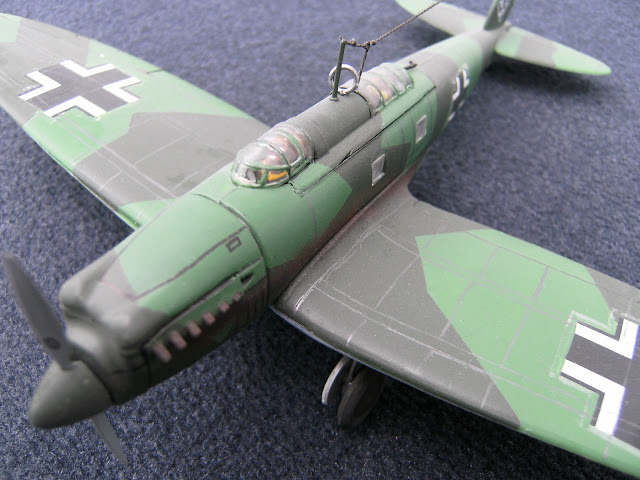 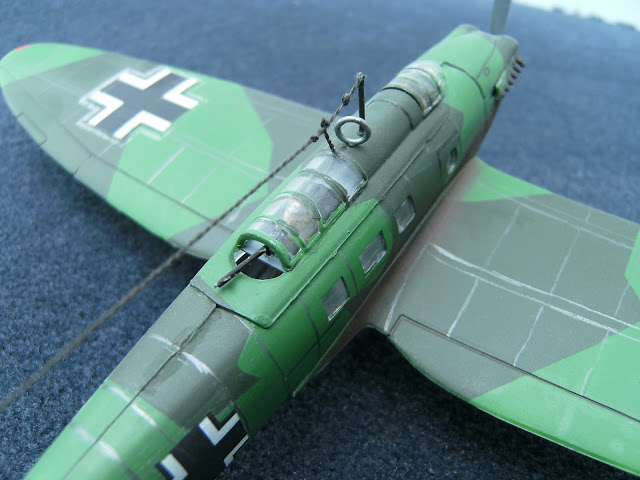