The Heinkel He 176 was a German rocket-powered aircraft. It was the world’s first aircraft to be propelled solely by a liquid-fuelled rocket, making its first powered flight on 20 June 1939 with Erich Warsitz at the controls. It was a private venture by the Heinkel company in accordance with director Ernst Heinkel's emphasis on developing technology for high-speed flight. The performance of the He 176 was
During the 1920s, German daredevils had experimented with using solid-fuel rockets to propel cars, motorcycles, railway carriages, snow sleds, and, by 1929, aircraft such as Alexander Lippisch’s Ente and Fritz von Opel’s RAK.1. Solid-fuel rockets, however, have major disadvantages when used for aircraft propulsion, as their thrust cannot be regulated, and the engines cannot be shut down once fired.
In the late 1930s, Wernher von Braun's rocketry team working at Peenemünde investigated installing liquid-fuelled rockets in aircraft. Heinkel enthusiastically supported their efforts, supplying a He 72 and later two He 112s for the experiments. In early 1937, one of these latter aircraft was flown with its piston engine shut down during flight, at which time it was propelled by rocket power alone. At the same time, Hellmuth Walter's experiments into Hydrogen peroxide monopropellant-based rockets were leading towards light and simple rockets that appeared well-suited for aircraft installation.
The He 176 was built to utilise one of the new Walter engines. It was a tiny, simple aircraft, built almost entirely out of wood, but did possess an advanced, totally-enclosed cockpit, with a frameless single-piece clear nose, through which the pilot's rudder pedal mounts were visible, and a flush upper cockpit glazing which was removable for entering the aircraft, making the cockpit fit completely within the forward, bullet-like contours of the fuselage. The landing gear was a combination of conventional and tricycle gear designs, with the main gear's struts intended to retract rearwards into the fuselage, with a fixed, aerodynamically faired nose wheel and strut, and a retractable tail wheel. A unique feature of the He 176 was its jettisonable nose escape system. Compressed air was used to separate the nose from the aircraft. A drogue chute was used to reduce the opening force required. After the drogue was deployed, the flush-fitting cockpit canopy was released and a conventional pilot/parachute bailout occurred.
Heinkel demonstrated the aircraft to the RLM, but official lack of interest led to the abandonment of the company's rocket propulsion programme. Testing of the He 176 ended with only one aircraft being built. It was put on display at the Berlin Air Museum and was destroyed by an Allied bombing raid in 1943.
Prior to the cancellation of the programme, plans had been drawn up for a more sophisticated rocket-plane, still designated He 176. This was never constructed, but because it bore the same designation as the aircraft that was actually flown, many books and websites mistakenly publish pictures of it to illustrate its earlier namesake.
Germany did eventually fly an operational rocket-propelled fighter, the Me 163 Komet, but this was made by the competing Messerschmitt firm, using an engine that was a further development of the one that powered the He 176.
not spectacular, but it did provide "proof of concept" for rocket propulsion. 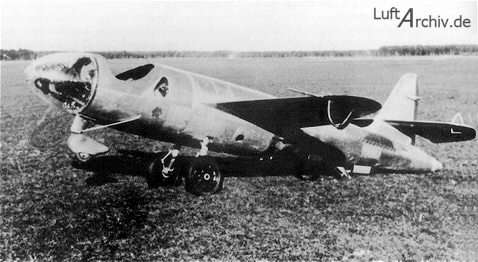 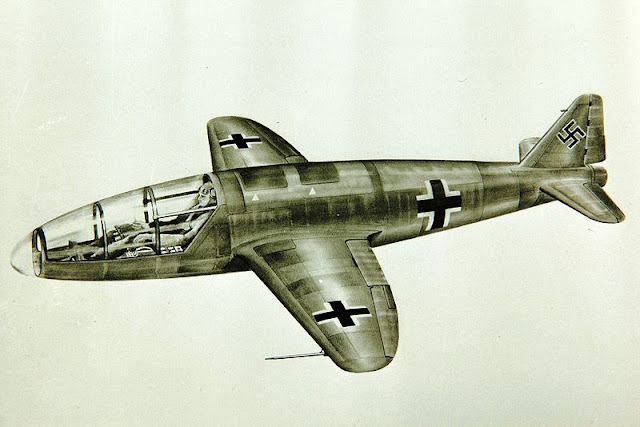 From Wikipedia, the free encyclopedia & Luft-Archiv

Modelpainting is almost fictive - but based on a camouflage-sheme used by the Luftwaffe during the last days of the Second World War. 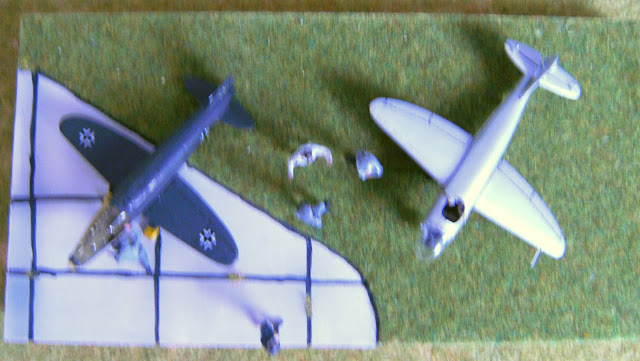 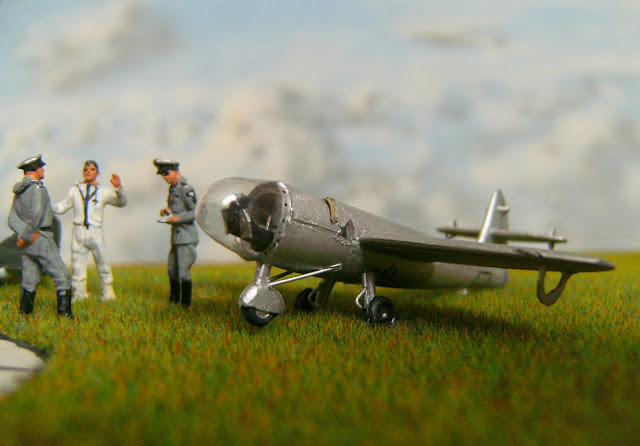 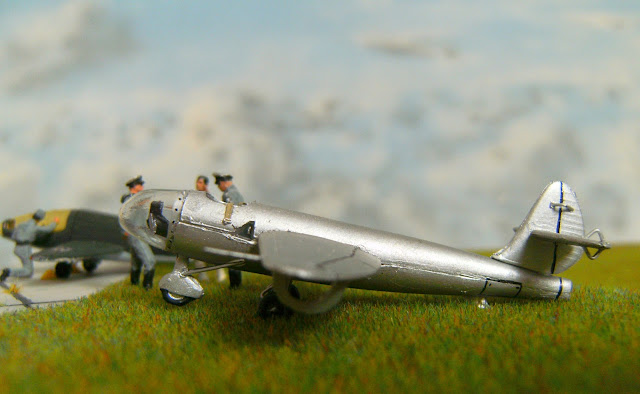 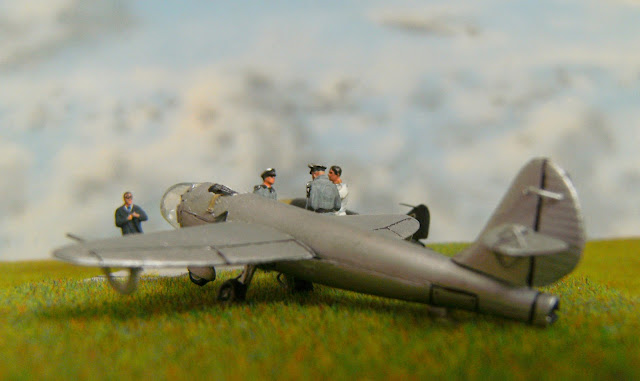 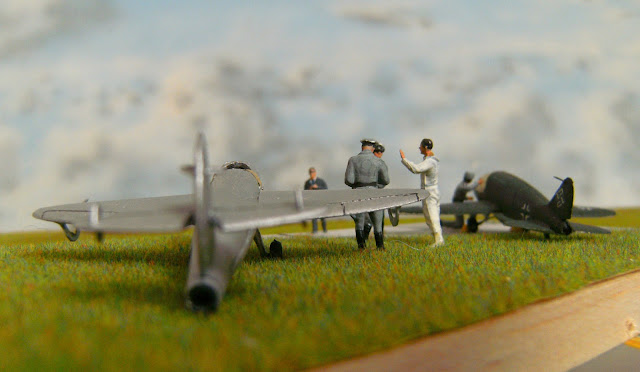 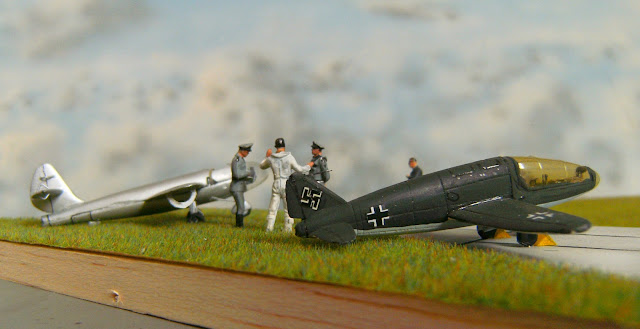 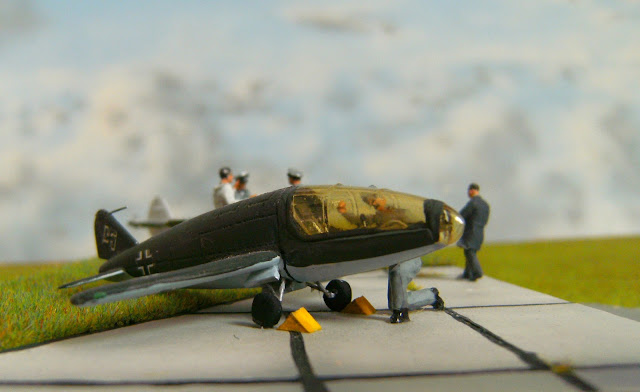 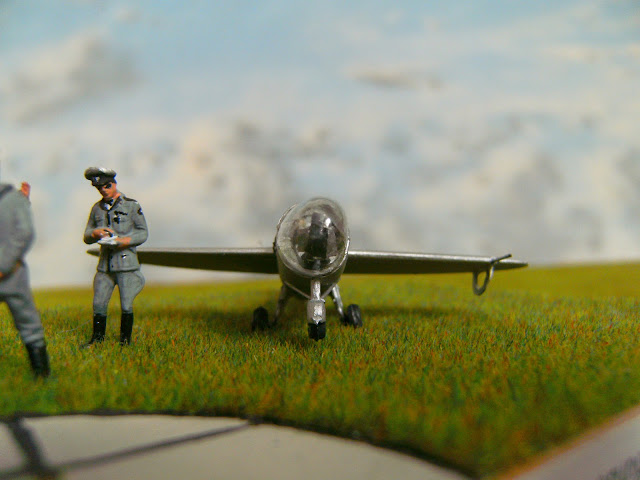 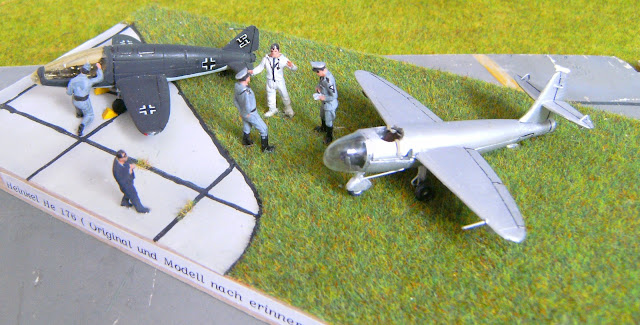 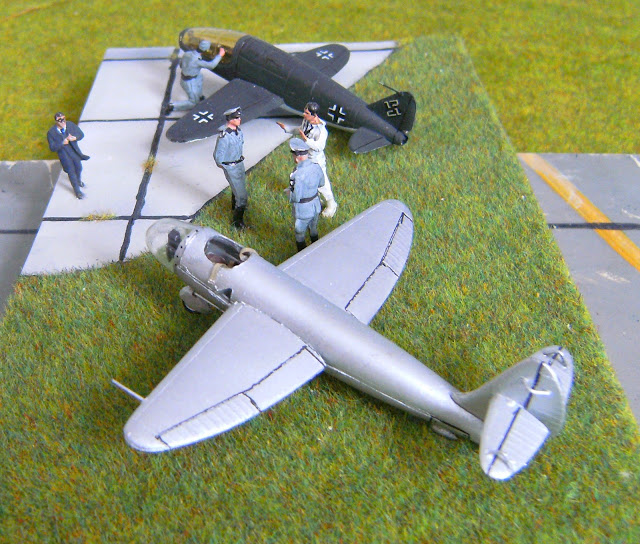 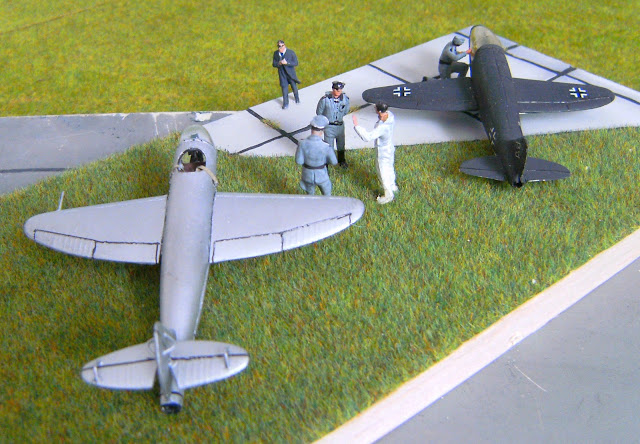 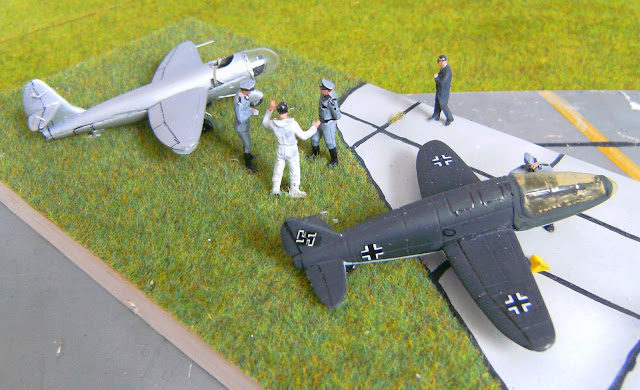 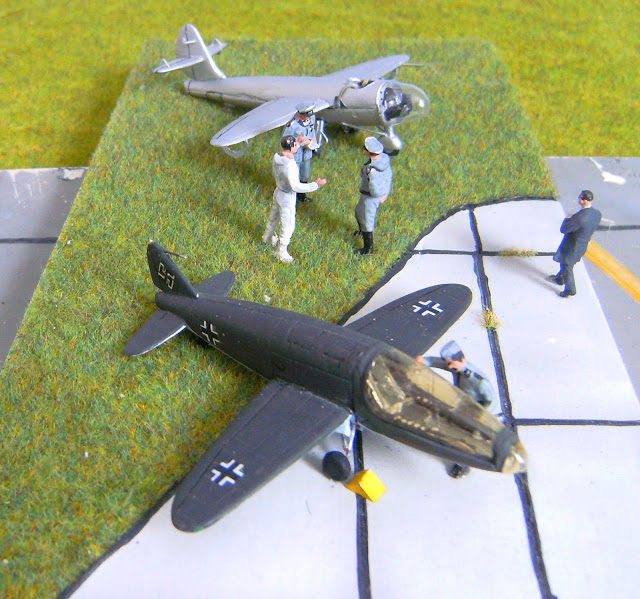 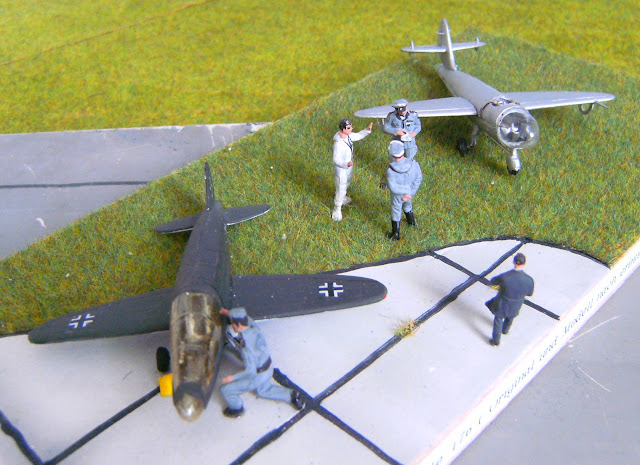 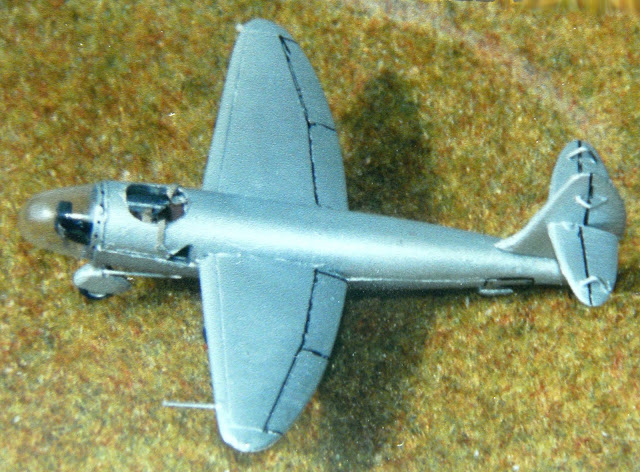