The de Havilland DH.114 Heron was a small propeller-driven British airliner that first flew on 10 May 1950. It was a development of the twin-engine de Havilland Dove, with a stretched fuselage and two more engines. It was designed as a rugged, conventional low-wing monoplane with tricycle undercarriage that could be used on regional and commuter routes. 150 were built, exported to around 30 countries. Herons later formed the basis for various conversions, such as the Riley Turbo Skyliner and the Saunders ST-27 and ST-28.

The first Heron, Series 1A suffered deficiencies, as NAC soon discovered. Firstly, the aircraft was generally underpowered. Its quite heavy engines (weighing about 882 lb/400 kg each), had an output of only 250 hp (190 kW) each. By comparison, later modifications or rebuilt aircraft had as much as 50% more power (in the case of the Saunders ST-27). Unlike the Dove, the Heron came with a fixed undercarriage and no nosewheel steering, which simplified maintenance, but reduced top speed. Secondly the lightweight aluminium alloy wingspars were prone to constant cracking due to the heavy loading on the wing caused by the overweight engines and rough landings on non paved runways at the time. NAC resolved this by replacing the aluminium spars with heavier steel spars, reducing the performance of the Heron Series 1A (re-classified 1B) to uneconomic levels for the services required of them in New Zealand. NAC disposed of them in 1957.
After 51 Series 1 aircraft had been built, production switched to the Series 2, featuring retractable landing gear, which reduced drag and fuel consumption, and increased the top speed marginally. The 2A was the equivalent of the 1A, the basic passenger aircraft while the 1B and its successor the 2B had higher maximum takeoff weight, the 2C featured fully feathering propellers, the Heron 2D had an even higher maximum takeoff weight, while the Heron 2E was a VIP version. In service, the Heron was generally well received by flight crews and passengers who appreciated the additional safety factor of the four engines. At a time when smaller airliners were still rare in isolated and remote regions, the DH.114 could provide reliable and comfortable service with seating for 17 passengers, in individual seats on either side of the aisle.
With its larger fuselage, passengers could stand up whilst moving down the aisle and large windows were also provided. Baggage was stored in an aft compartment with an additional smaller area in the nose. A few peculiarities cropped up; passengers who filled the aft rows first would find that the Heron gently "sat down" on its rear skid. Pilots and ground crews soon added a tail brace to prevent the aircraft from sitting awkwardly on its tail.
Performance throughout the Heron range was relatively "leisurely", and after production at De Havilland's Chester factory ceased in 1963, several companies, most notably Riley Aircraft Corporation, offered various Heron modification "kits," mainly related to replacing the engines, which greatly enhanced takeoff and top speed capabilities. Riley Aircraft replaced the Gipsy Queens with horizontally opposed Lycoming IO-540 engines.
One U.S. airline that carried out Riley conversions was Prinair, of Puerto Rico, which replaced the Gipsy Queens with Continental IO-520 engines. Connellan Airways also converted its Herons, using Riley kits. When available aircraft reached the end of their service lives, the engine conversions gave the elderly airliner a new lease on life as a number of examples were converted in the 1970s and 1980s including N415SA, a Riley Heron still flying in Sweden as of 20 May 2012 and a Riley Turbo Skyliner, tail number N600PR currently registered in the United States (this example appeared in the 1986 movie Club Paradise). The most radical modification of the basic Heron airframe was the Saunders ST-27/-28, that basically changed the configuration as well as the "look" of the whole aircraft with two powerful turboprop engines replacing the lethargic four-engine arrangement, the easily recognisable "hump" over the cockpit disappearing, the shape of the windows changed and the wingtips being squared instead of rounded. 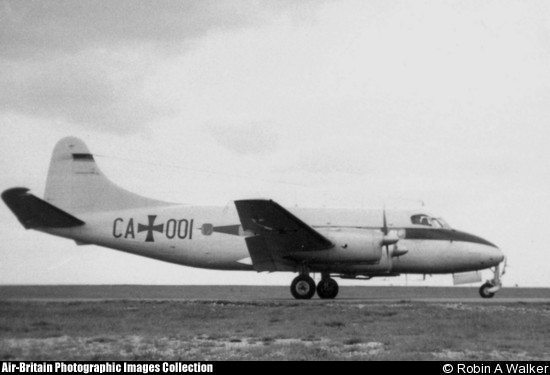 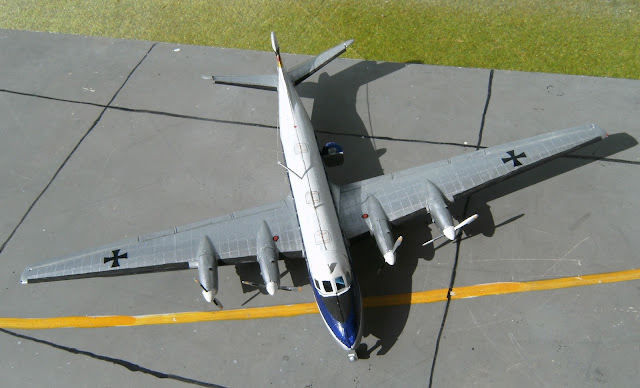 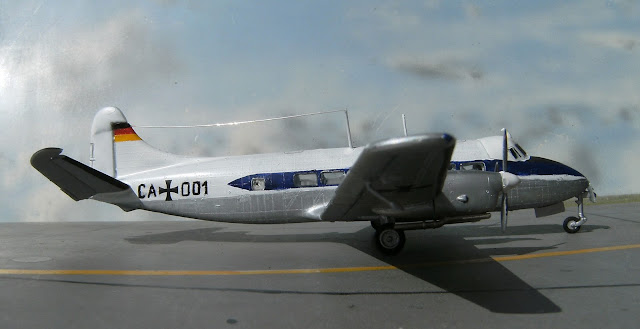 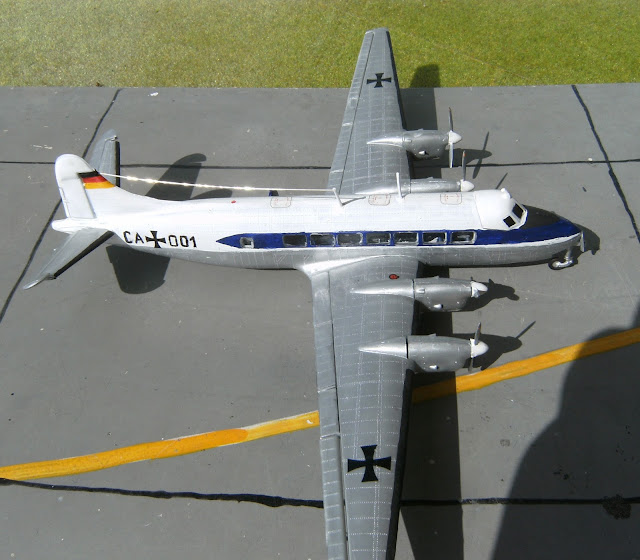 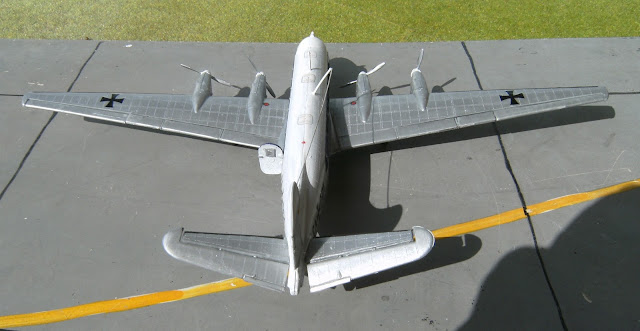 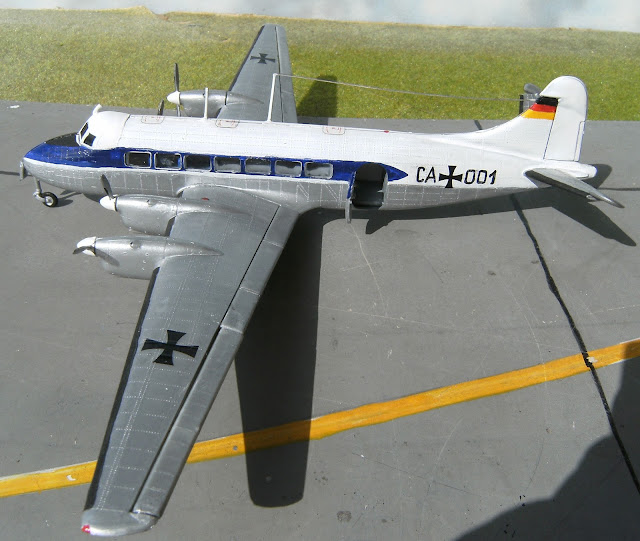 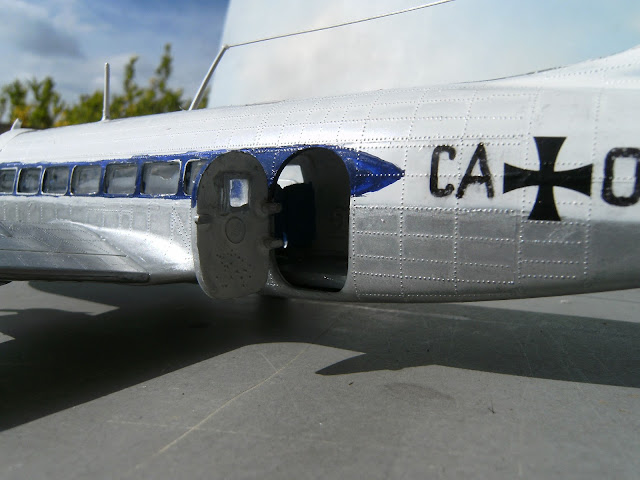 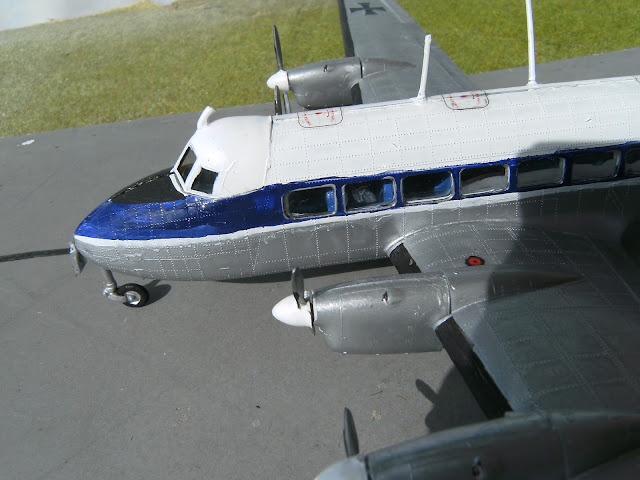 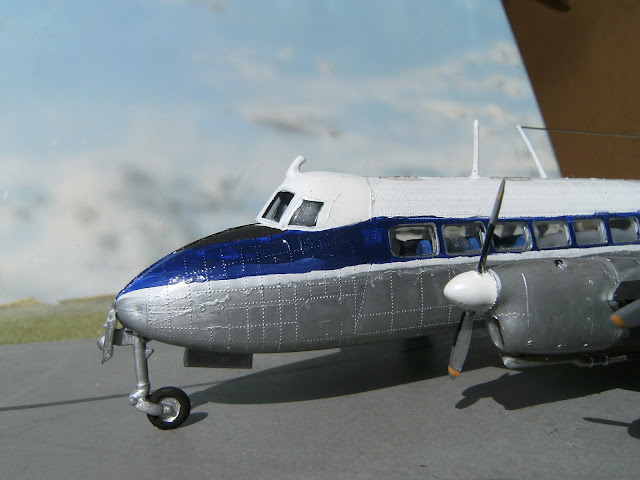 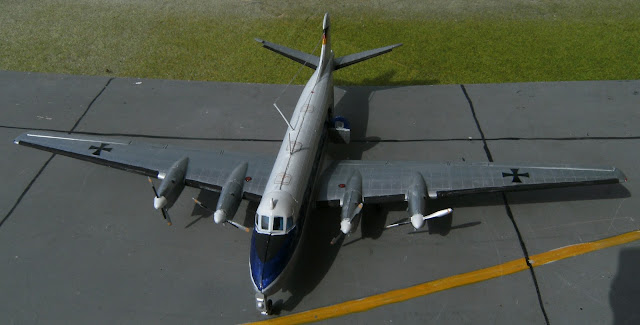 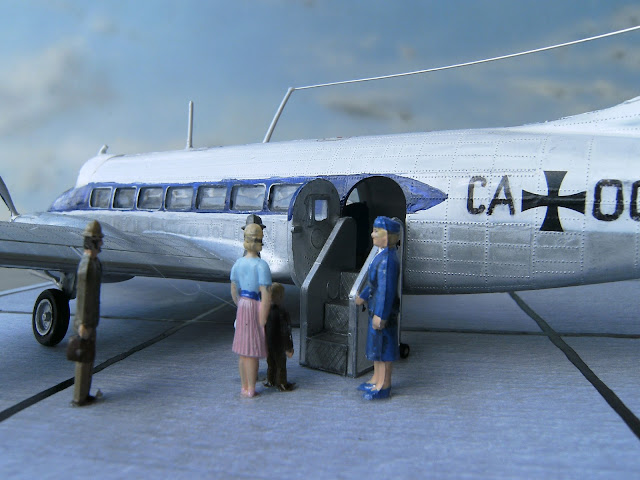 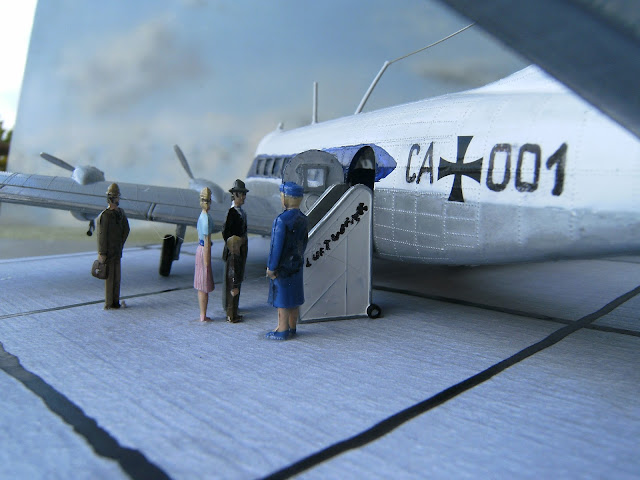 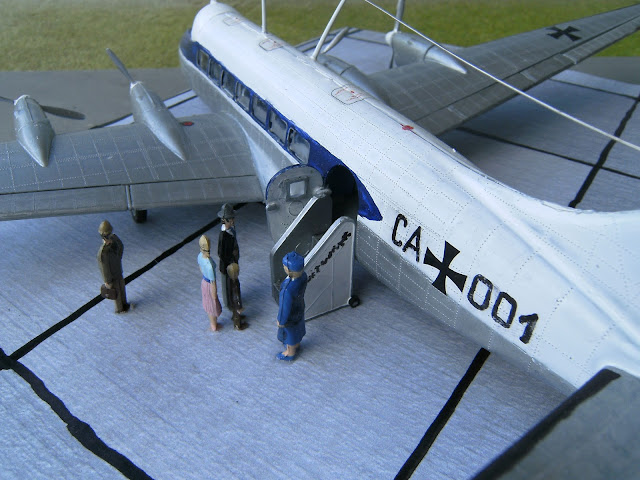 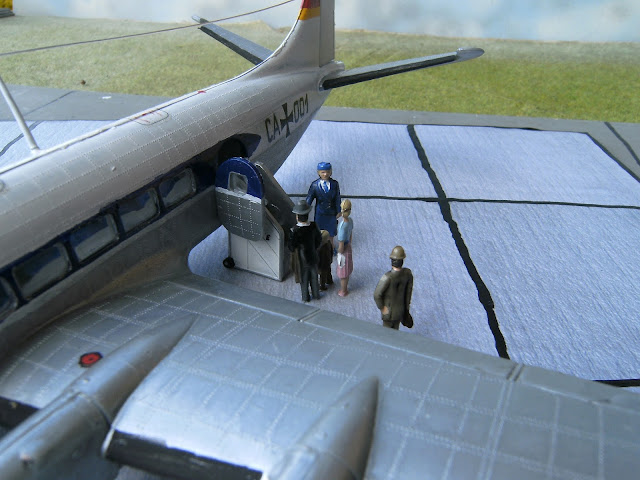 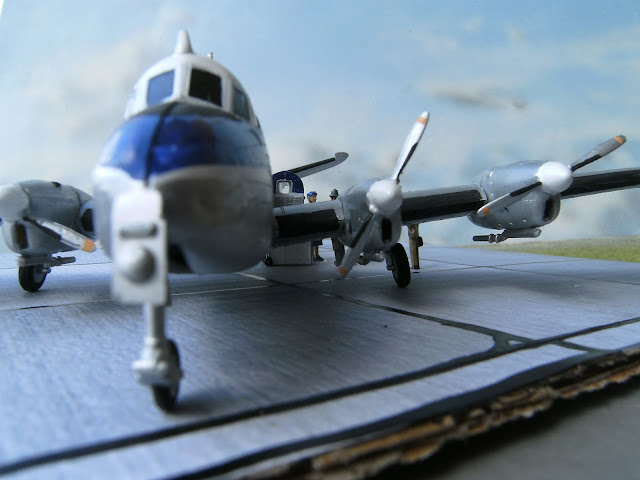