The Wainfan FMX-4 Facetmobile is an American homebuilt aircraft designed by Barnaby Wainfan, a NACA aerodynamicist and homebuilt aircraft engineer.
While only one Facetmobile prototype was produced, it has become well known due to its unique nature. The aircraft is something of a cross between a lifting body and flying wing configuration - the whole aircraft is one low aspect ratio wing: a flat, angular lifting shape. Particularly notable is that the aircraft's shape is formed of a series of 11 flat surfaces, somewhat similar to the body of the F-117 Nighthawk jet strike aircraft, but without separate wing structures. 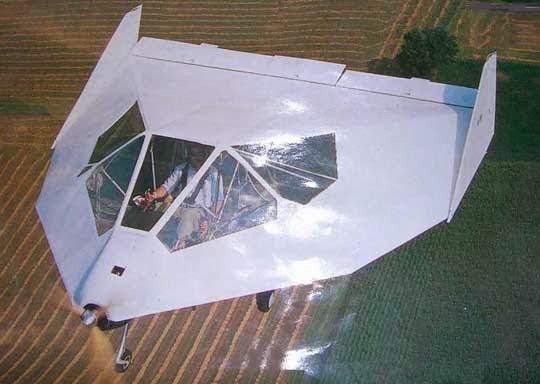 The model is made of paper, a lot of wire and some plastic-sheets. The larger quantity of the model is scratchbuild. 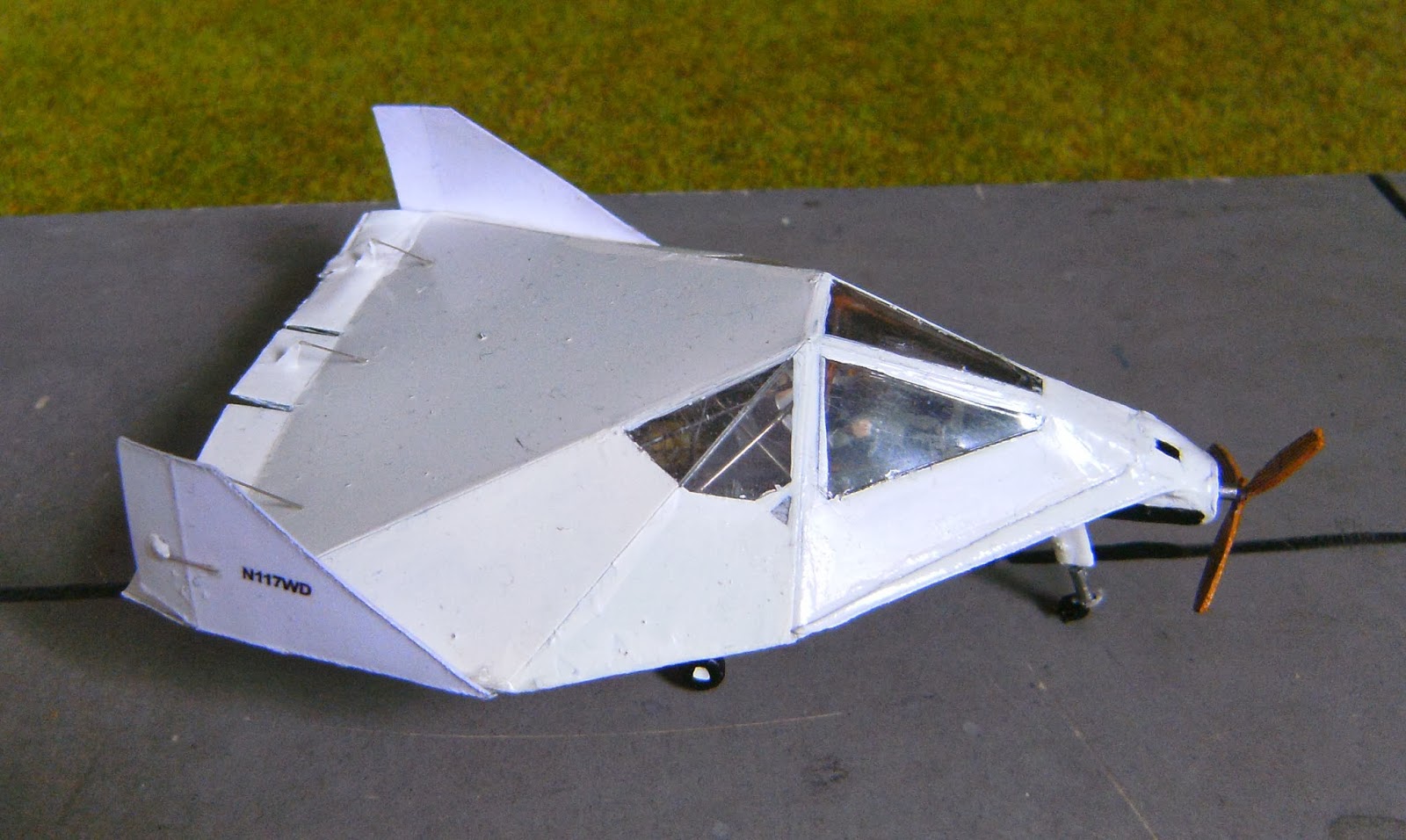 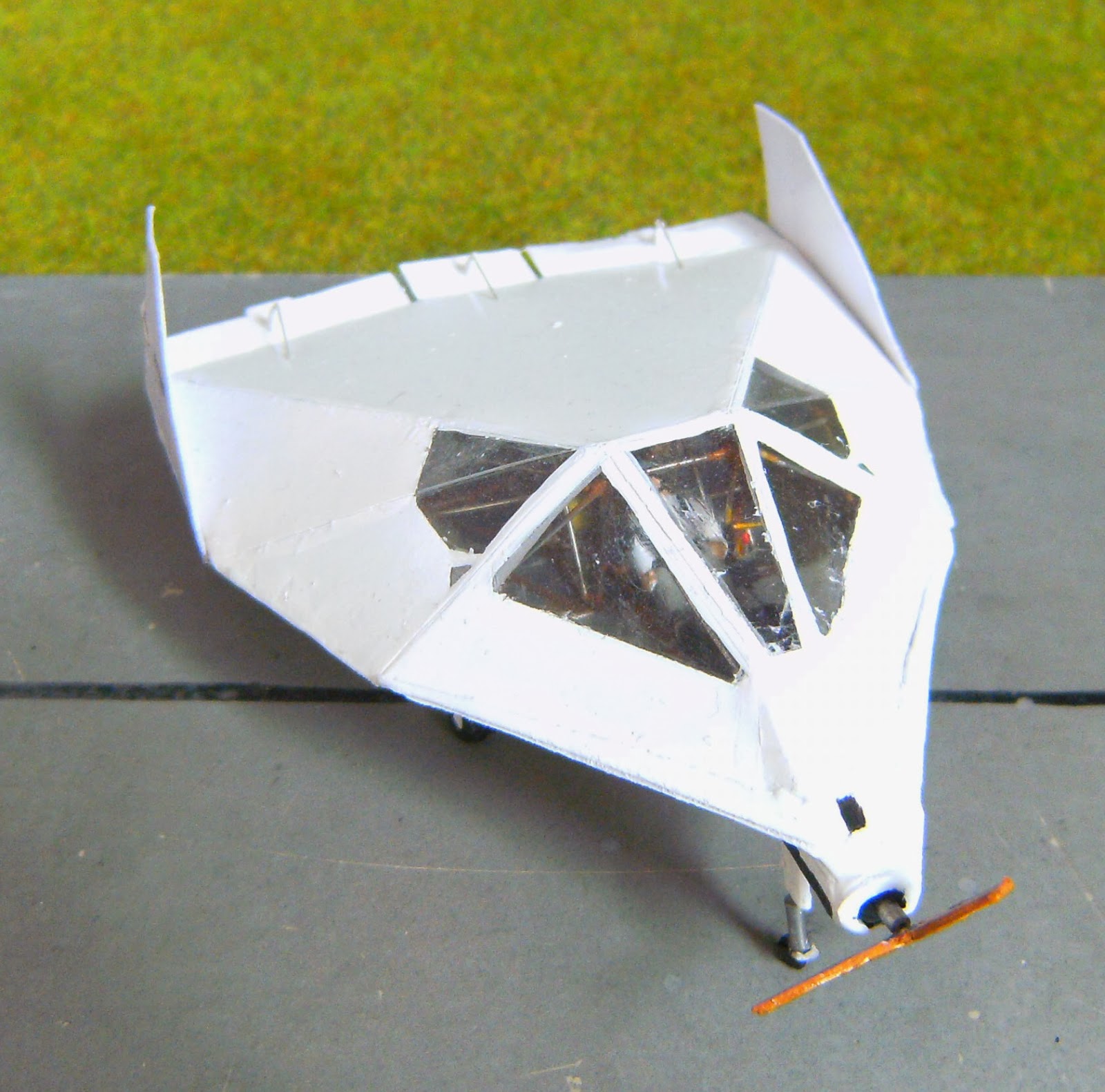 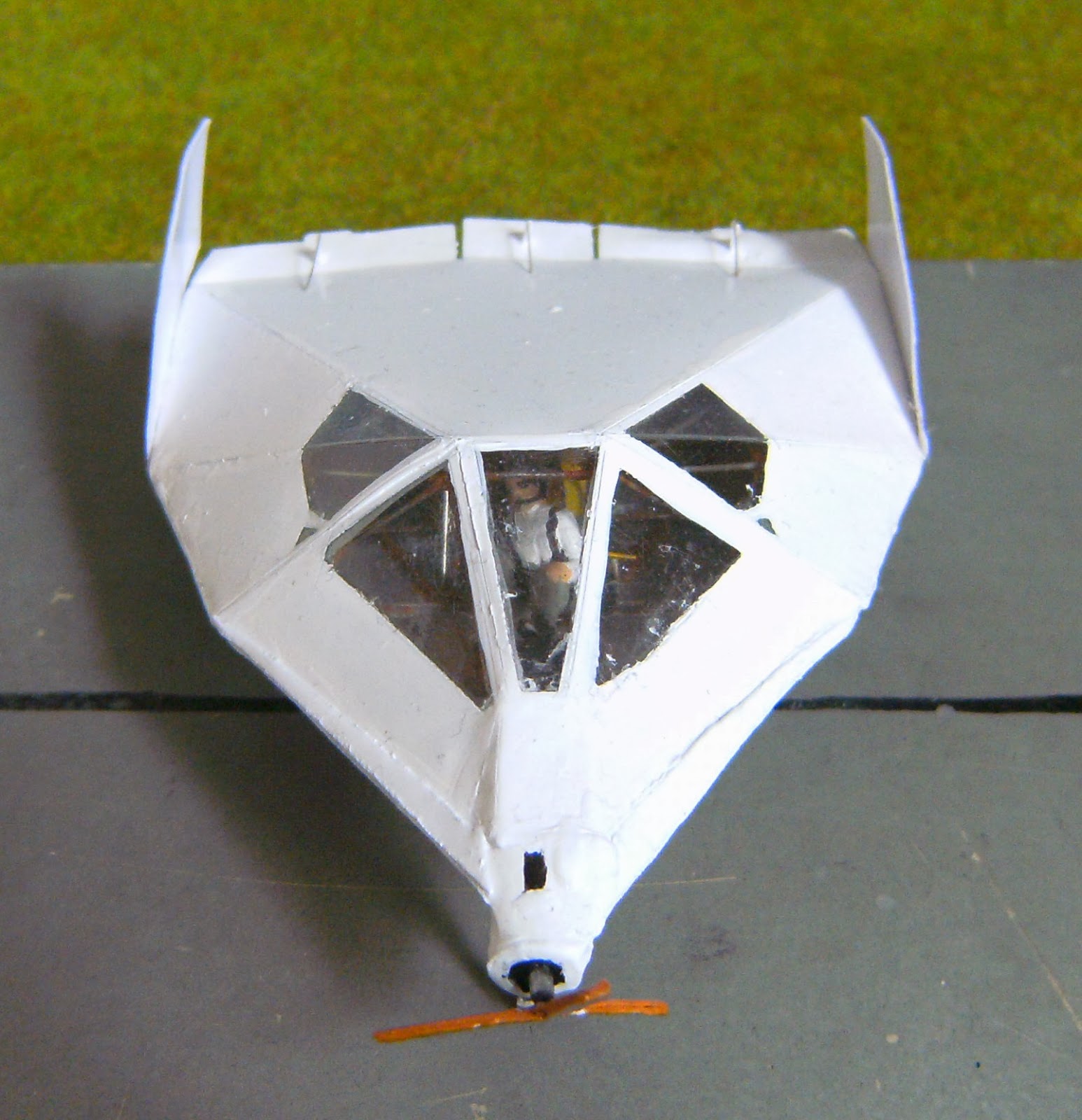 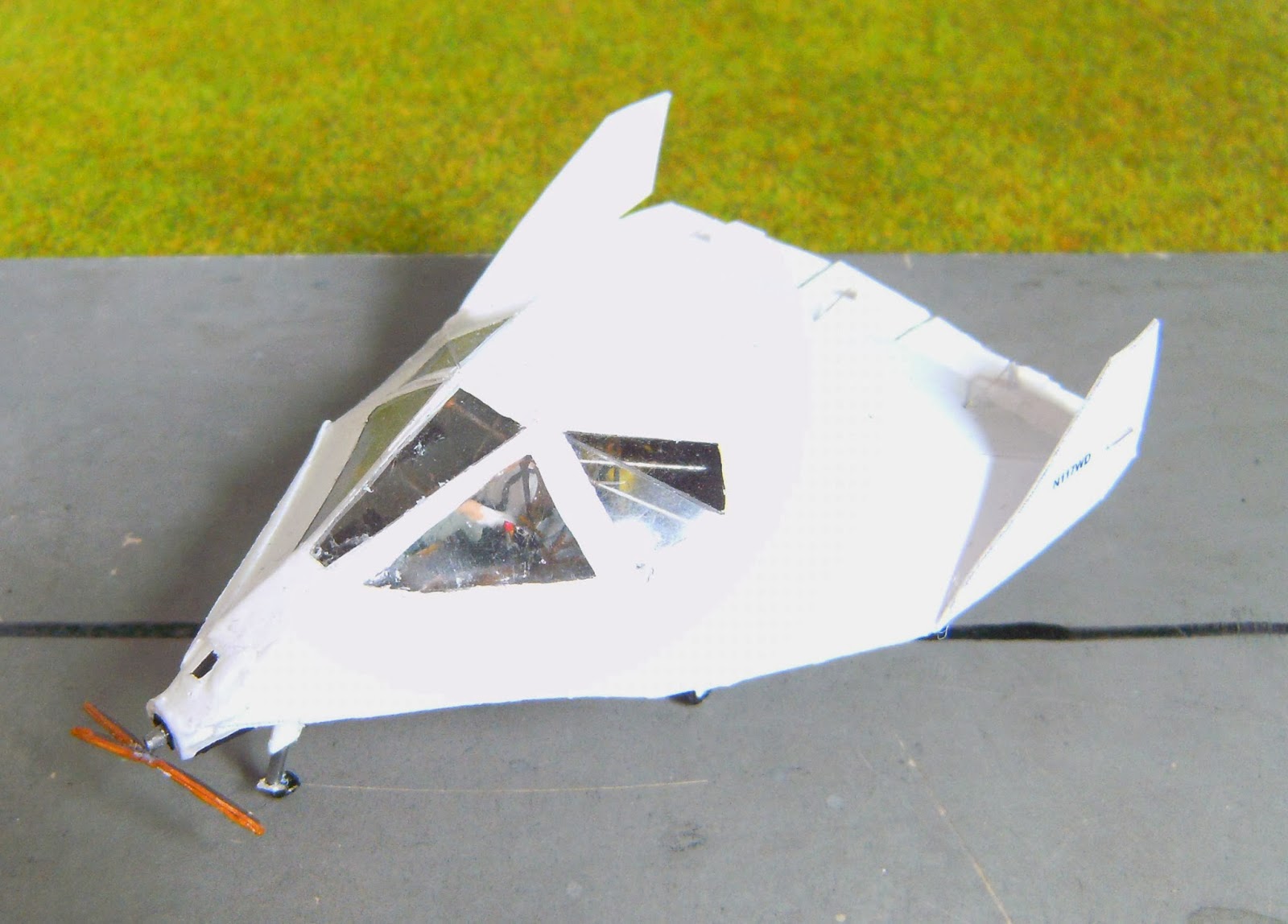 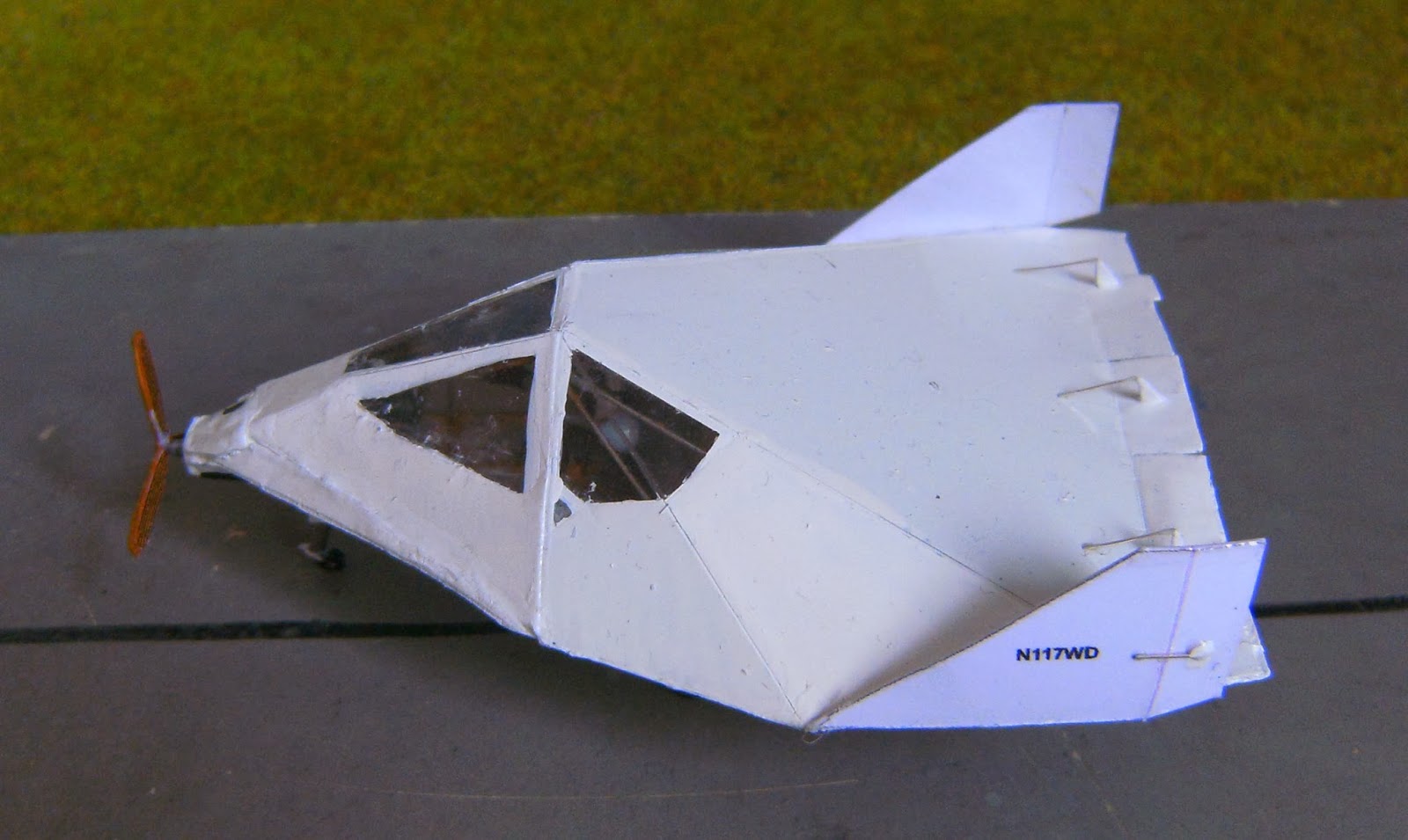 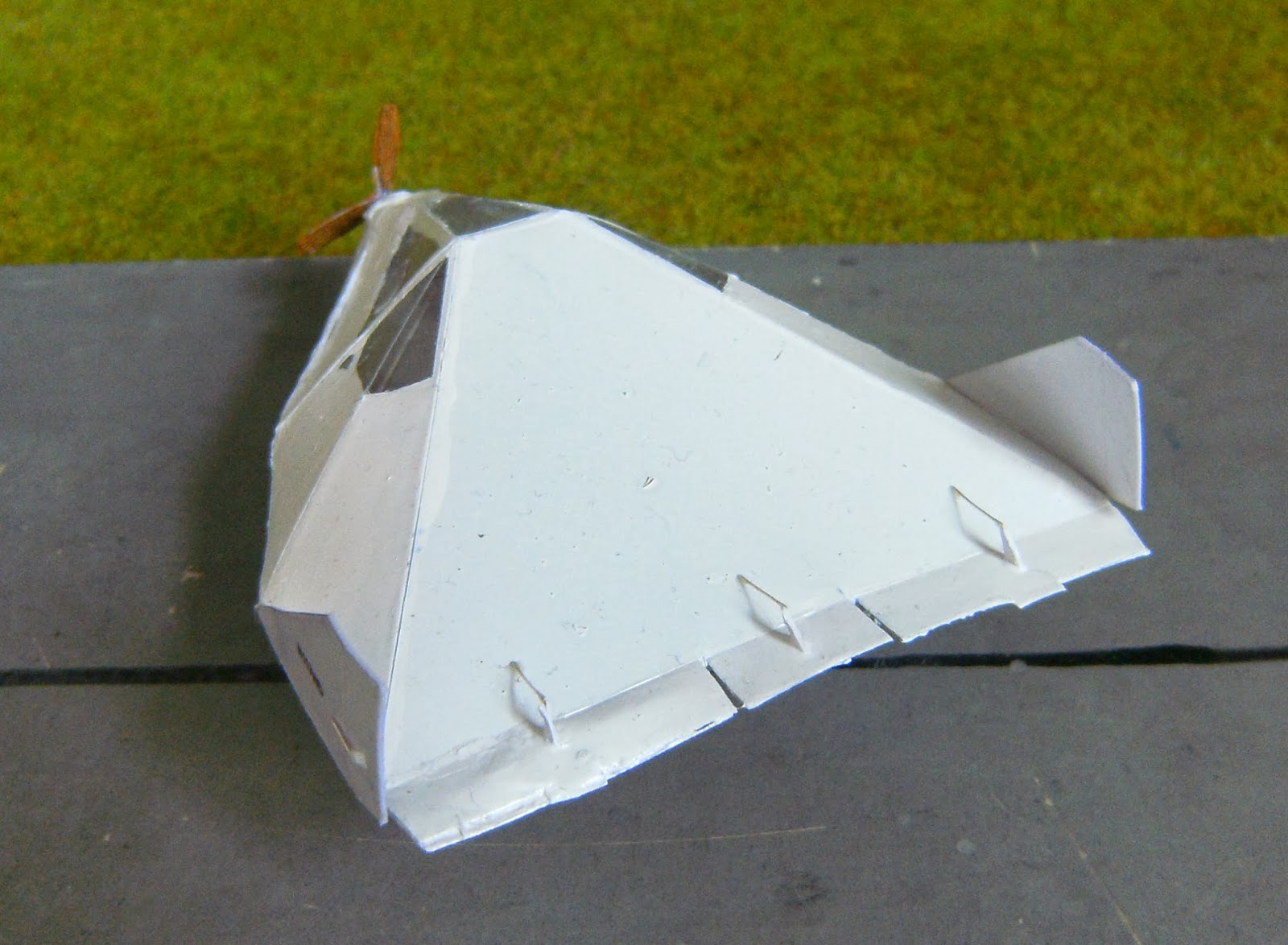 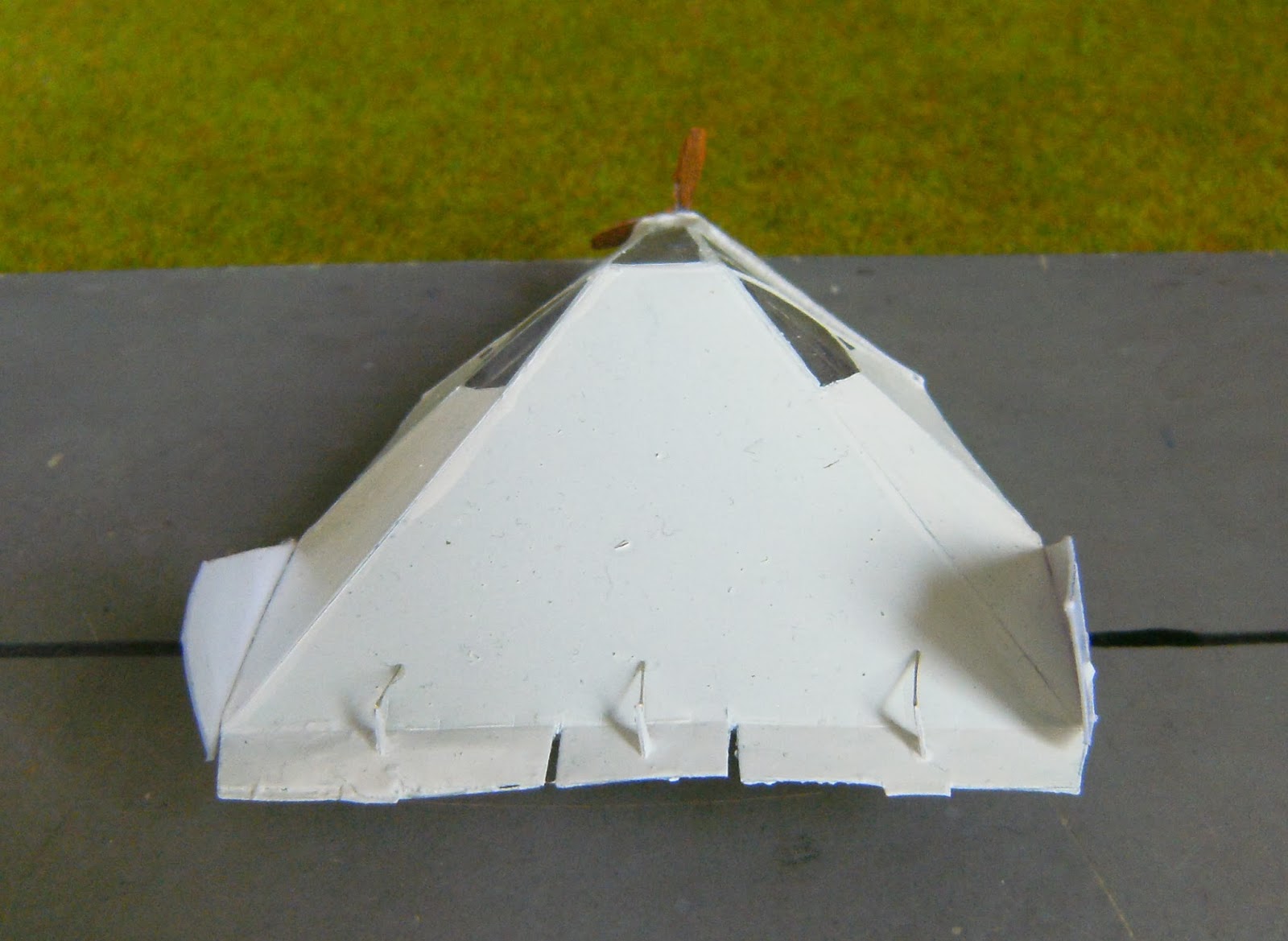 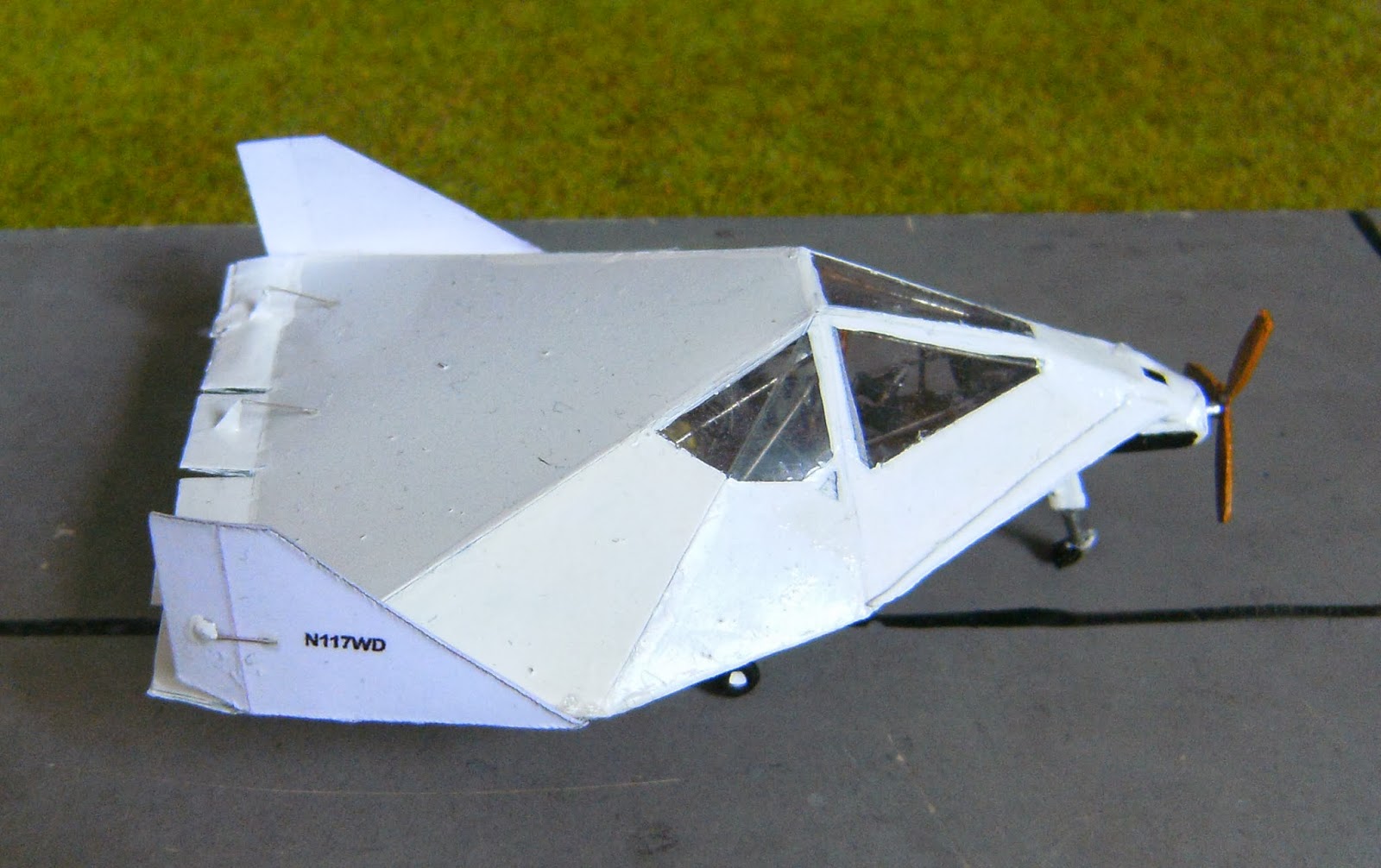 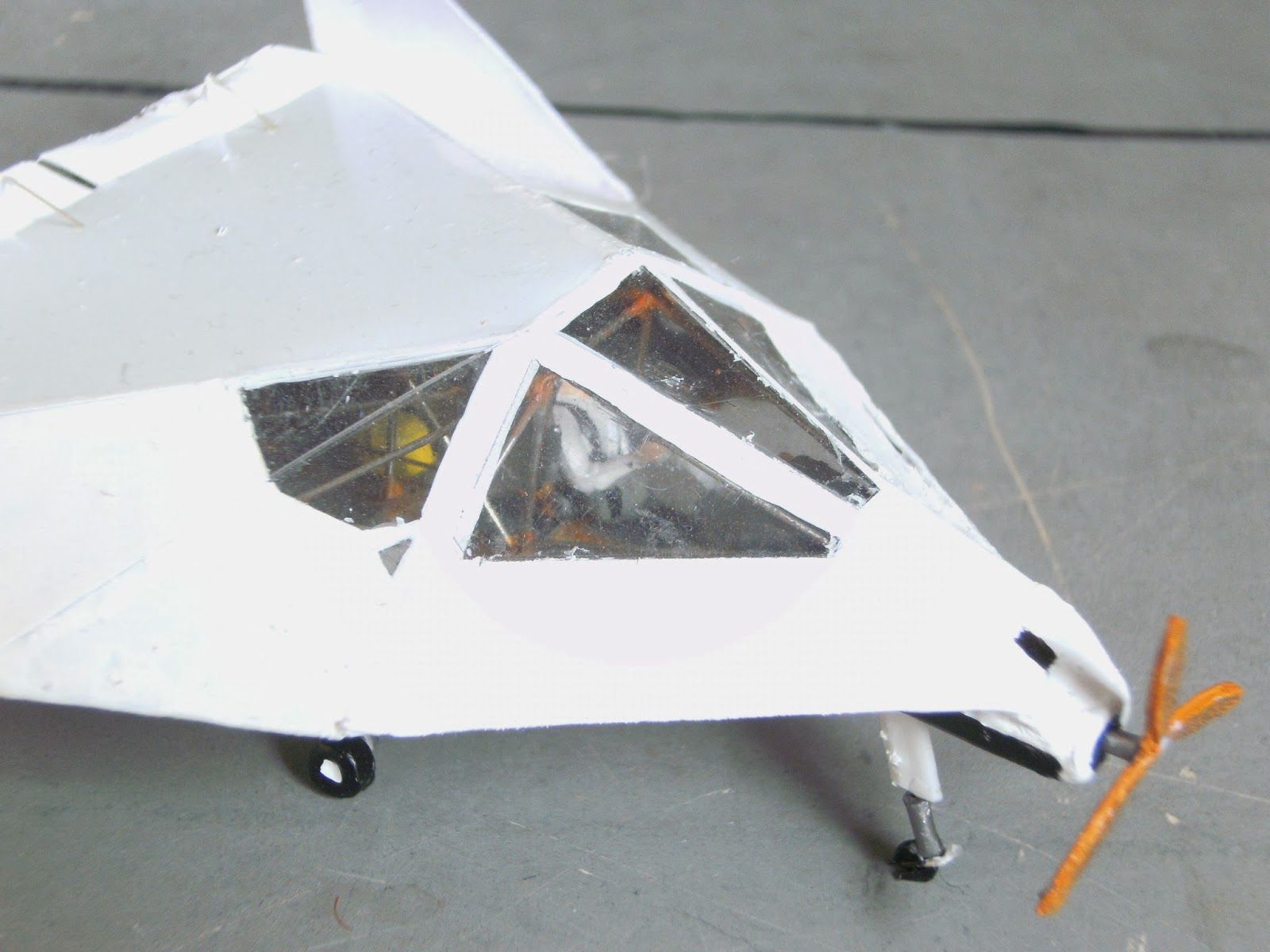 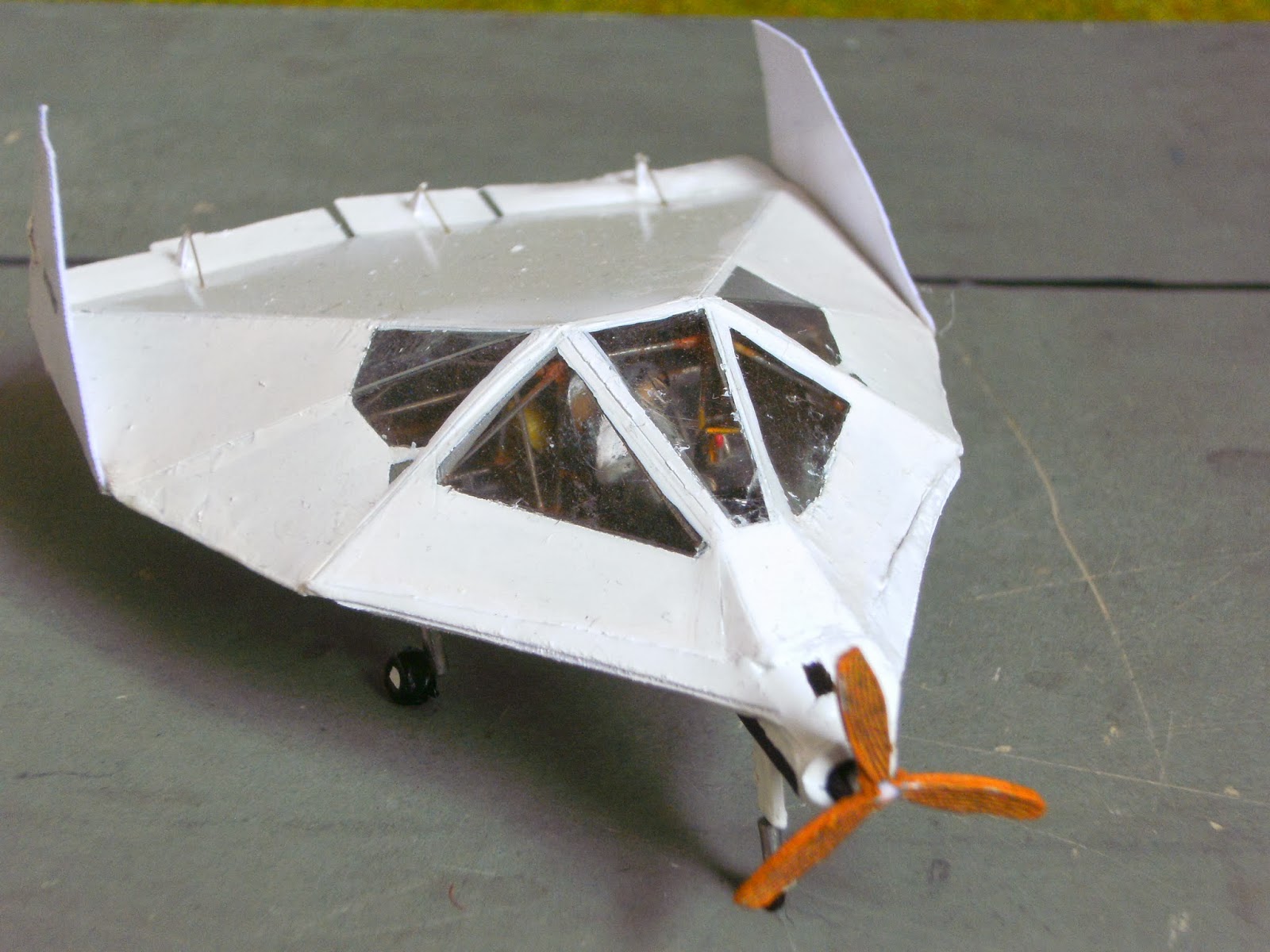 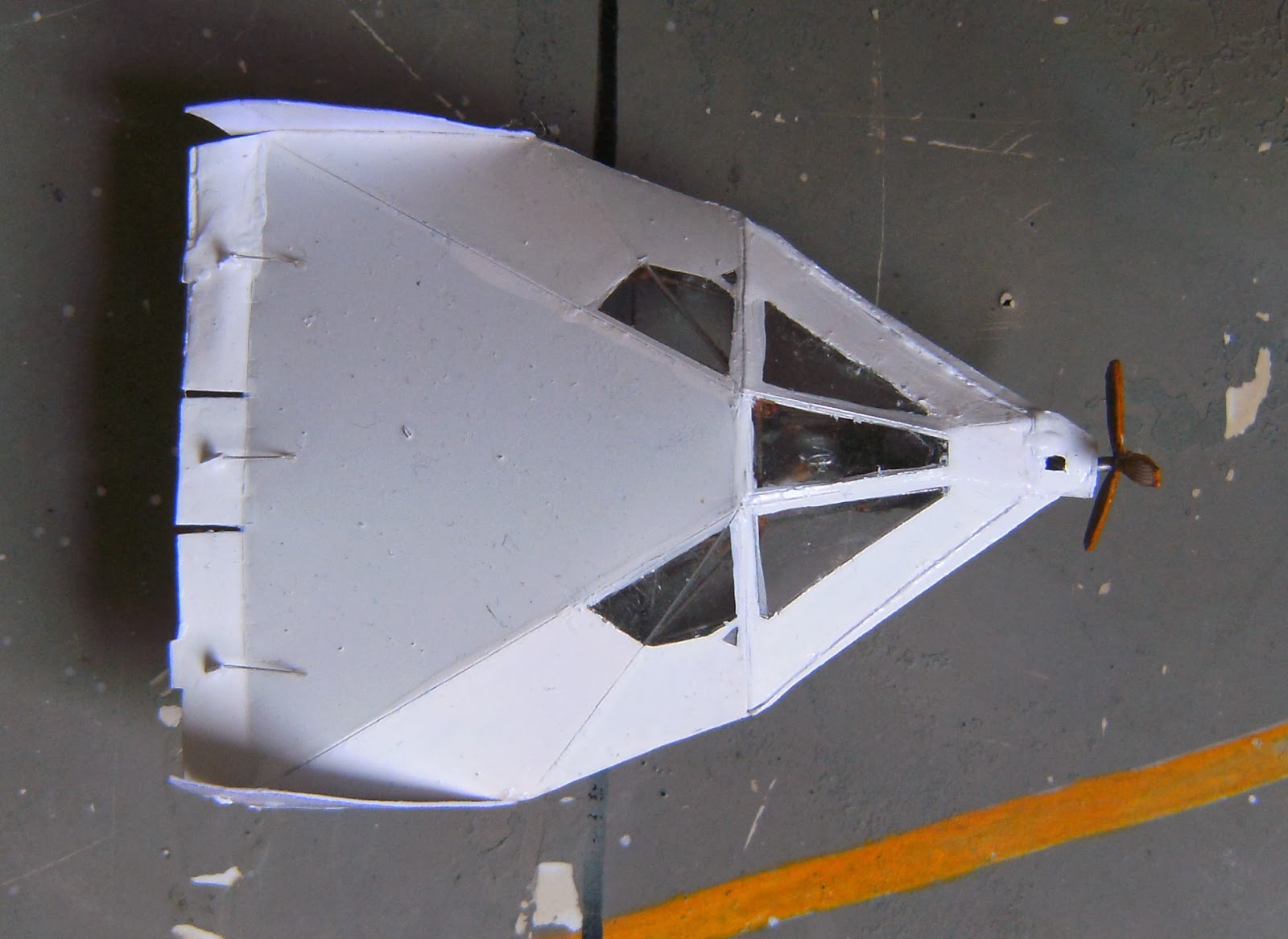 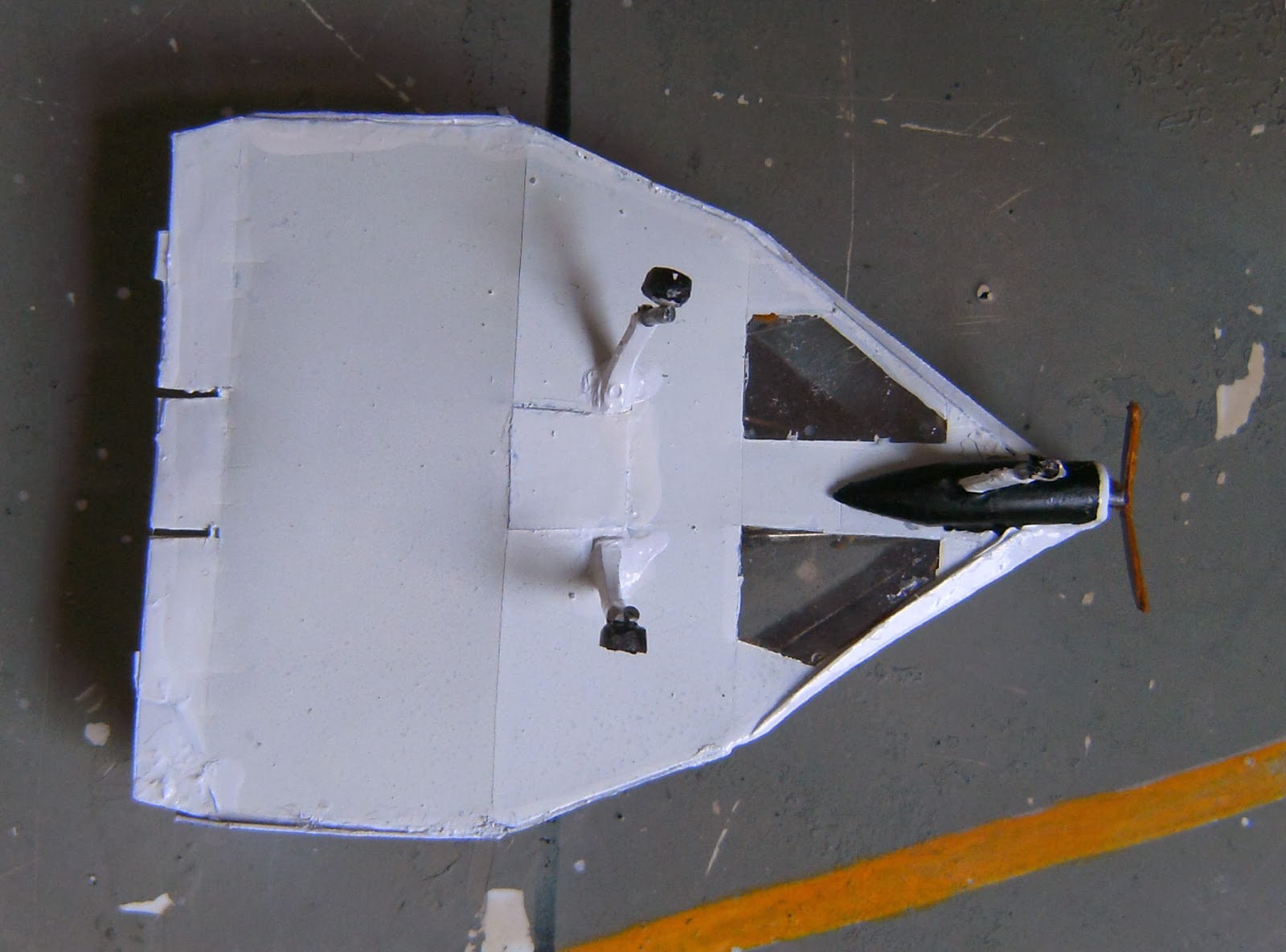 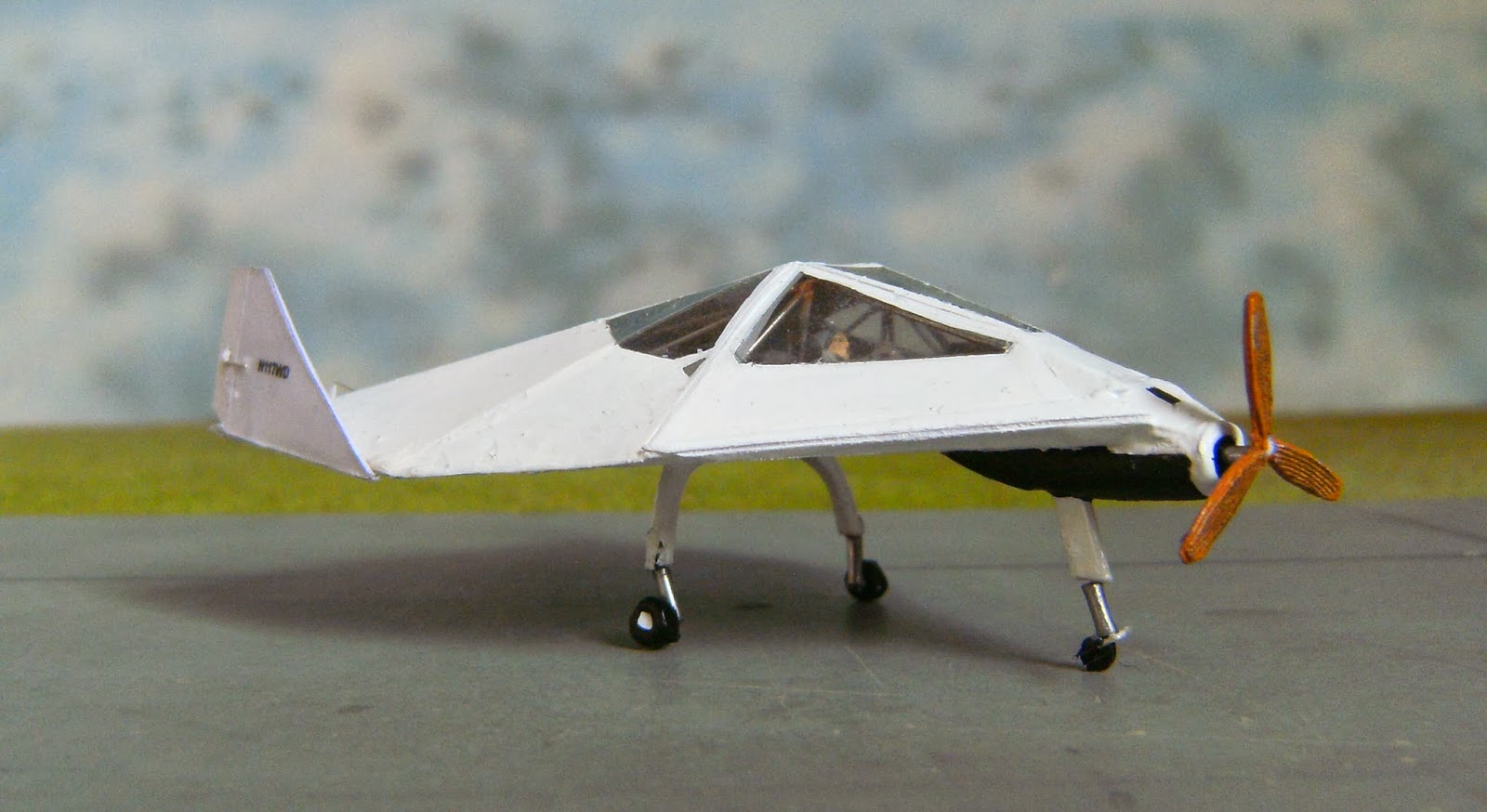 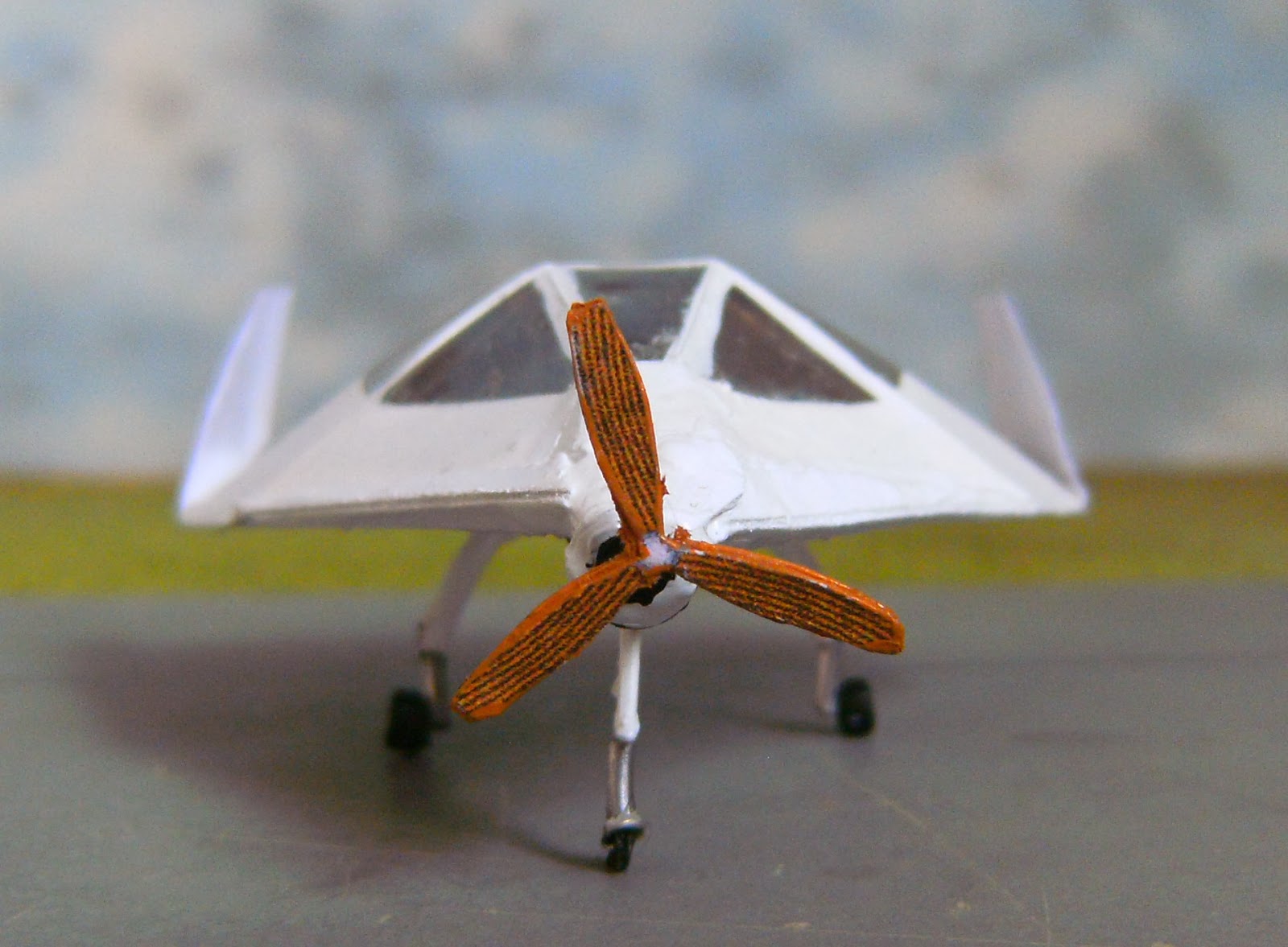 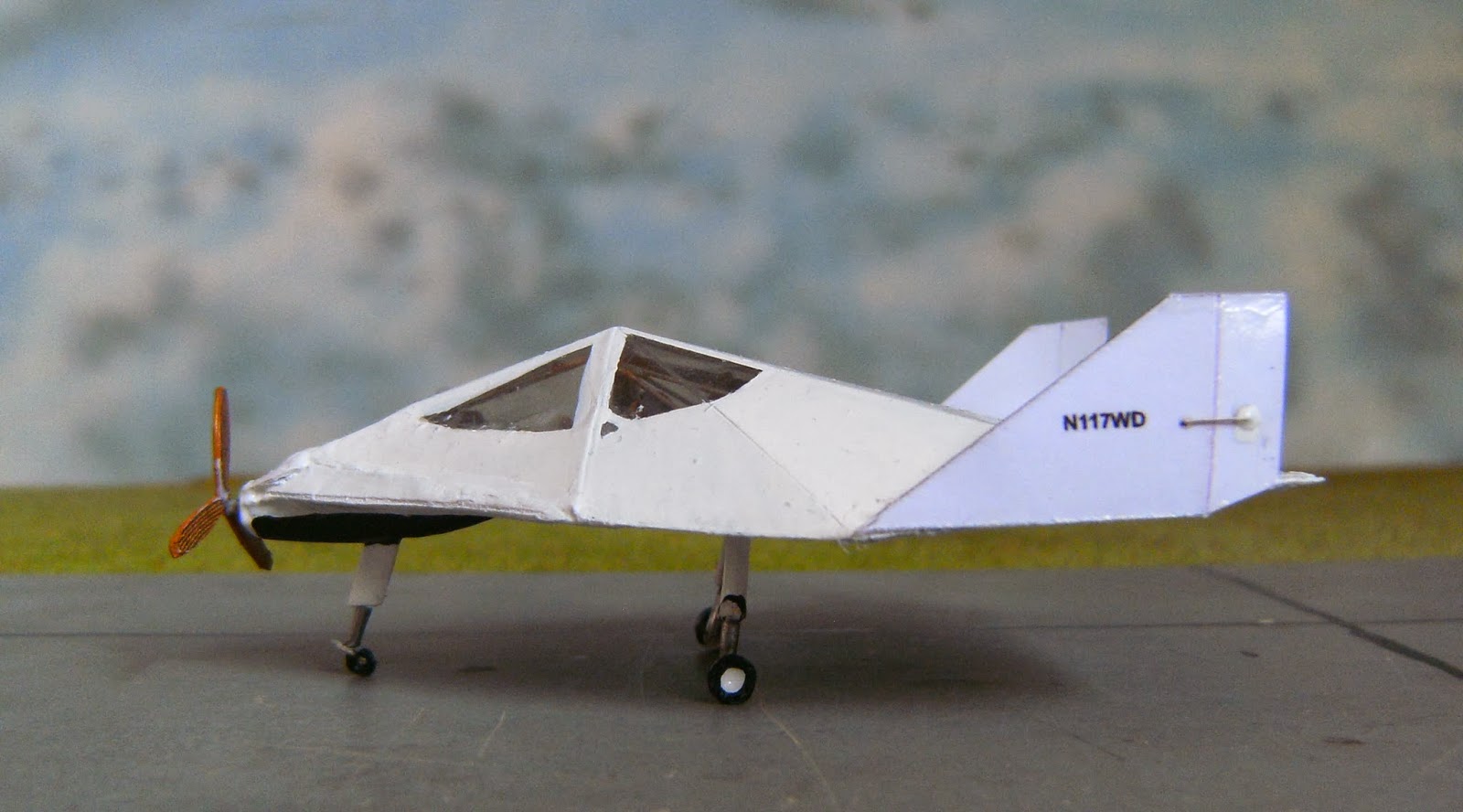 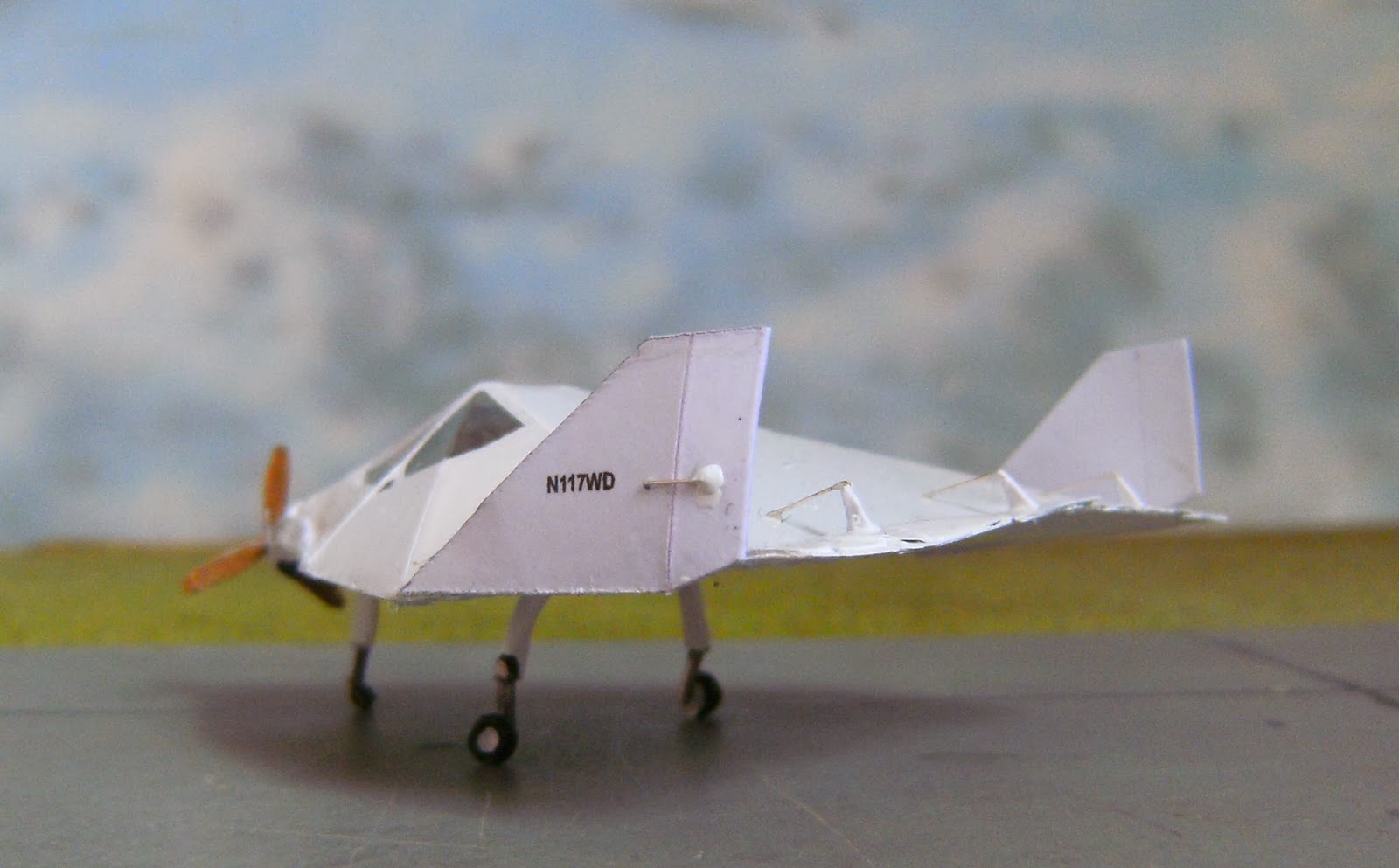 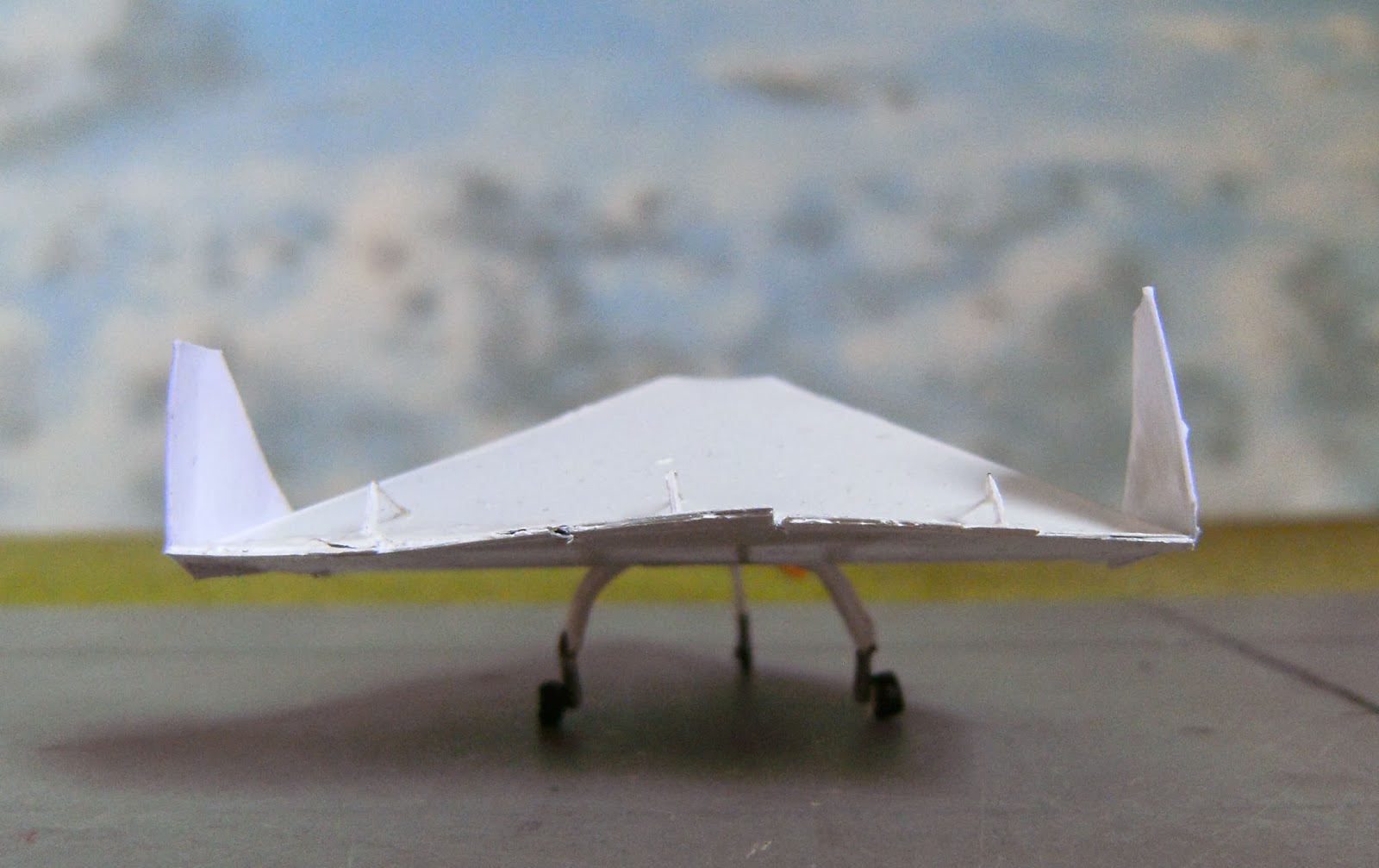 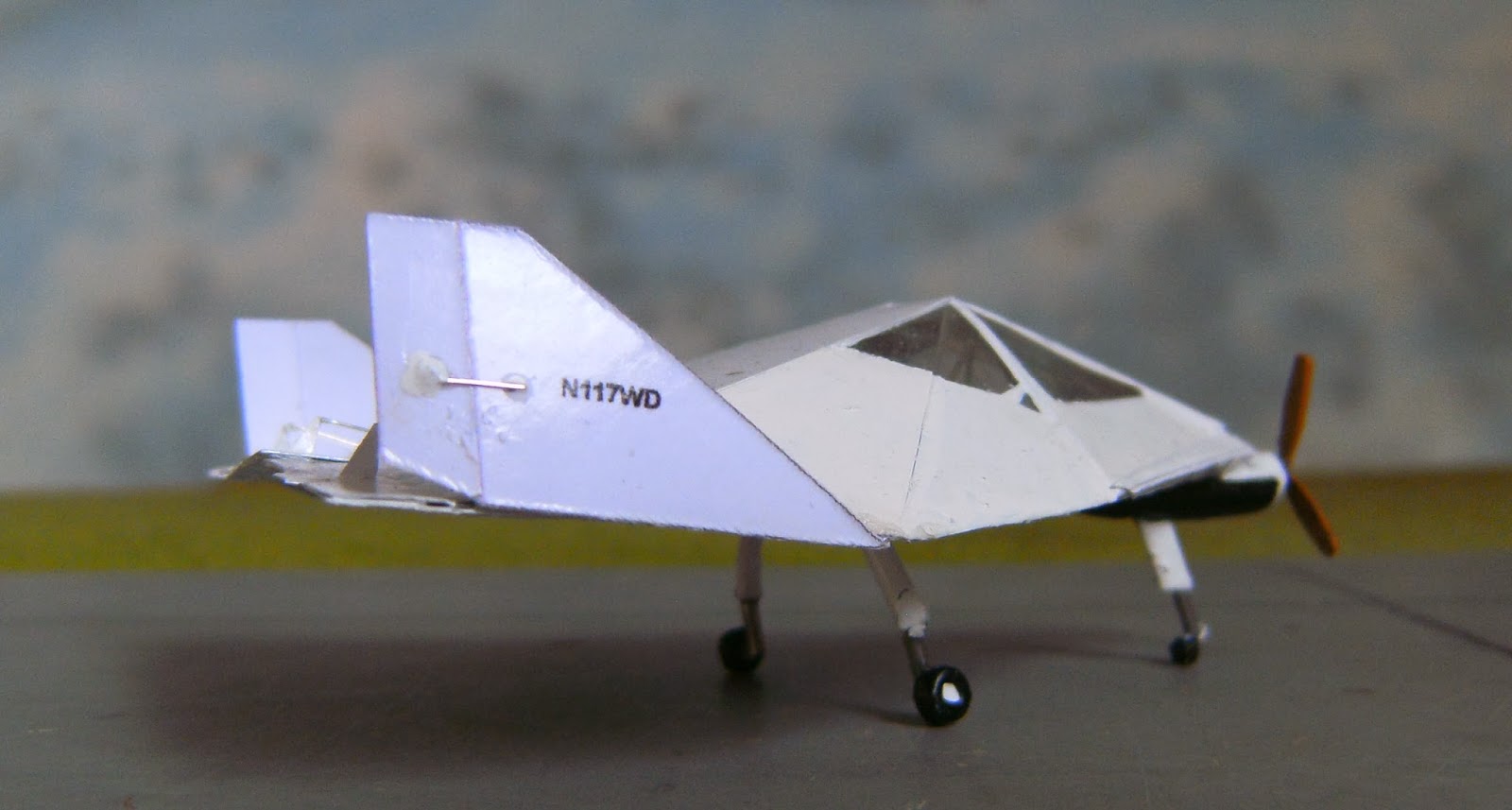 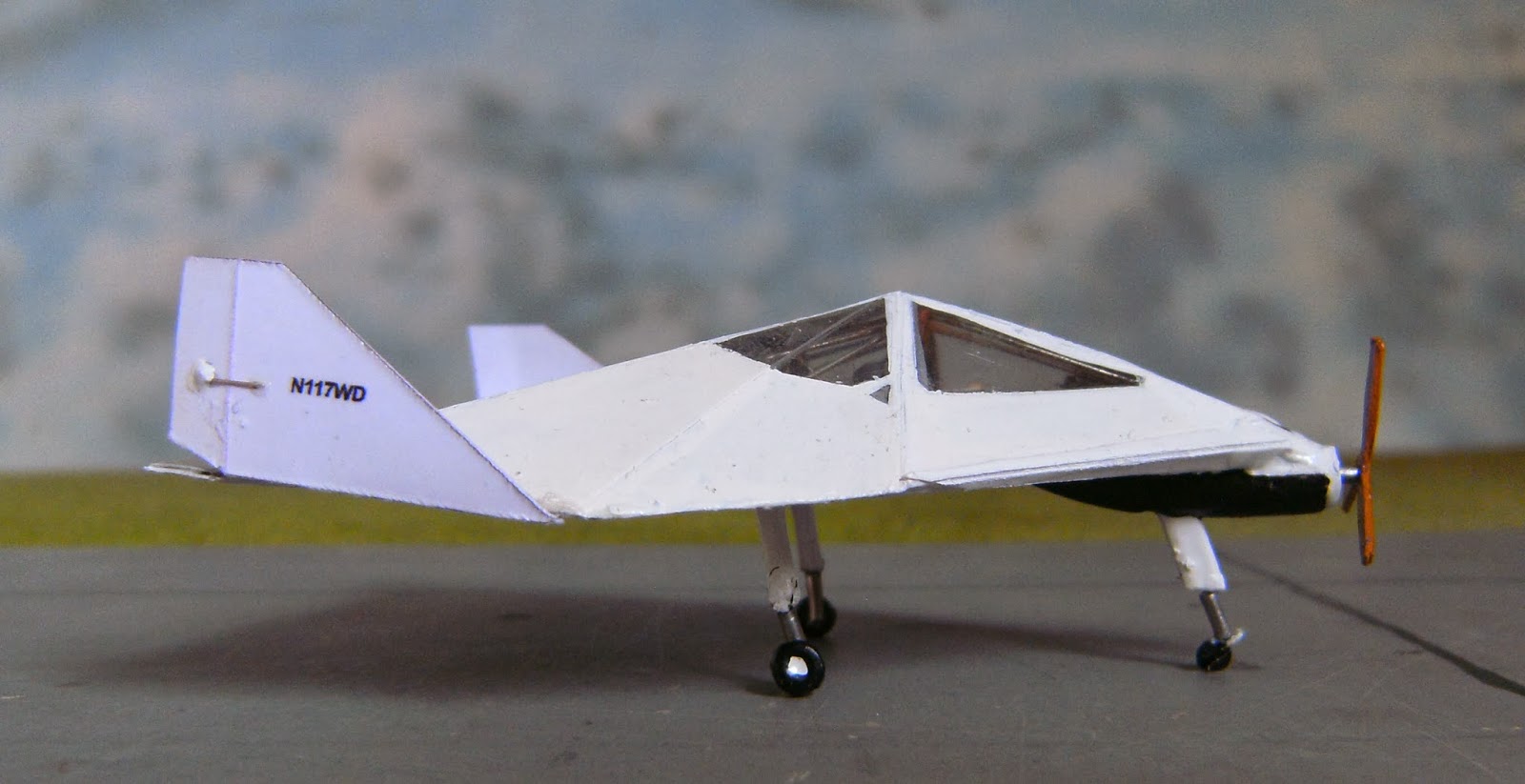 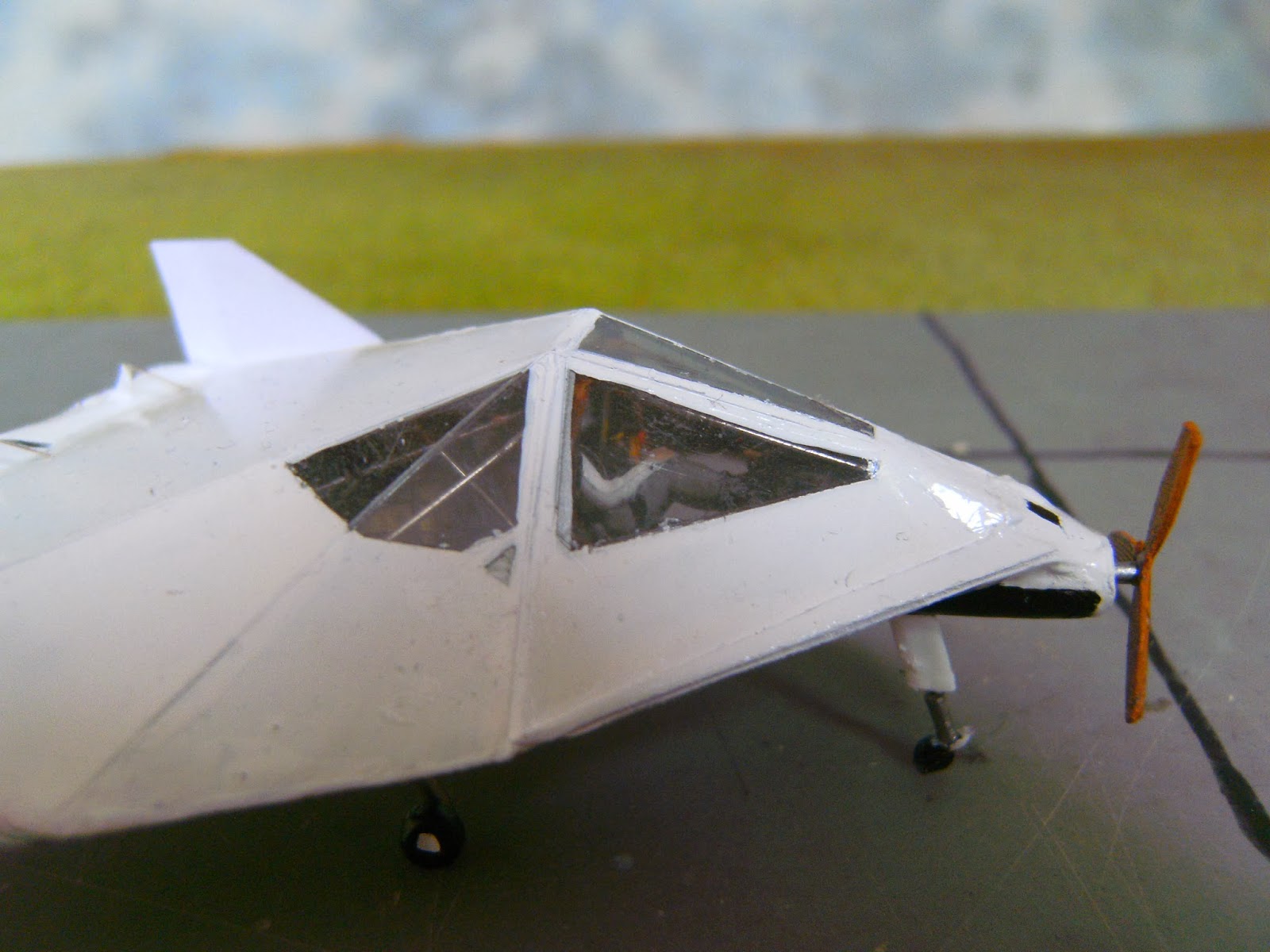 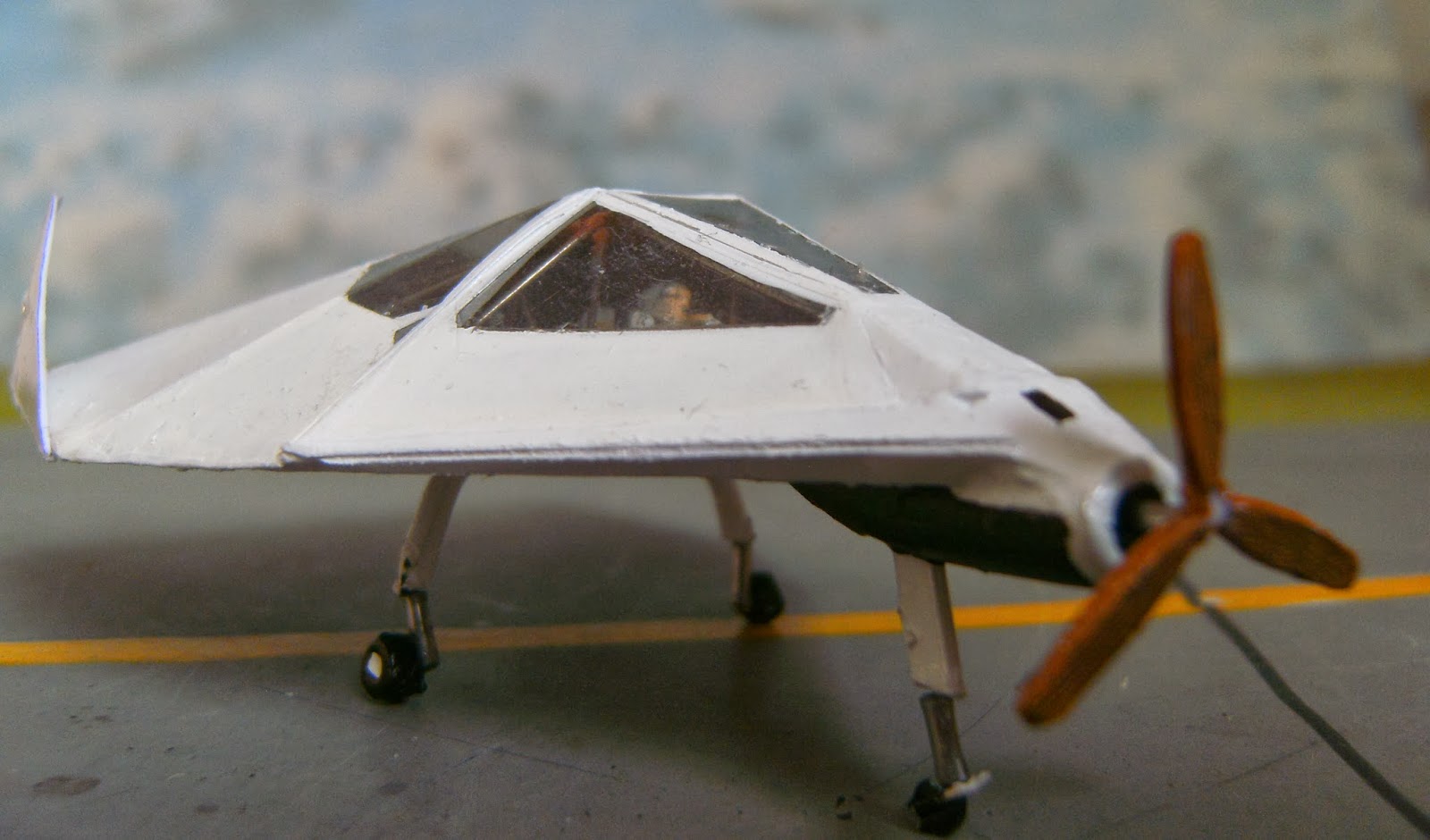