The All Terrain Scout Transport (AT-ST), also known as the chicken walker for its two-legged design, was a bipedal walker used by the Galactic Republic during the late Clone Wars and, later and more extensively, by the Galactic Empire during the Galactic Civil War. It was a successor of the AT-XT. 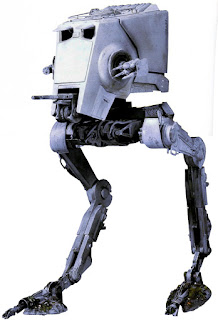 From Wookiepedia   All Terrain Scout Transport 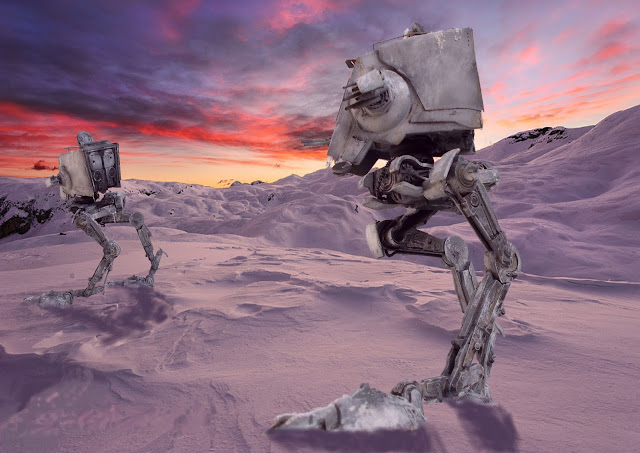 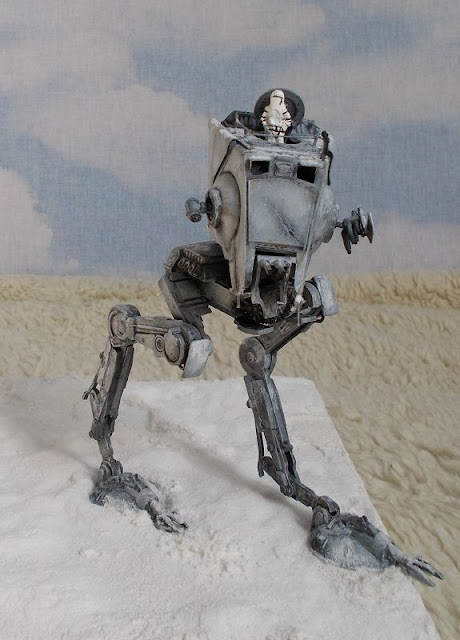 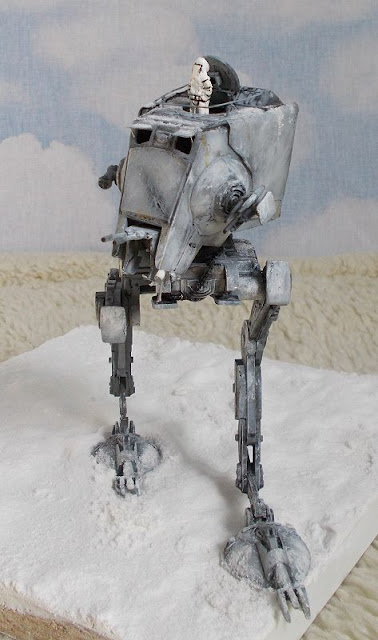 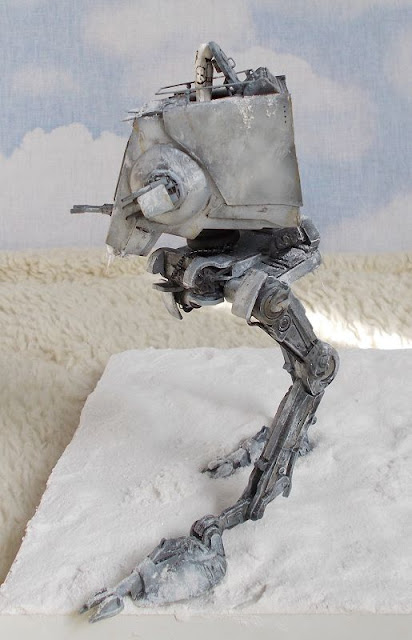 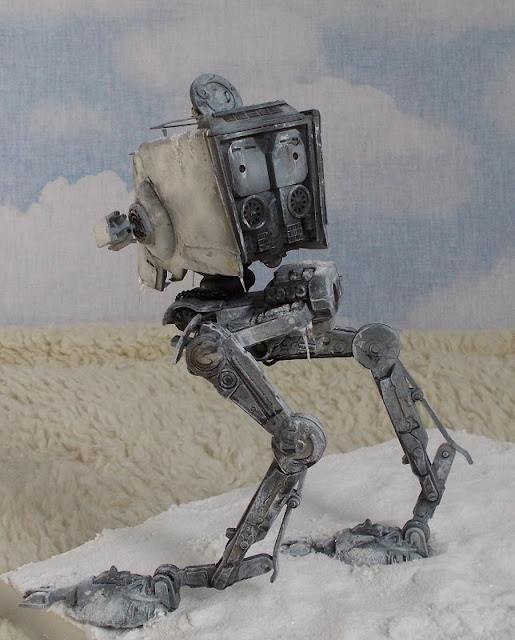 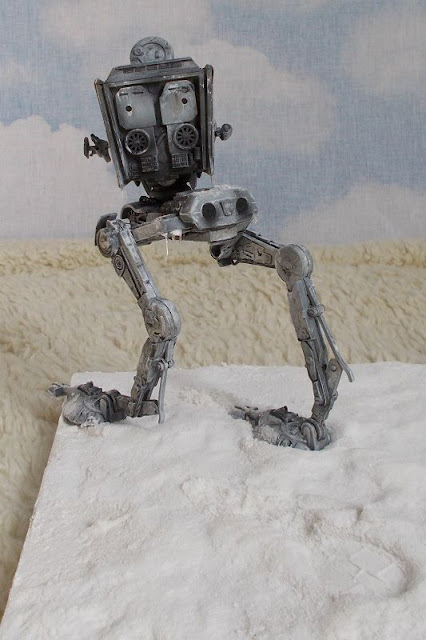 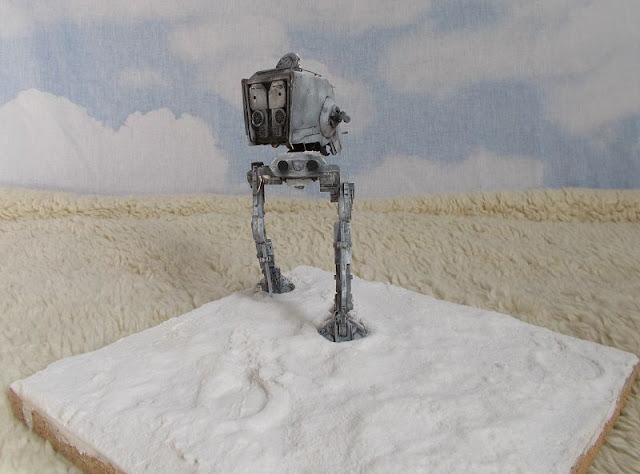 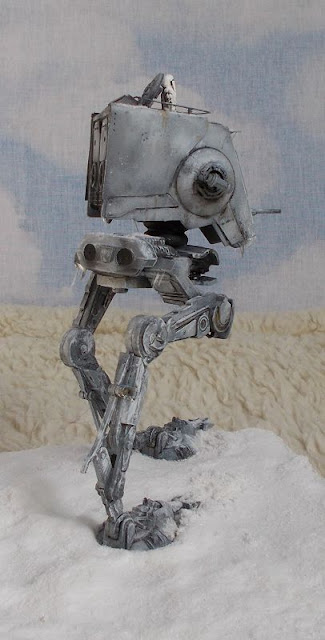 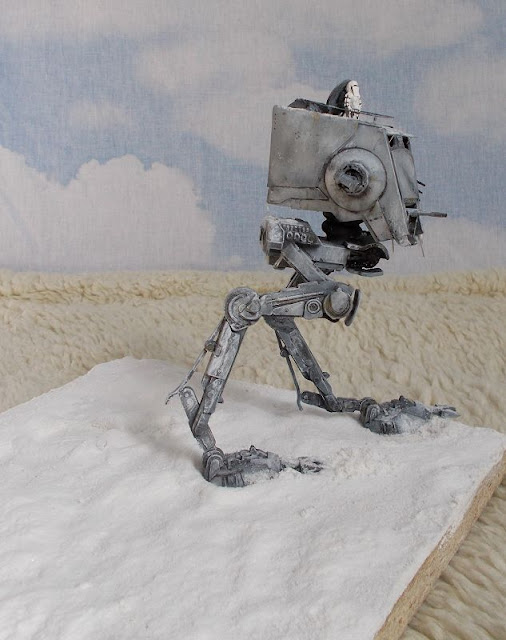 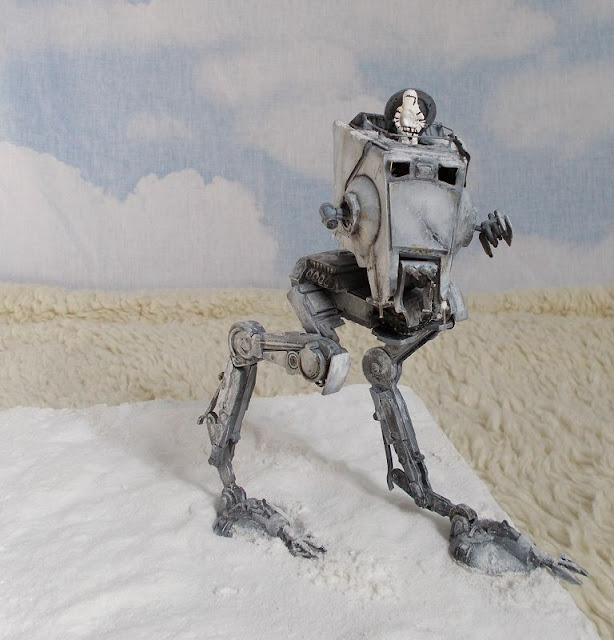 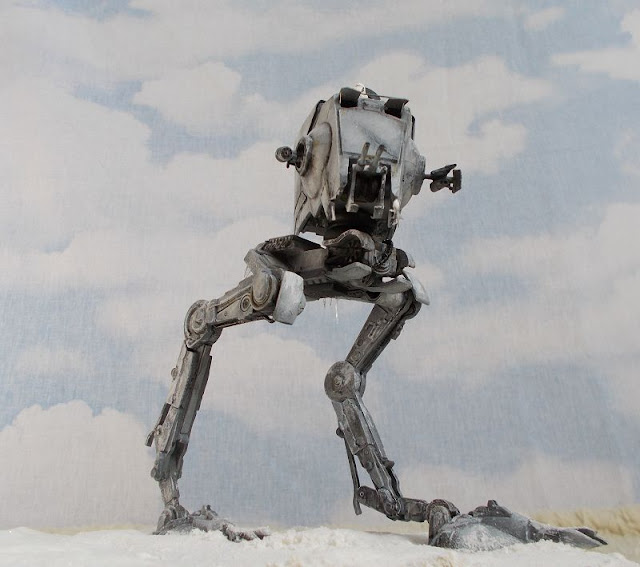 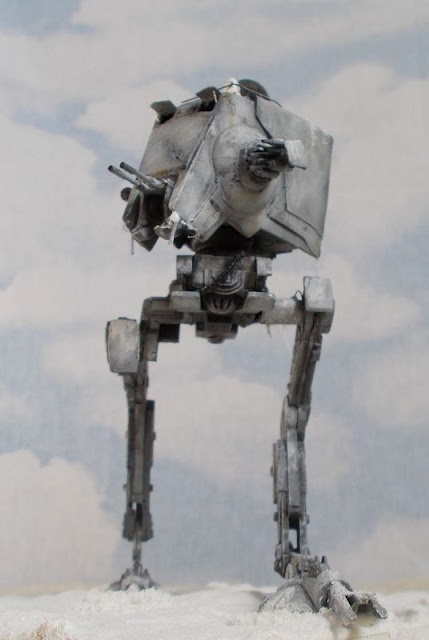 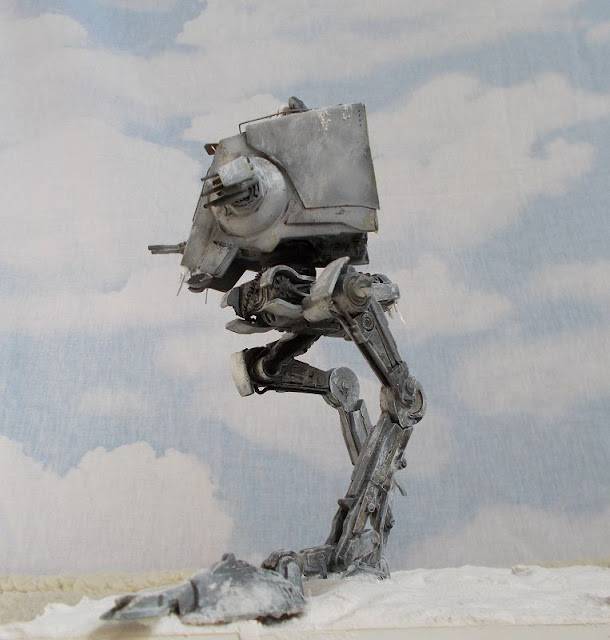 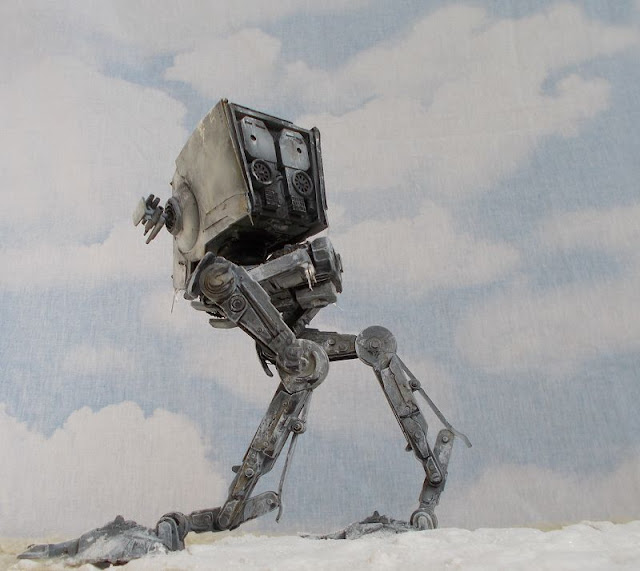 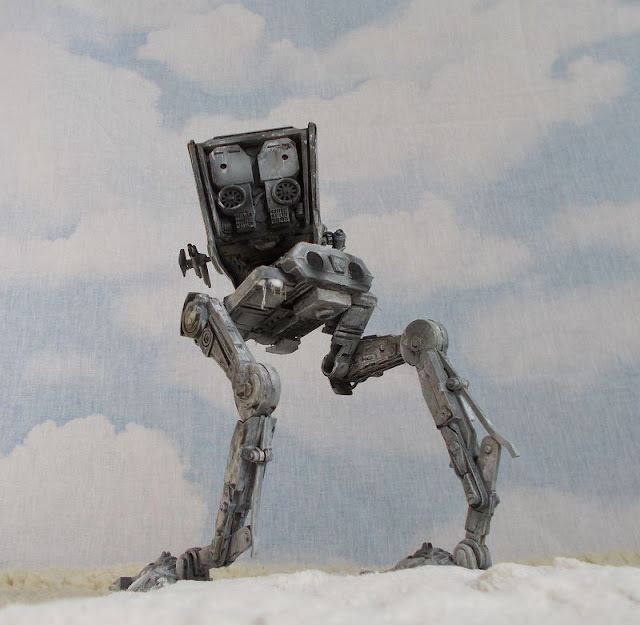 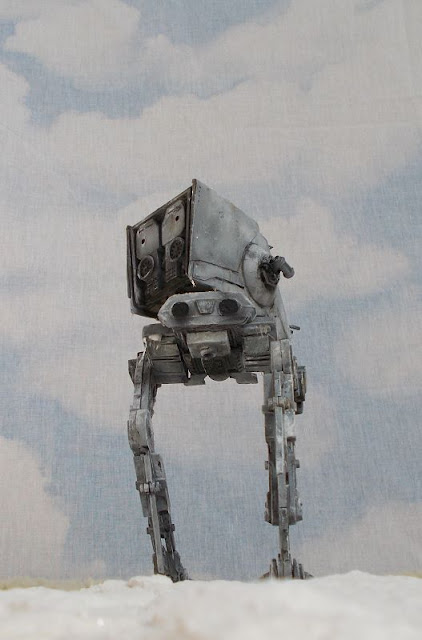 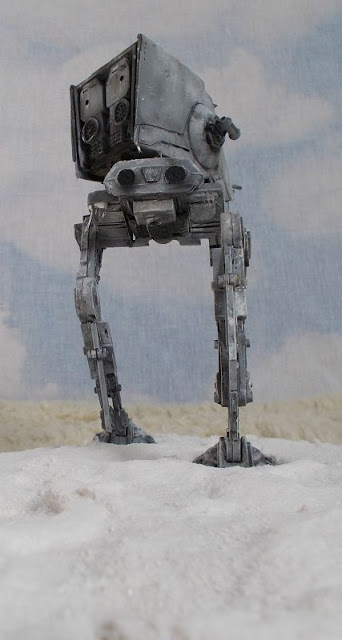 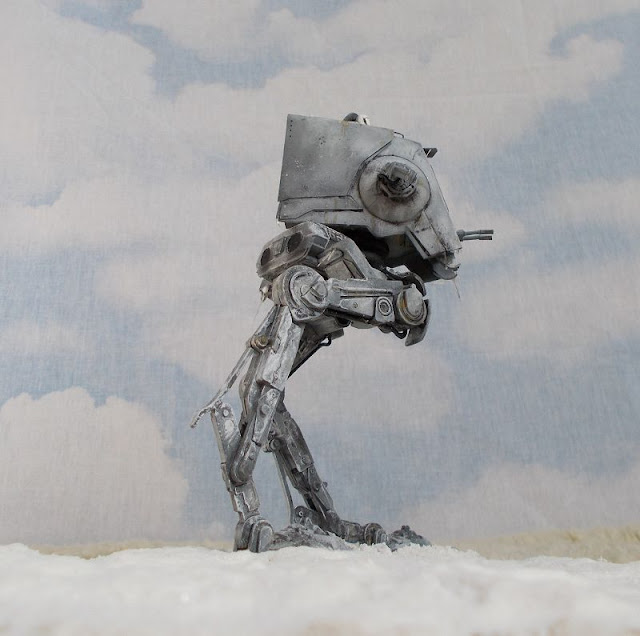 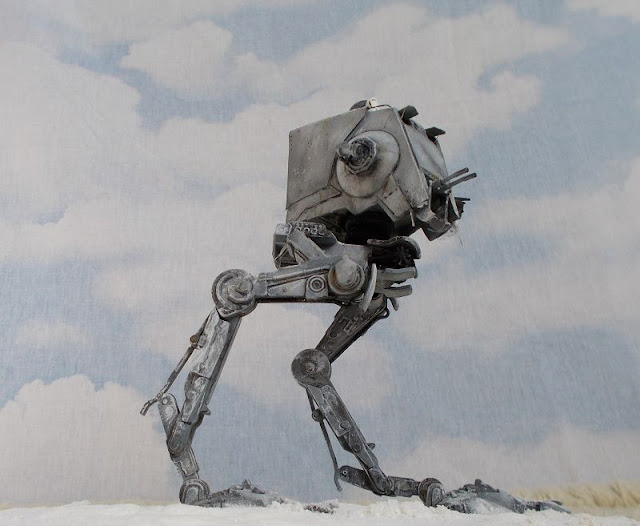 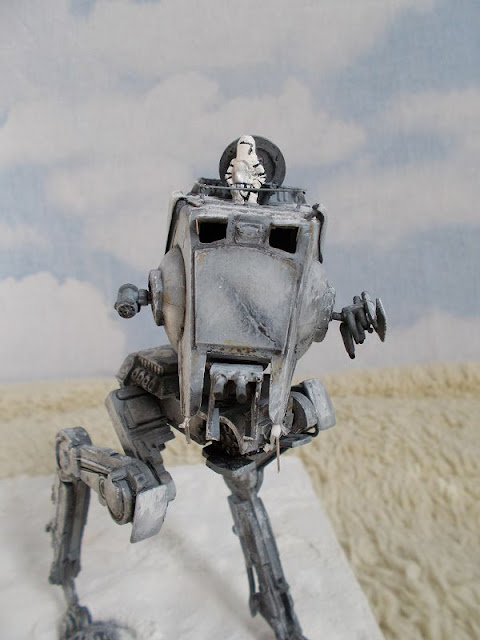 I built a scratch Cockpitsection for the AT-ST. Fotos as paradigm I used from the Film RETURN OF THE JEDI. 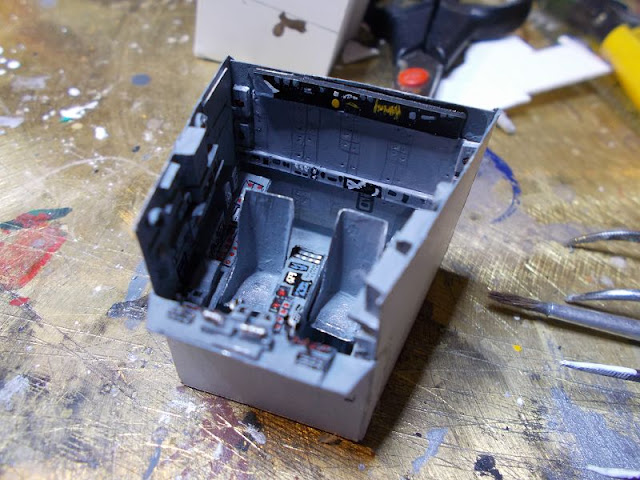 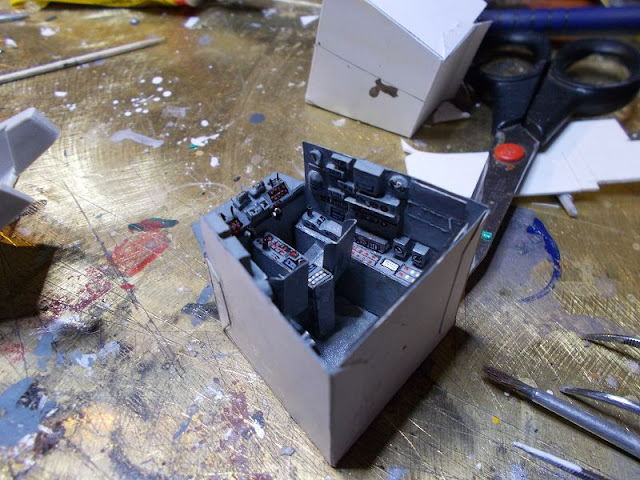 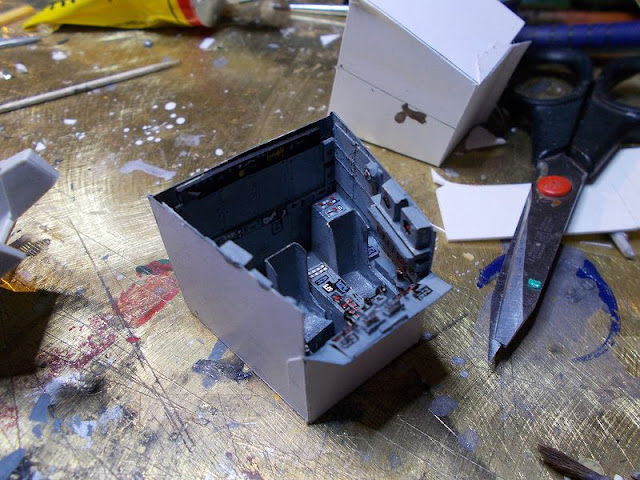