The Grumman X-29 was an experimental aircraft that tested a forward-swept wing, canard control surfaces, and other novel aircraft technologies. The aerodynamic instability of this arrangement increased agility but required the use of computerized fly-by-wire control. Composite materials were used to control the aeroelastic divergent twisting experienced by forward-swept wings, also reducing the weight. Developed by Grumman, the X-29 first flew in 1984; two X-29s were flight tested over the next decade.

The first X-29 flew for the first time on 14 December 1984 from Edwards AFB piloted by Grumman's Chief Test Pilot Chuck Sewell. The X-29 was the third forward-swept wing jet-powered aircraft design to fly; the other two were the Nazi Germany Junkers Ju 287 (1944 and post-war by the USSR) and the HFB-320 Hansa Jet (1964). On 13 December 1985, a X-29 became the first forward-swept wing aircraft to fly at supersonic speed in level flight.

The X-29 began a NASA test program four months after its first flight. The X-29 proved reliable, and by August 1986 was flying research missions of over three hours involving multiple flights. The first X-29 was not equipped with a spin recovery parachute, as flight tests were planned to avoid maneuvers that could result in departure from controlled flight, such as a spin. The second X-29 was given such a parachute and was involved in a high angle-of-attack research program. The NASA test program continued from 1984 to 1991. The X-29s flew 242 times.
The NASA Dryden Flight Research Center reported that the X-29 demonstrated a number of new technologies and techniques, and new uses of existing technologies, including the use of "aeroelastic tailoring to control structural divergence", aircraft control and handling during extreme instability, three-surface longitudinal control, a "double-hinged trailing-edge flaperon at supersonic speeds", effective high angle of attack control, vortex control, and demonstration of military utility. 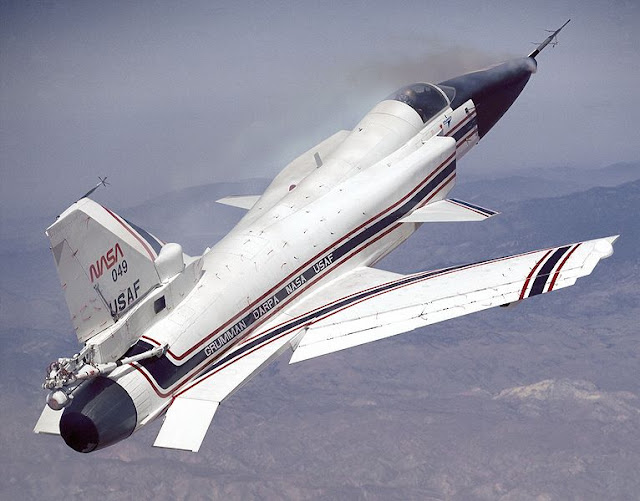 My wife build this wonderful liitle kit of the X-29 from Dragon. I was surprised how many detailes this model features that the 1/72 kit missed. In the Fotos the cockpitglasses are unpainted, but this has been corrected meanwhile. 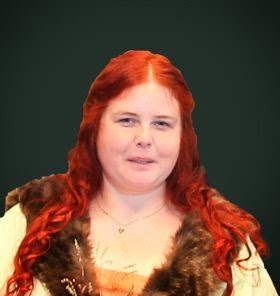 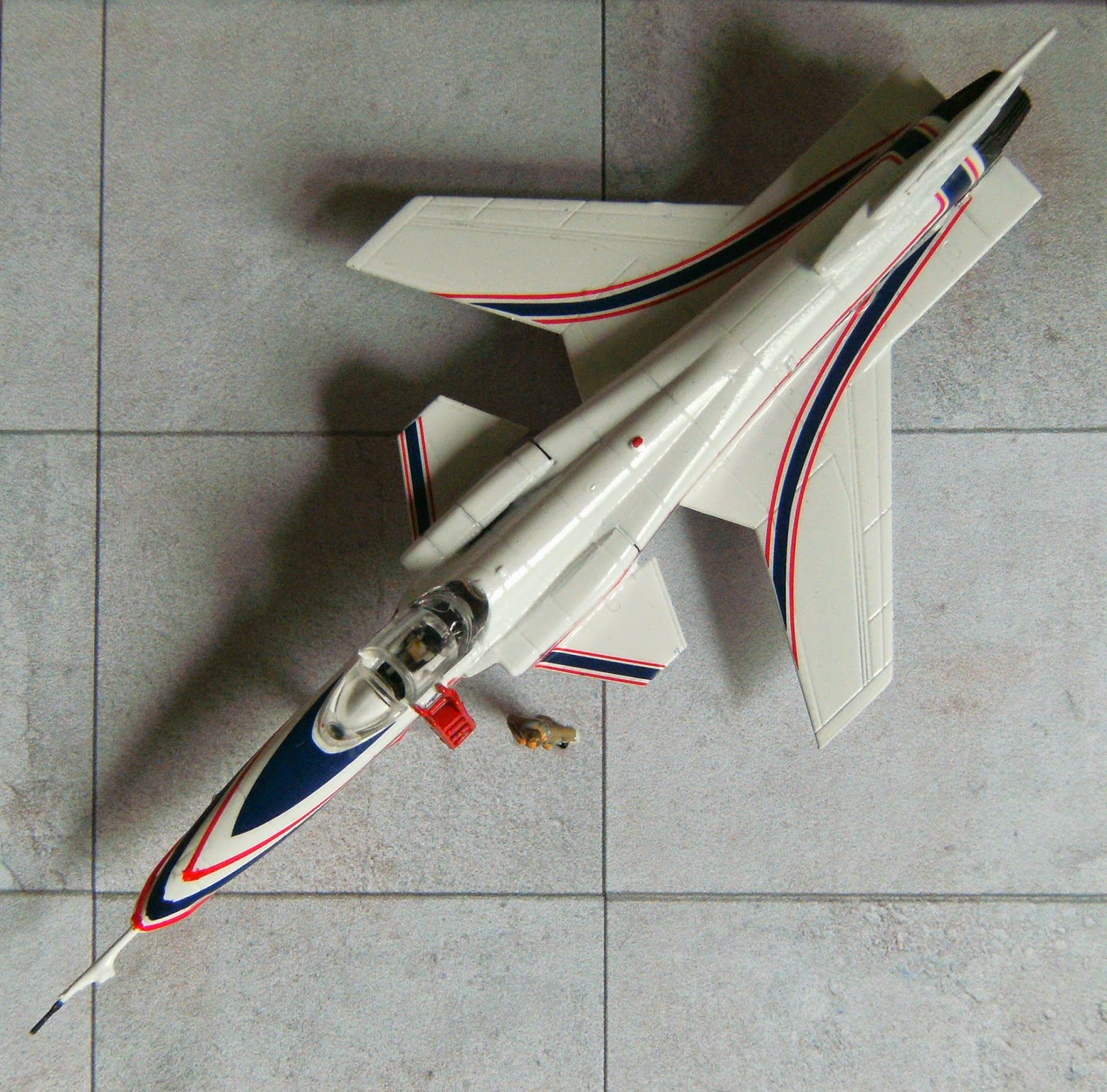 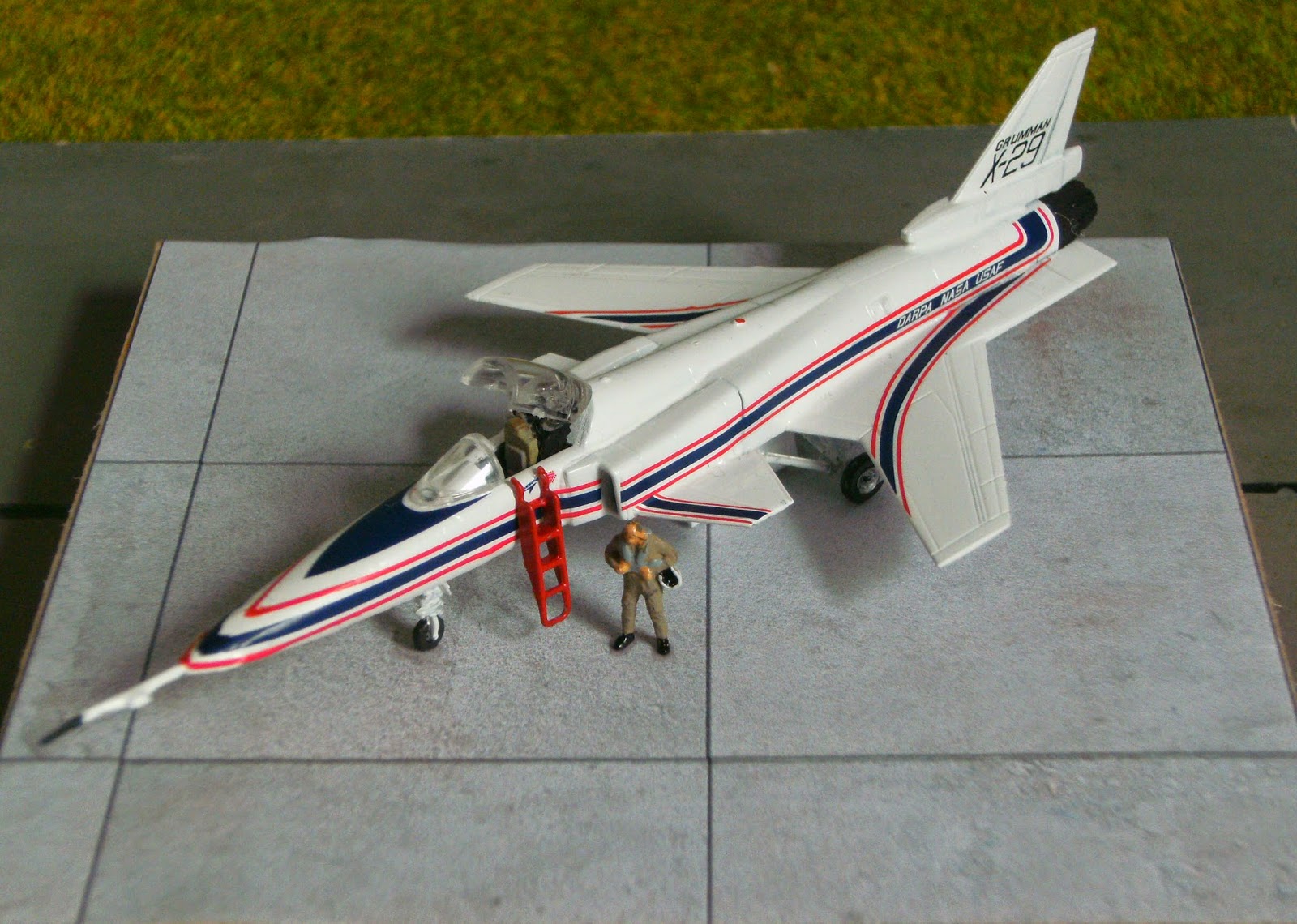 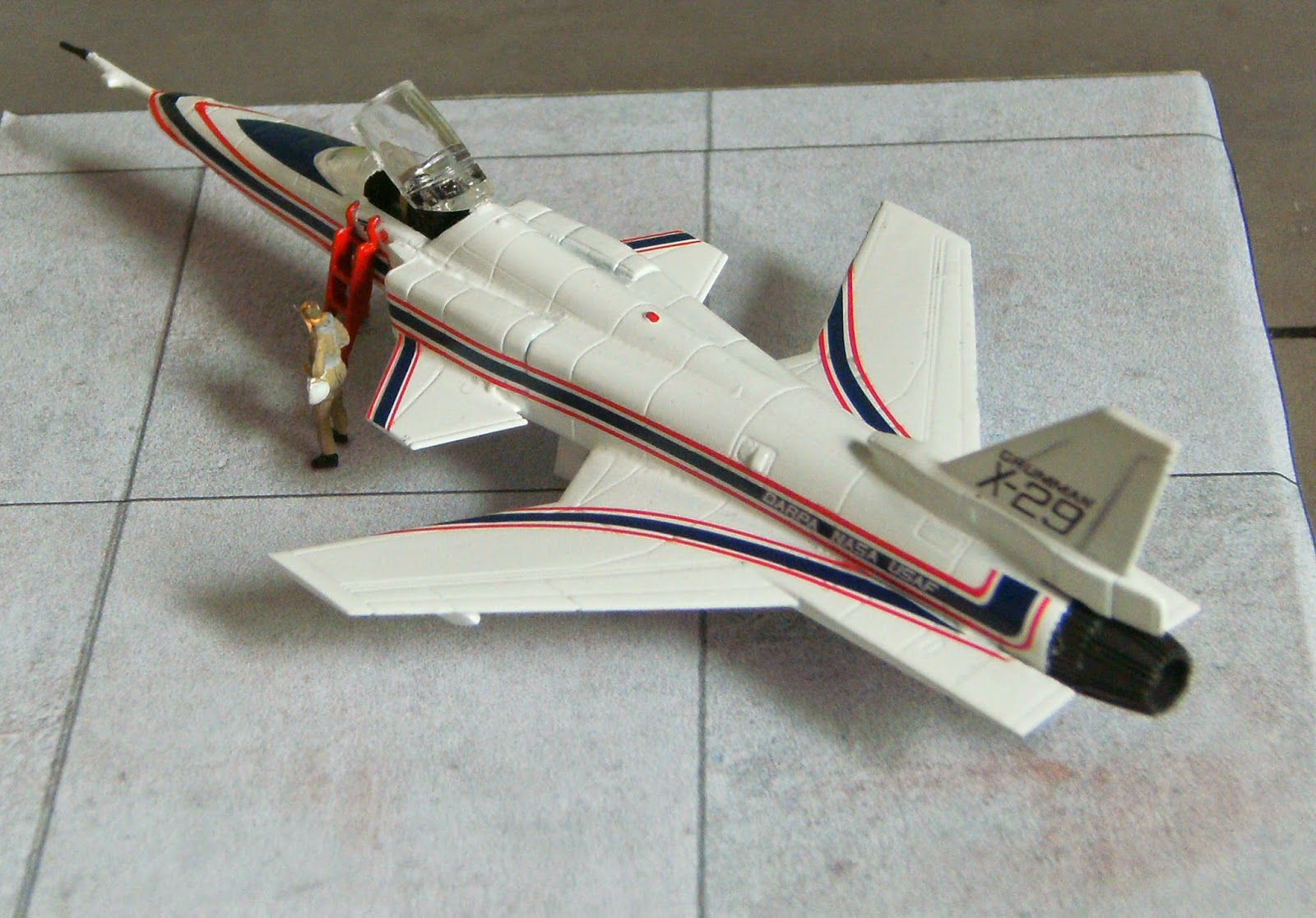 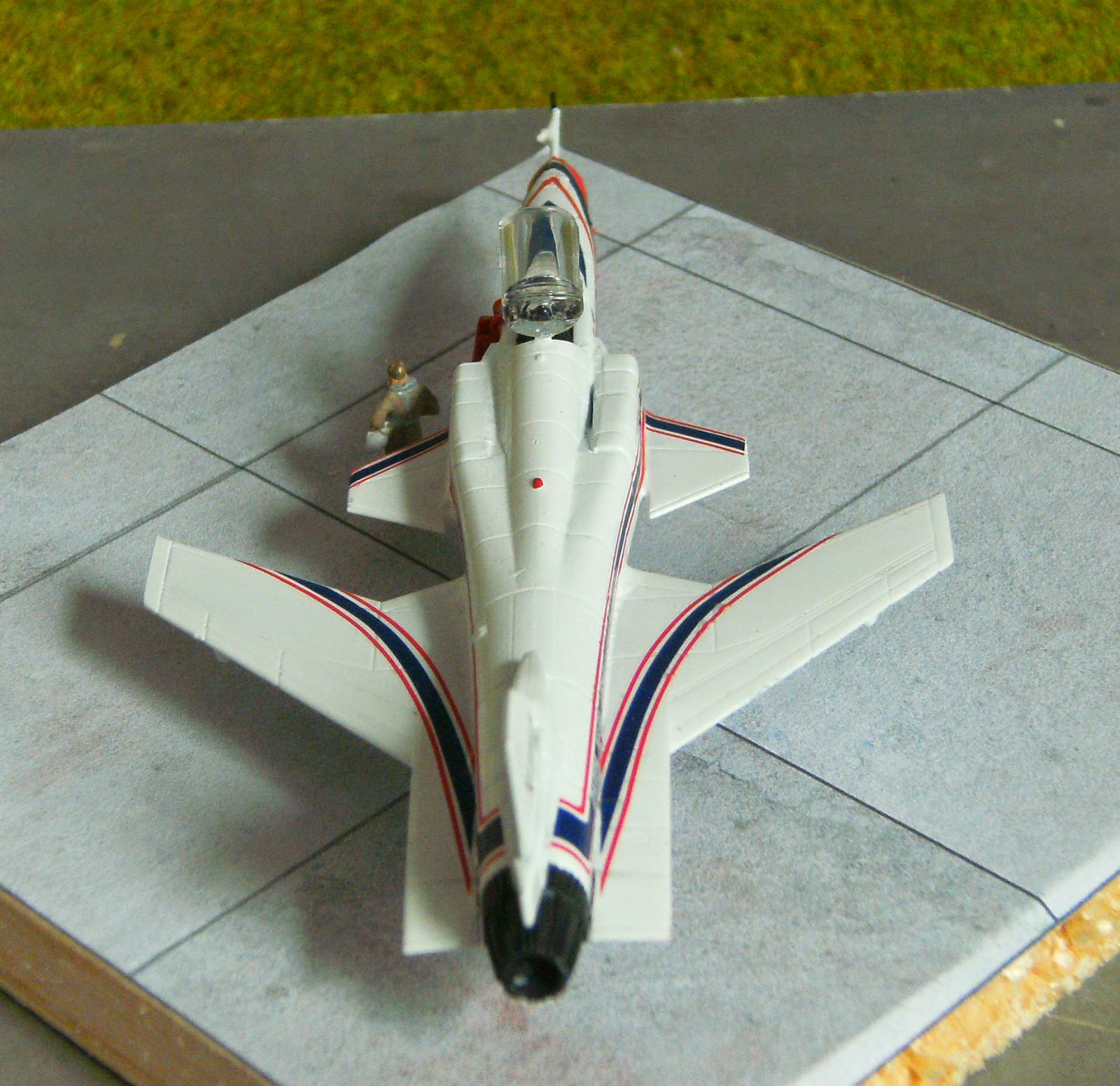 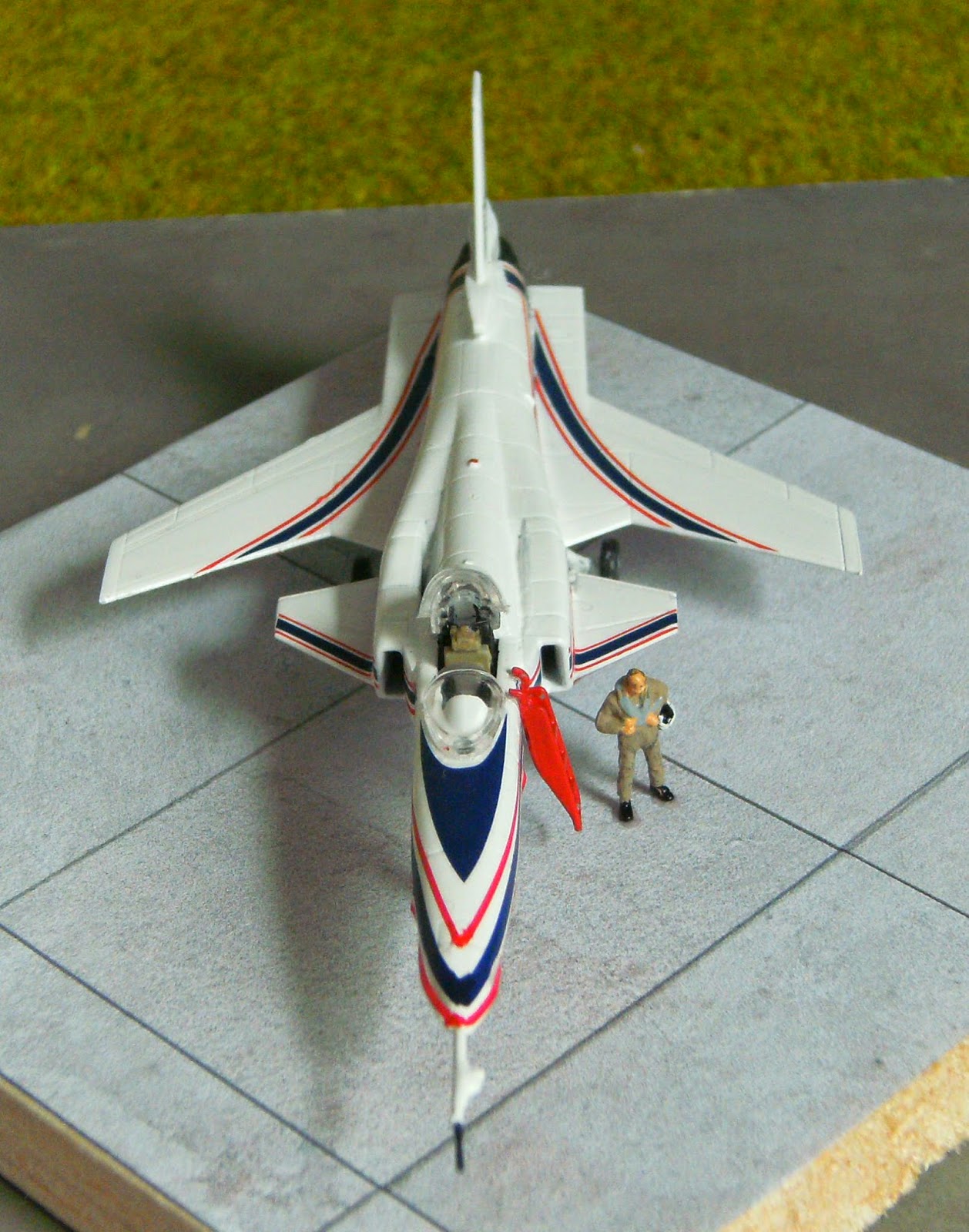 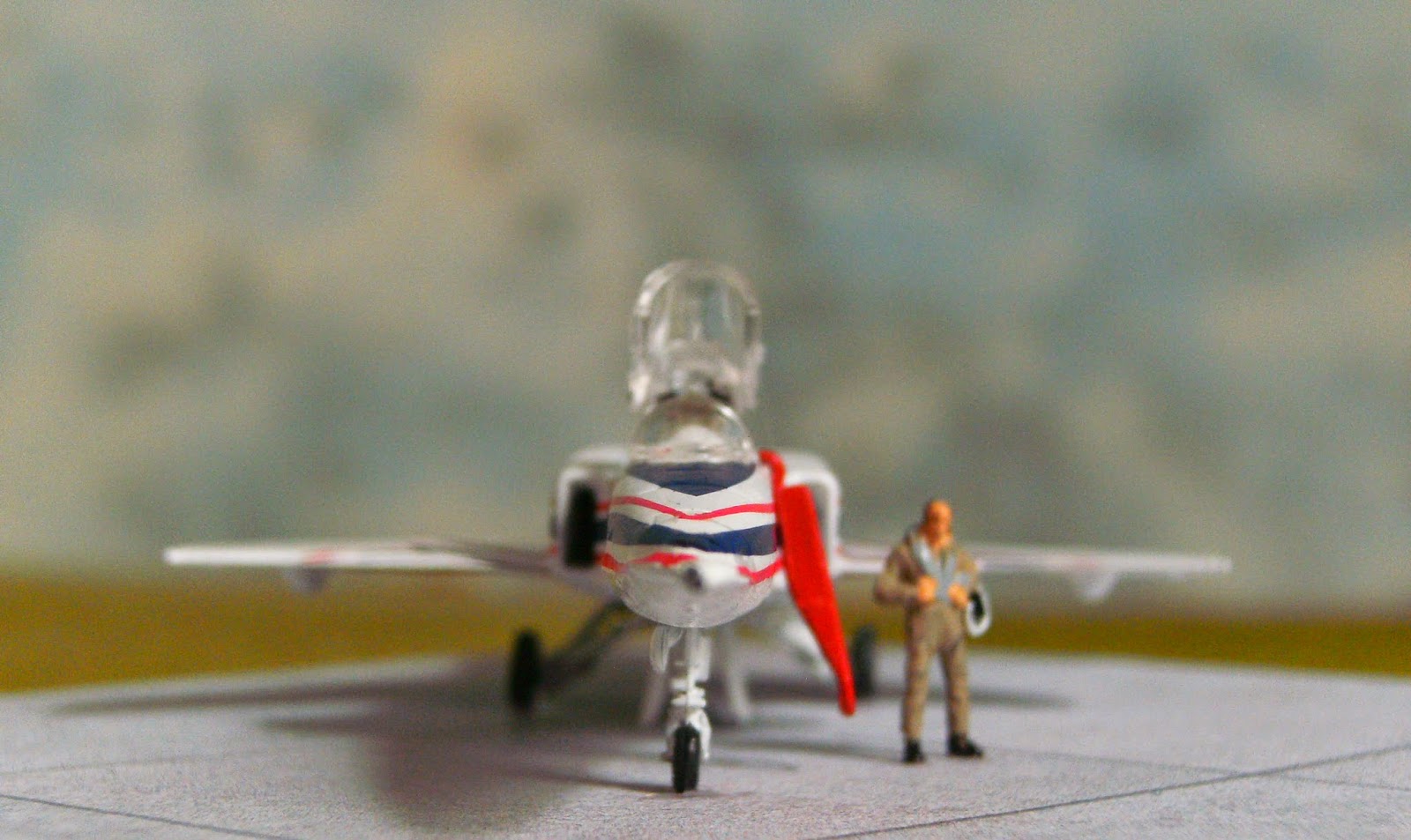 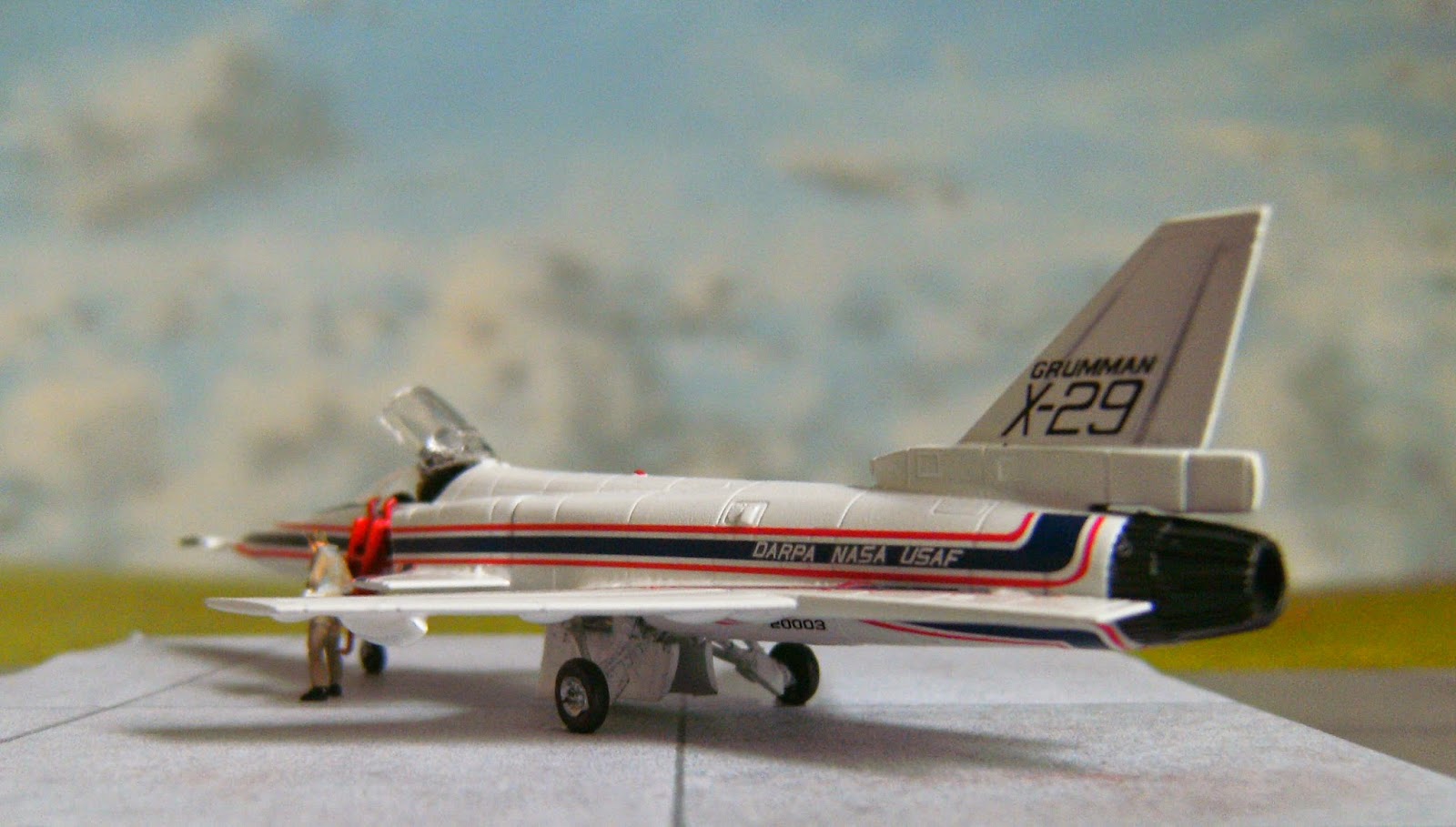 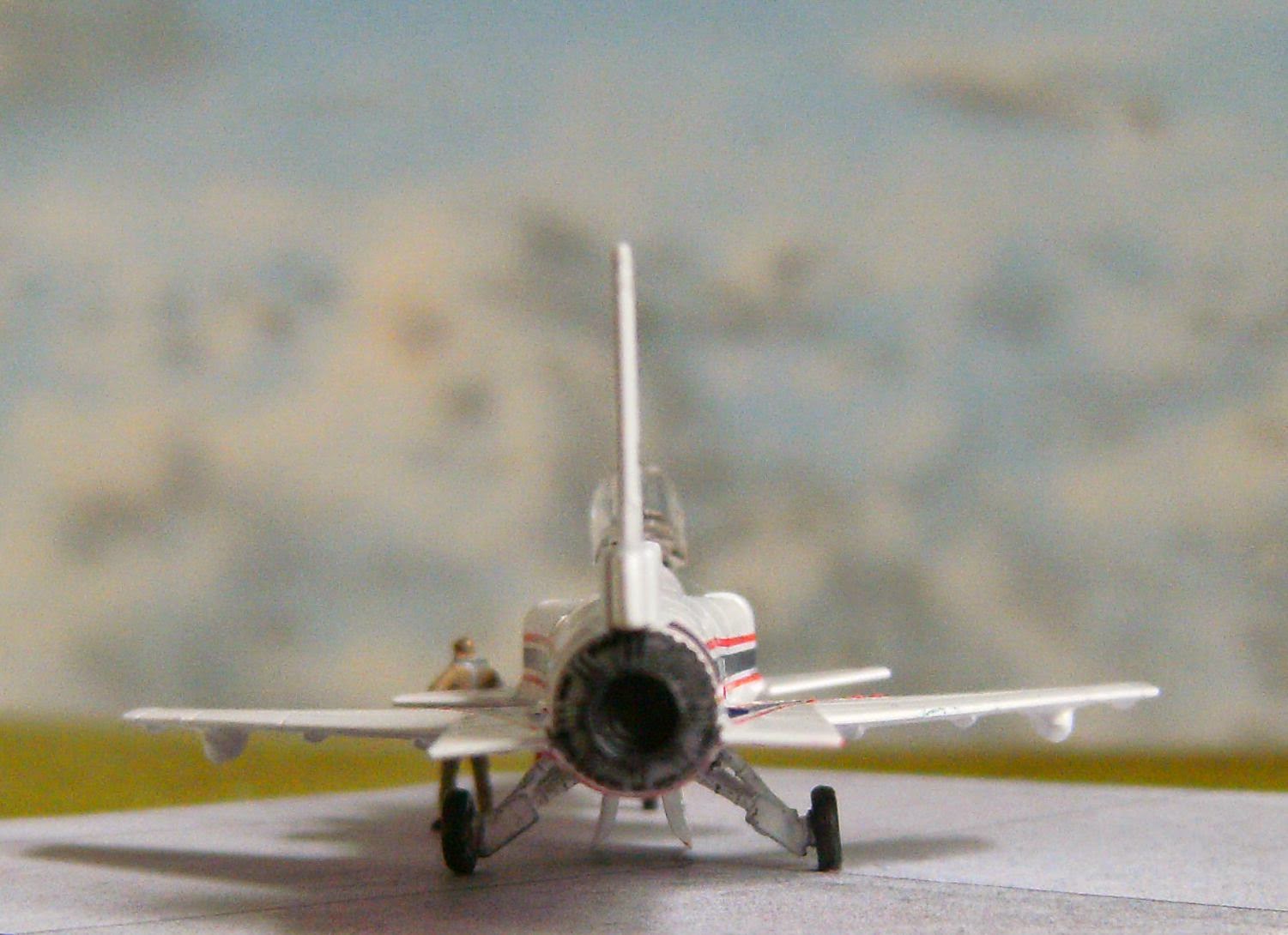 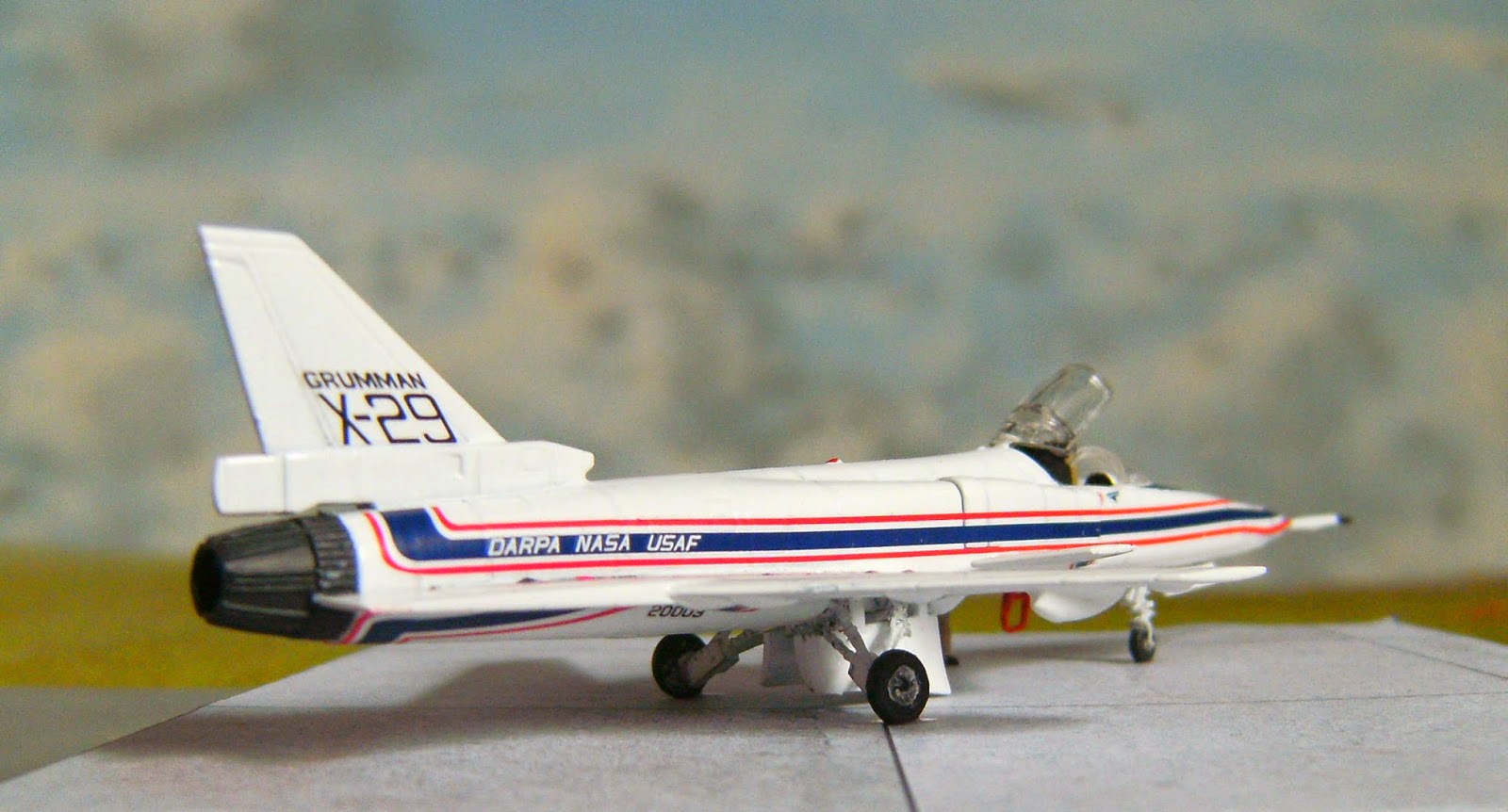 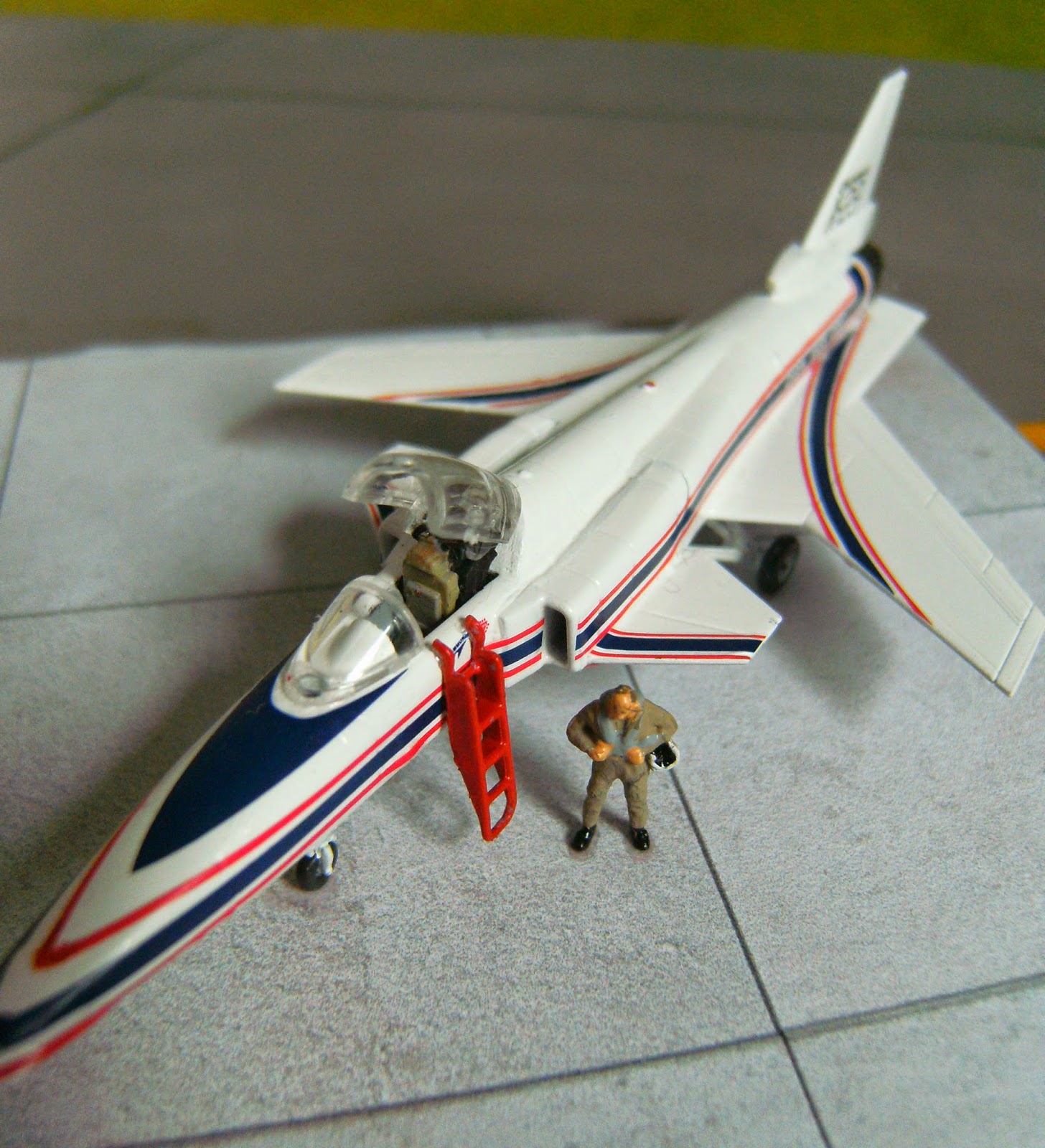