The Ilyushin Il-28 (Russian: Илью́шин Ил-28 NATO reporting name: Beagle) is a jet bomber aircraft of the immediate postwar period that was originally manufactured for the Soviet Air Force. It was the USSR's first such aircraft to enter large-scale production. It was also licence-built in China as the Harbin H-5. Total production in the USSR was 6,316 aircraft, and over 319 H-5s were built. Only 187 examples of the HJ-5 training variant were manufactured. In the 1990s hundreds remained in service with various air forces over 60 years after the Il-28 first appeared. The only H-5s in service are approximately 30 aircraft which operate with the Korean People's Air Force.
The Il-28 has the USAF/DoD reporting name "Type 27" and NATO reporting name "Beagle", while the Il-28U trainer variant has the USAF/DoD reporting name "Type 30" and NATO reporting name Mascot. 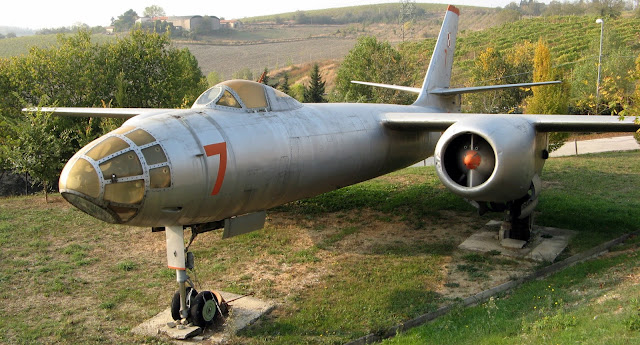 The Il-28 was widely exported, serving in the air arms of some 20 nations ranging from the Warsaw Pact to various Middle-Eastern and African air forces. Egypt was an early customer, and targeting Egyptian Il-28s on the ground was a priority for the Israeli Air Force during the Suez Crisis, Six Day War, and Yom Kippur War. The Soviet Union was in the process of providing the type for local assembly in Cuba when this was halted by the Cuban Missile Crisis, after which Nikita Khrushchev agreed to remove them. The type also saw limited use in Vietnam and with the Afghan forces in Afghanistan. Four ex-Egyptian and two ex-Soviet Il-28s (all with Egyptian crews) were operated by the Nigerian Air Force in the Biafra Wars. Yemeni Il-28s took part in the civil war in that country. Finland also had four examples of this type delivered between 1961 and 1966 for target-towing duties. They remained in service until the 1980s.
The Soviet Union withdrew the type in the 1980s, while the last Soviet-built examples were still flying in Egypt into the 1990s.
The People's Republic of China received over 250 Soviet built Il-28s from 1952, and when the Sino-Soviet split occurred in the late 1950s, it decided to place the Il-28 into production, despite no manufacturing license being obtained. Chinese built aircraft differed from the original Soviet aircraft in that they have a redesigned wing structure, abandoning the horizontal manufacturing break, saving 110 kilograms (240 lb) and the cost of more difficult construction. Chinese aircraft also used a different tail turret based on that of the Tupolev Tu-16, and fitted with faster firing AM-23 cannon.
Chinese-built Il-28s designated H-5 and built by HAMC were also flying in the 1990s with several hundred in China itself, and a smaller number in North Korea and Romania. The three main Chinese versions are the H-5 bomber, followed by the HJ-5 trainer, and the H-5R (HZ-5) long range (in comparison to the reconnaissance version of Shenyang J-6) reconnaissance aircraft, and later, the HD-5 ECM/ESM version. The latter two types have been phased out.
The type is known to still be in active service the North Korean Air Force in respectable numbers, although little is known as to whether they are a mix of survivors from the batch of 24 Soviet manufactured aircraft delivered in the 1960s and some of the newer Chinese built H-5 variant, or are solely H-5s. Some of these are probably used for spares to maintain a small group of around a dozen serviceable aircraft for international bombing. They give North Korea a means of strategically bombing targets in South Korea and Western Japan, although they would be vulnerable to modern anti air missiles and interceptors.
Several Ilyushin Il-28s are preserved in museums and as monuments in Russia, Germany, Hungary and in other countries. 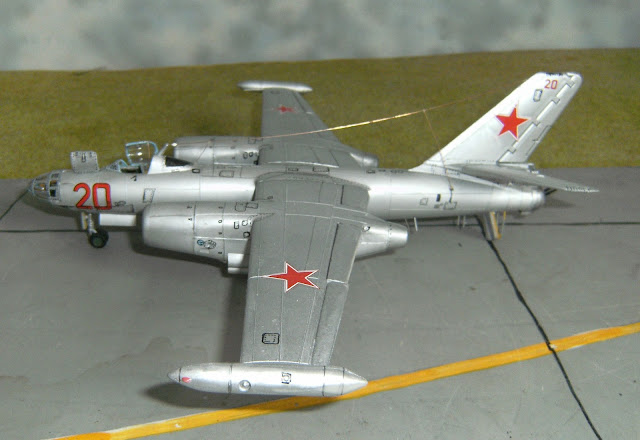 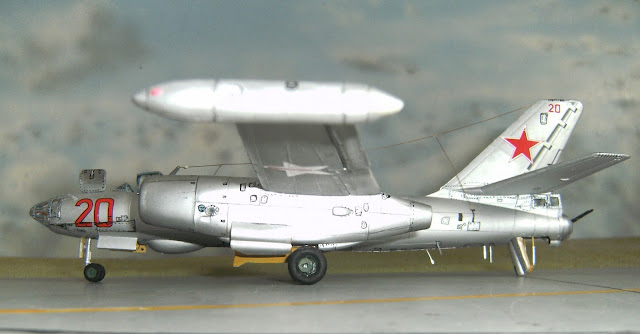 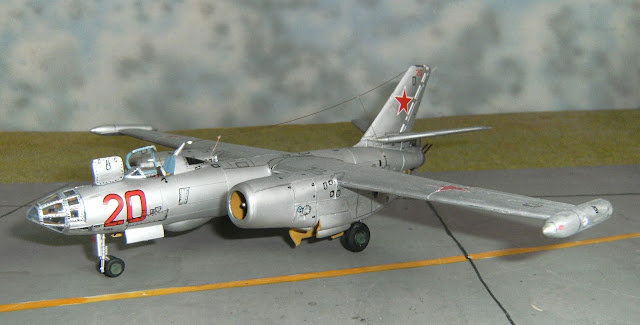 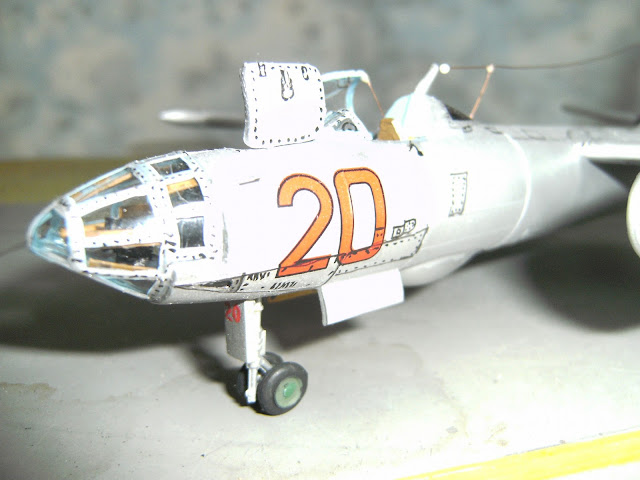 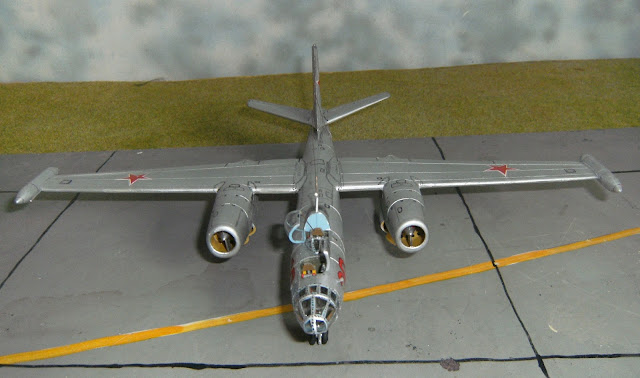 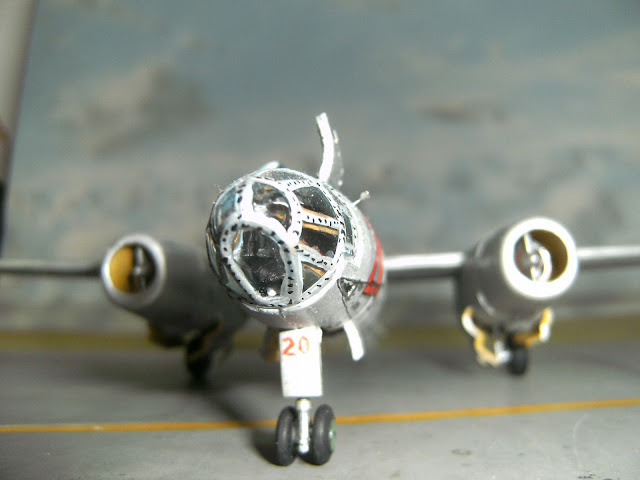 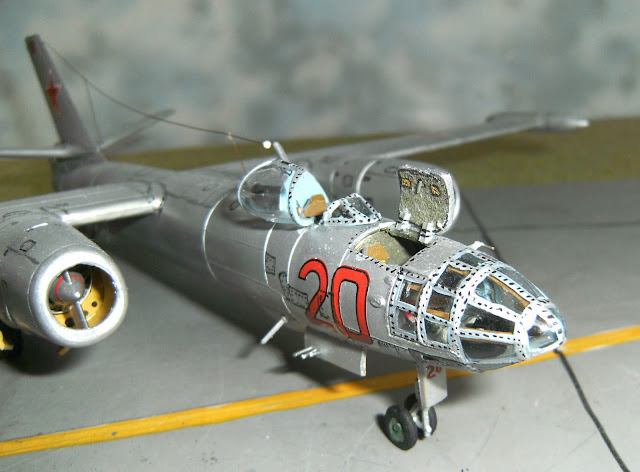 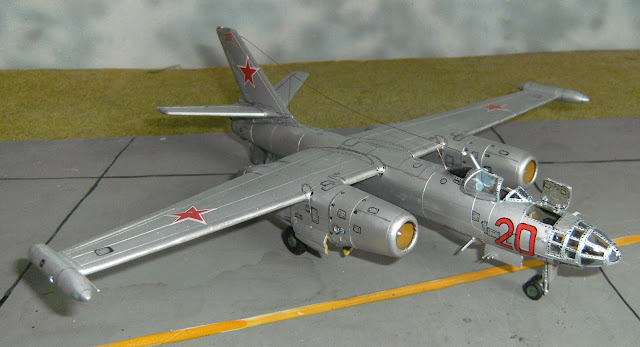 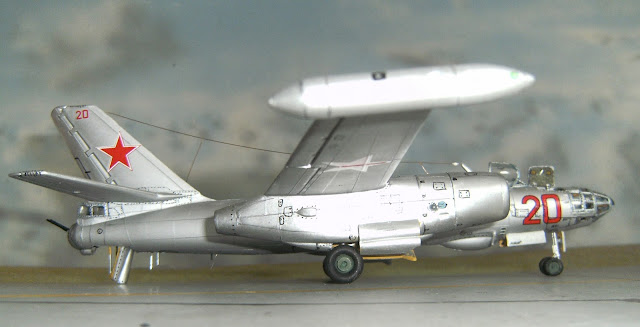 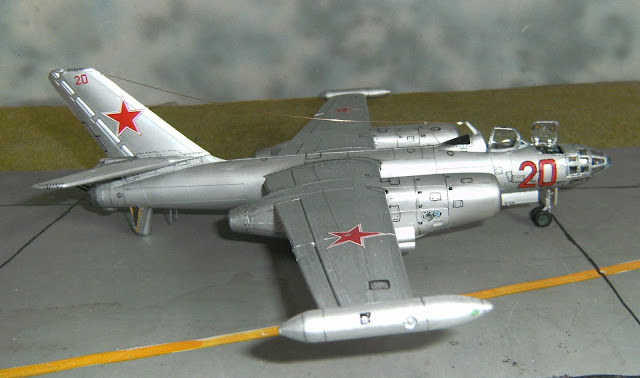 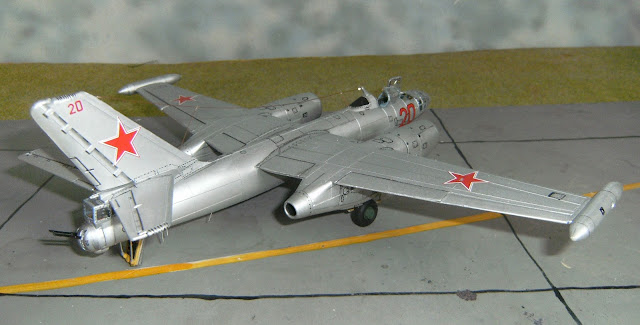 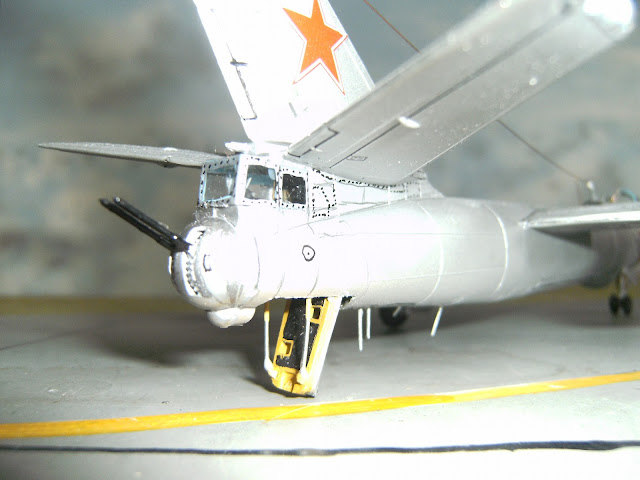 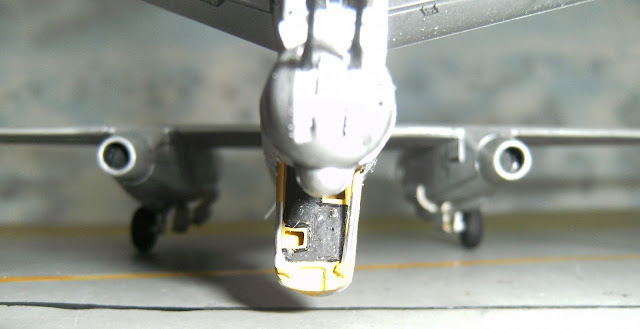 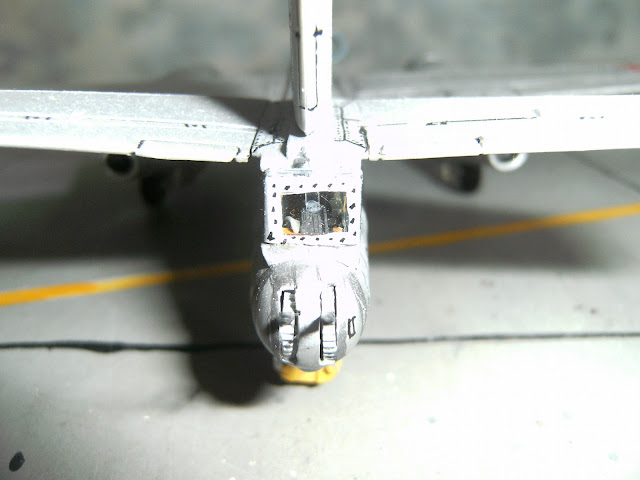 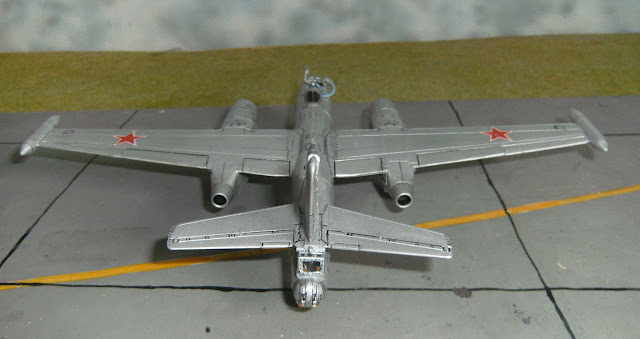 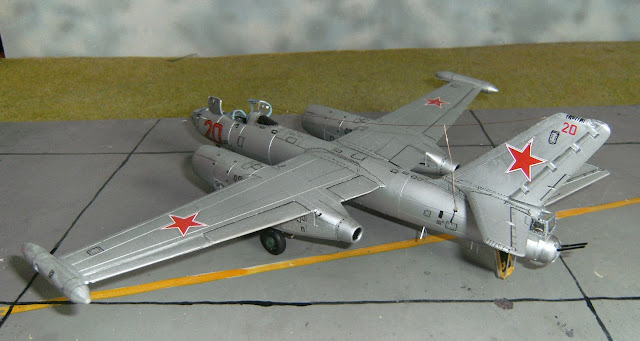 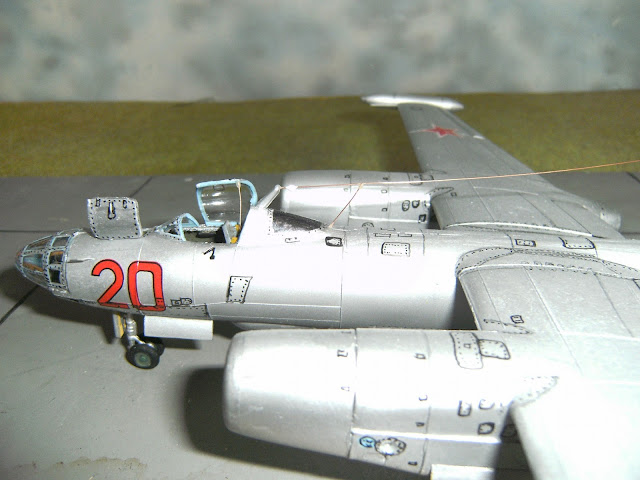 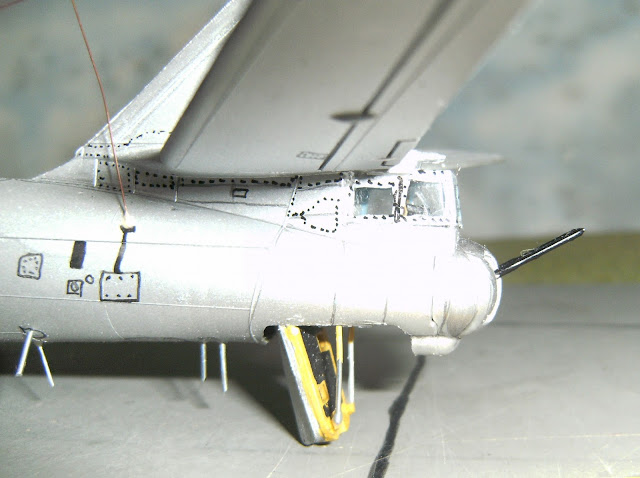 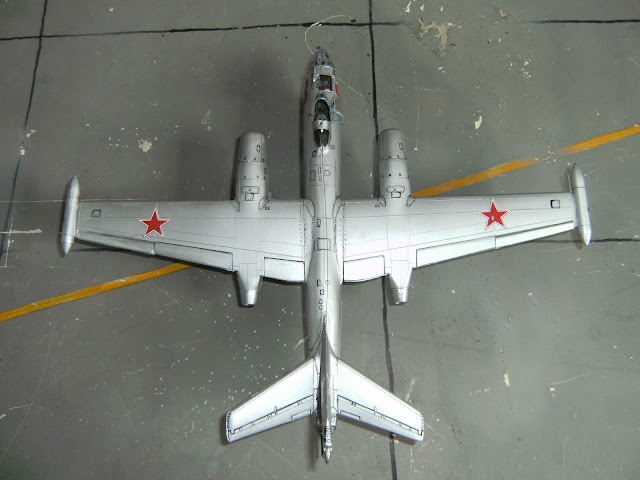 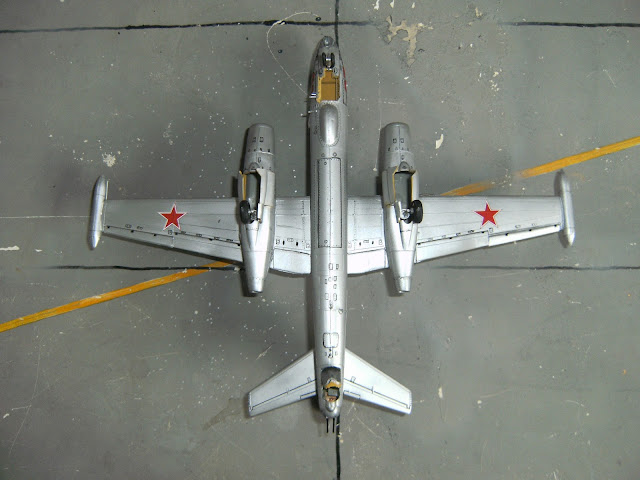